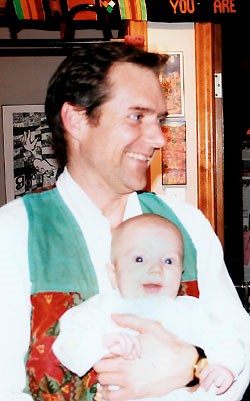 Sooden is a Canadian studying at Auckland University.

"Could you use the word optimisic or not?" the prime minister was asked by journalist Mike Hosking of Newstalk ZB Radio in a regularly scheduled interview.

"I think I'm pretty much in neutral gear," responded Clark. "The fact that we haven't heard bad news is positive. But we're all aware that a deadline set by the hostage takers has passed and we just have to hope that some of the messages - very powerful messages that are coming on behalf of the peacekeepers team - are getting through," the prime minister said.

"We know the jury is out," she added. "Some hostages have come back basically unharmed. Others have never returned to their families.

"We haven't had bad news, and we have to keep supporting the Canadians, working through whatever channels can be established, to try to ensure that [Sooden] and his friends come home safe."

"But obviously it's an extremely worrying time."

The same radio station is quoting Dr. Robert Patman, an international relations expert at Otago University, as saying that one potential outcome is that as Canadians, Sooden and Loney might be released before the two hostages from the United States and Britain.

The kidnappers have apparently realized that there's a difference between the Canadians and the captives from nations directly involved in military action against Iraq, Patman said.

The professor advises that the hostage-takers may be connected to one of Iraq's most ruthless insurgent groups.