The recommendations are more than four years old. Will they ever be implemented?
Oct 17, 2019 8:52 AM By: David Helwig 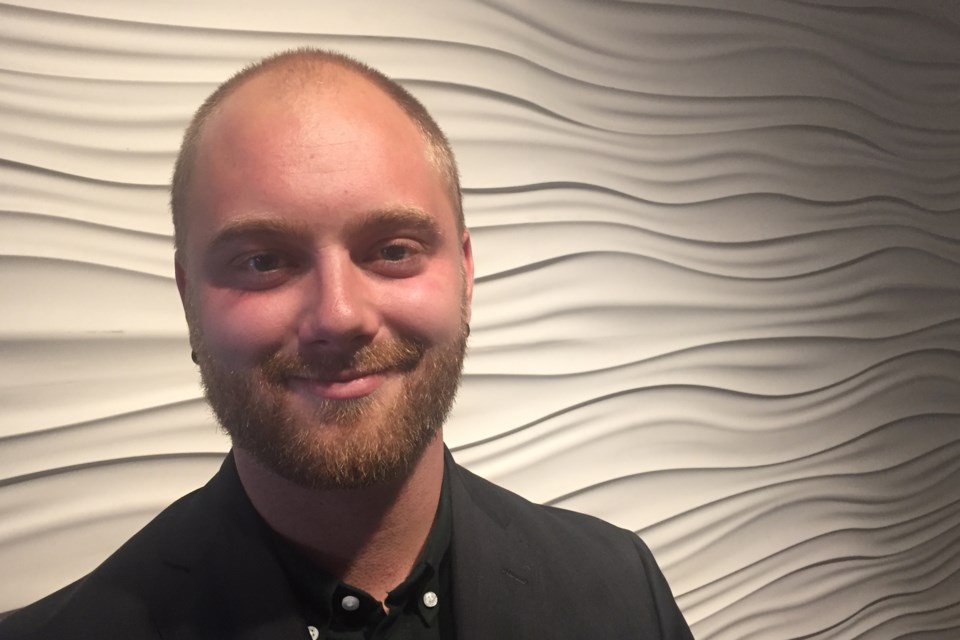 'The land we're on was an act of genocide' - Geo McLean, Sault Green Party candidate in next week's federal election. David Helwig/SooToday

The five Sault candidates in Monday's federal election were asked last night to comment on 94 'calls for action' made more than four years ago by Canada's Truth and Reconciliation Commission.

"The Truth and Reconciliation Commission released its final report in 2015, which was over four years ago. Ninety-four recommendations were made. What is your and your party's priority in terms of the implementation?" Trudeau asked at a debate organized by Sault Ste. Marie Chamber of Commerce and Algoma University's political science department.

Here, as transcribed by SooToday, are the full answers as delivered by the five candidates:

Thank you very much. We're committed to, um, all of them.

And I remember a story.

Before I was a member of Parliament, I was at Algoma University.

And then it was, [Associate] Chief Justice [Murrary] Sinclair, who came across with the truth and justice recommendations.

He had an excellent presentation. The room was full of people from all over the community, indigenous, non-indigenous, students, non-students.

And after that presentation, a student from Algoma University asked a question: Where do we start?

So then [Associate] Chief Justice Sinclair, who has now been made a senator by our government, said education. We must start with education.

And that's why I was proud, when I was elected, to champion and got to bat for and get funding for the Anishinabek Discovery Centre.

Thirteen-and-a-half million dollars. Three levels of instalment. It's a great cultural and education centre for truth for healing. And I can tell you that it's a game-changer for this area, for truth and reconciliation.

I think it's going to be good for this riding and also for Canada and for the world, to attract people here.

Investments that we have also made in Algoma University and taking back Shingwauk Hall, to tell the stories of the residential schools. It was absolutely critical.

But we are committed to all of them.

We also have been committed to fixing boil-water advisories on First Nations. There were 87 that we have done, investing $2 billion.

We are also doing it in a nation-to-nation way, through the guidance of indigenous people.

And I can tell you that the missing and murdered women and girls recommendations were also committed to putting in place those recommendations so that horrible thing never happens again.

Canada is inherently a colonial state.

We need to get to the root of that.

The legal framework maintains that situation.

So doctrines of discovery, terra nullius, we want to completely abolish those.

They state that we have a right to be here because we discovered the land.

But we did not. Canada did not discover Turtle Island.

So part of that – part of our plan as well – is to work with indigenous peoples to amend the Indian Act, bring about the recommendations of Truth and Reconciliation Commission completely, as well as United Nations Rights Declaration on the Rights of Indigenous People and the calls for action for murdered indigenous women and girls inquiry.

We need to do that because it's our responsibility as a colonizing country to attempt to reconcile and to decolonize.

The land we're on – and thank you for your work at Shingwauk – was an act of genocide.

Residential schools were an act of genocide and we need to reconcile our relationship with indigenous peoples in that way.

So with all of those calls to action, we want to implement those.

The People's Party of Canada, we do believe in fairness and respect and responsibility and freedom.

Since 2015, we've had these 94 recommendations. In your opinion.

Angela, how many of these have been fixed, out of the 94?

We'll probably remain with you answering.

We're not going to ask her questions.

So, my point on that is just, we will consider every one of these recommendations.

We can't take the work from a group and just dismiss it.

You have to enforce and look at these and activate on it and action is everything.

There's $21 billion a year that gets brought to aboriginal communities, but there's still a lot of issues.

The People's Party of Canada would like to investigate the money so that it gets put into programs that are specifically made for these communities.

They have a lot of holes in their society that they're lacking in their communities – their social housing and clean water and there's a lot of suicides and mental illness and expensive living.

Some of these are remote areas and they have no way to commute.

I'm looking at the rails and open up the lines.

There's no roads sometimes to get to these areas.

You have to go by plane or railway.

And some of these systems have been shut down through the federal government because of the funding, budget restraints.

So the People's Party of Canada believe in uniting Canada and having the communities have access to clean water and communication routes and infrastructure and social housing.

Miigwetch for your question.

So the NDP, and Jagmeet, and I personally, am all committed to true reconciliation, not just saying the right things.

We want to actually make sure that our actions are showing our commitment.

So we are committed to implementing all the calls to action from the Truth and Reconciliation Commission.

We do want to be making sure that we're co-developing a true nation-to-nation relationship with First Nations peoples and in doing that we want to develop a national action plan for reconciliation.

We want to make sure we're working with First Nations peoples to make sure that we're doing it the right way.

And to make sure that we're implementing those calls to action the right way.

For example, ending the expensive court battles that there's no reason should be going on.

We're going to make sure that stops immediately.

We're also committed to implementing the United Nations Declaration on the Rights of Indigenous People and the calls for action from the missing indigenous women and girls report as well.

Thank you so much for the question.

It's especially important when we talk about Sault Ste. Marie.

And I explain to them that we're separated by little more than a stop light or a traffic light.

And you don't really know whether you're in one community or the other, other than if you live here.

So I always tell them we do things better here than most places do around the country.

And I think we need to take this and replicate it across the country.

Now our party is completely committed to the reconciliation process with First Nations across this country.

We're committed and we're focussed on bringing forward solutions that have tangible, measurable results on the ground.

We want to make sure that we support effective investments in things like – and it's sad today that we still have to talk about – clean drinking water.

That is sad that we have to talk about things like that but unfortunately we do.

So we want to support investments in things like good clean drinking water, housing and health care.

They have to make meaningful impacts on the ground in order for all communities to come together and move forward.

And we really want to do that together.

And I personally want to take what we do here in Sault Ste. Marie and around our area, and I want to show the world how we can do this relationship and do it well all the way across Canada.