How Sault Ste. Marie became one of the first cities to hold a Terry Fox Run 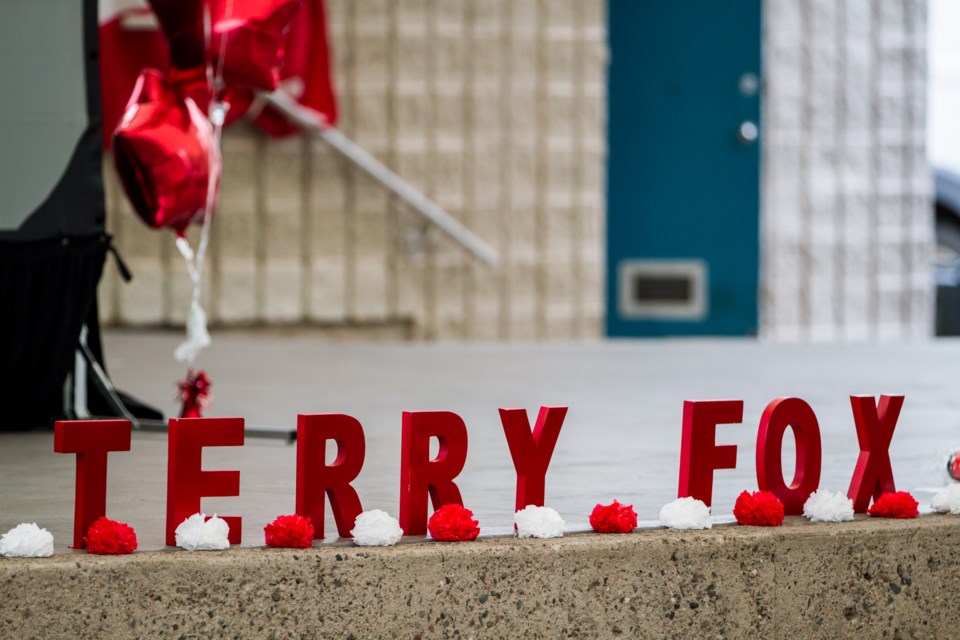 The Terry Fox Run at the Bondar Pavilion on Sunday, Sept. 18, 2016. Donna Hopper/SooToday

While undergoing chemotherapy for osteosarcoma (knee cancer), Terry Fox was disappointed at the lack of resources invested in cancer research. On April 12, 1980, at the age of 21, Terry Fox dipped his artificial leg in the Atlantic Ocean near St. John’s, N.L. to begin his Marathon of Hope. His goal: to run across Canada and raise money for research. But by the time he had made it to Thunder Bay, Ont., he was forced to stop as the cancer had spread to his lungs.

Not long after, Fox tragically passed away in the Royal Columbian Hospital in B.C.

Sault Ste. Marie was one of the early adopters of the event, holding a small run as early as 1981. The local movement was pioneered by the Michel-Fall family.

Colette Michel-Fall is a volunteer and organizer for the Sault Ste. Marie Terry Fox Run. Her father greatly admired Fox’s mission and wanted to be a part of it.

“In 1980, when Terry Fox ran through Sault Ste. Marie, my father said, ‘We gotta go and see this kid who’s running through Canada with one leg',” she recalled.

“I was about the same age [as Fox] and my father was very impressed with this boy who had one leg and was running across Canada. [My father] was so enthralled with him. It was an amazing feat. At that point, I think Terry became a Canadian icon.”

Since then, Michel-Fall supported her father in being one of the first Canadians doing the Terry Fox Run. He was joined by an estimated 1,000 Saultites in the first-ever Terry Fox Run.

“My father, who would have been in his late 50s, from that point on, he went out and did the Run. In 1981, the first Run [in Sault Ste. Marie] was at John Rhodes. It was just doing laps around the track.”

Simultaneously, thousands of enthusiastic Canadians were doing the same thing in their own cities hoping to keep Terry Fox’s dream alive.

From the start, the run was as inclusive as possible. According to a Sault Star article from 1981, then-spokesperson Ross Mervyn said “[the race is] not restricted to any special group. Runners, joggers and walkers can all participate.”

More recent incarnations of the race now also welcome cyclists and rollerbladers. No corporate sponsors of any kind have ever been present as Fox believed that would distract from his message. In fact, the athlete was once offered a sponsorship by McDonald’s, which he rejected on those grounds.

Michel-Fall is now married to Rick Fall. Together, they sit on the Sault Terry Fox Run organizing committee. They have a son and daughter, both of whom are also involved. The group, like the rest of the branches in Canada, are entirely volunteer-run and operate as non-profits.

Out of all the years that they have been working with the organization, this one is the most strange. The Terry Fox Foundation has replaced the usual run with what it calls 'One Day Your Way.' This is an event taking place Sept. 20 where participants are encouraged to run on their own to avoid the pre-run gatherings of the normal Terry Fox Run and prevent the spread of COVID-19. There is a sort of poetic injustice about an event designed to combat one disease being cancelled to avoid the spread of another disease.

Regardless, organizers like Michel-Fall and her husband are “promoting through the media” and encouraging people to donate and take part in One Day Your Way.

This year is also special because it marks 40 years since the Marathon of Hope.

Rick and Michel intend on “passing on the torch” to new organizers after this year as Rick intends on embarking on a five-month run from Victoria, B.C. to the Sault to raise money for the Canadian branches of Make a Wish and Childhood Cancer.

Recreational programming for seniors to restart next week
Sep 1, 2020 10:45 AM