Gary Dragan, 75, regularly comes back to the Sault to visit his father's grave. He couldn't this year, so he wrote to tell us how much the community means to him
Aug 28, 2020 3:28 PM By: Mike Hermida 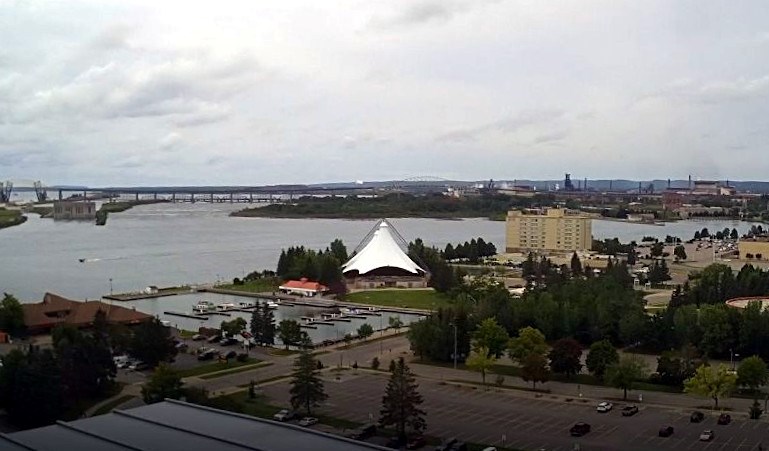 Gary Dragan can't come back to the Sault this year, but he tells me he has been watching SooToday's web cams reliving cherished memories

A lot of major events in Sault history took place during the 1950s and 60s, many of which feature names most Saultites today could recognize.

For U.S. man Gary Dragan, 75, those events left indelible memories. Dragan arrived in the Sault in 1954 when his dad got a job at the steel plant. The family spent more than 10 years in this city before his father died of a heart attack and he and his mother moved back to Beaver, Penn., where he resides to this day.

Every few years, Dragan travels to the Sault to visit his dad's grave. He can't this year because of COVID-19, so he wrote to SooToday to let us know how many good memories have been brought back while checking out our webcams.

One such memory was the historical visit of Queen Elizabeth II and her husband, Prince Philip in 1959.

Dragan was 15 at the time and was working at CKCY, a radio station in Sault Ste. Marie that reported on all major matters.

“I was with CKCY when the Queen visited to open the St. Lawrence Seaway,” he said. “It was a great time. Downtown was alive.”

The Queen and Consort parked the HMY Britannia in Sault, Mich. before visiting Clergue Park and Bellevue Park on the Canadian side. Despite only staying for one day, the British monarchs stayed at the appropriately named Windsor Hotel before visiting Algoma Steel.

Dragan worked at CKCY radio as a helper and set up and tore down microphones and wiring for remote broadcasts.

“We had a mobile truck, I spent most of the day doing that. I got to see very little of the ceremony, but did hear it.”

On a more local matter, Dragan has personal ties to sports journalist Harry Wolfe, who was known as the “voice of the Sault Ste. Marie Greyhounds”.

Dragan first met Wolfe in school when the radio sportscaster used to work as a physical education teacher. The two worked together years later at CKCY.

Wolfe, who died in 2008, was awarded the Queen’s Golden Jubilee Medal in 2002 by the city's member of parliament, the late Carmen Provenzano.

Finally, Dragan recalls his father being friends with John Rhodes, the namesake of the Community Centre on Elizabeth St.

“What I remember of John was he was a big man, like my dad. And very likeable.”

Rhodes was mayor from 1969 to 1971. He then served as a Progressive Conservative Member of Provincial Parliament until 1978 under the Bill Davis government, when Rhodes died of a heart attack while on a trade trip to the Middle East as Ontario's Industry and Tourism Minister.

Dragan said he hopes to come back to the Sault and see the city for himself again. And maybe he'll take in a few hockey games.