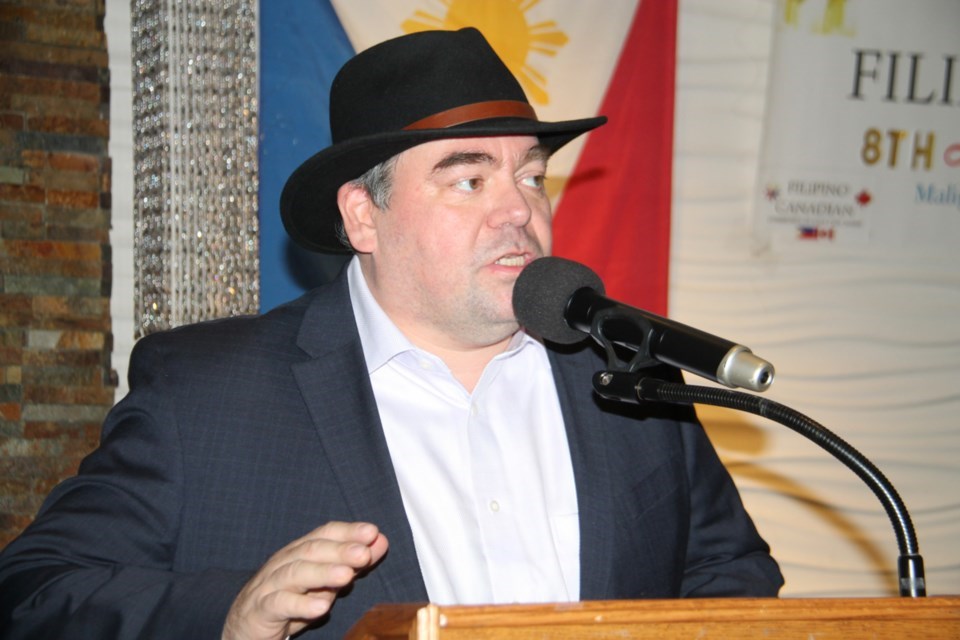 Missanabie Cree First Nation has long been interested in getting the Mask-wa Oo-ta-ban passenger train service (Bear Train) up and running, and, as reported earlier, has received funding for a market survey and marketing plan for the project.

N1 Strategy Inc. is involved in a business advisory role.

It is envisioned there will be cultural displays, authentic storytelling, and hands-on experiences within the new train station.

“The announcement of this partnership comes with multiple opportunities, a strong business strategy and a passion for development within our communities,” said Jason Gauthier, Missanabie Cree First Nation chief.

“Ultimately the arrangement will activate a business model for the Agawa Canyon Tour Train and train station which will be designed to improve efficiency, and requires collaboration among the partners to determine operational considerations, capital funding for modernization, longevity of the experience and expanding on the current programming model,” Gauthier said, while also acknowledging Missanabie Cree First Nation’s relationship with CN in its passenger train service plans.

Thanking Missanabie Cree First Nation and SIS for partnering with N1, Dan Hollingsworth, N1 vice president, said “the Canal District is quickly becoming a hub in the Algoma region to provide unique experiences, entertainment, a great variety of dining and is now home for the Agawa Canyon Tour Train and soon to be the Bear Train.”

“We’re excited by this opportunity in assisting with marketing, project management, logistics, programming and creating new opportunities and experiences.”

“Back in the fall we did launch an advisory practice within N1 Solutions. Our approach with a lot of our clients is to provide good advisory services, so we felt the advisory services were an important piece...we felt there was a great opportunity in working on the Agawa Canyon Tour Train. We had approached Tony back in the fall with respect to working with him and The Machine Shop in building out the future, on what the Agawa Canyon Tour Train would look like,” Hollingsworth told SooToday.

From there, “we reached out to the chief (Gauthier) and had some conversations between the chief and The Machine Shop group with respect to the future of the train and the aspirations the chief had with the Bear Train...our role is basically providing some of those advisory services (toward a successful outcome in passenger rail projects in the Sault and Algoma).”

In regard to profit-sharing between the three partners once the Bear Train is up and running and as the Agawa Canyon Tour Train continues, Hollingsworth said “we’re still in the process of nailing out the final details to what the full partnership agreement looks like.”

“This (MOU) essentially sets the framework for how we work together, the next steps are basically getting into that model of establishing what that partnership looks like moving forward, and how we look at investing, not only in the asset of the train but also in raising capital to do that work and then looking at, down the road, with respect to the implementation and execution of the business model, how we would look at sharing revenues.”

“We’re going to need subsidies from the government in order to get the Bear Train back up and running again as a passenger service but there’s more to talk about than just the Bear Train,” Gauthier said.

“We’re talking more about what’s going to happen with Missanabie Cree and the Tour Train. There’s a lot of moving parts...at this point I’m just happy to announce the MOU and partnership.”

“We’re looking at a much broader initiative than we ever have in the past. We continue to do what we need to do to get the passenger service up and running, but the rail itself and the acquisition and the MOU with Watco, we’re looking at much larger initiatives (in addition to the Bear Train),” Gauthier said.

“We look forward to the partnership and getting started as soon as we can,” said Tony Porco, SIS Group president and The Machine Shop developer.