Bear Train proposal back on track 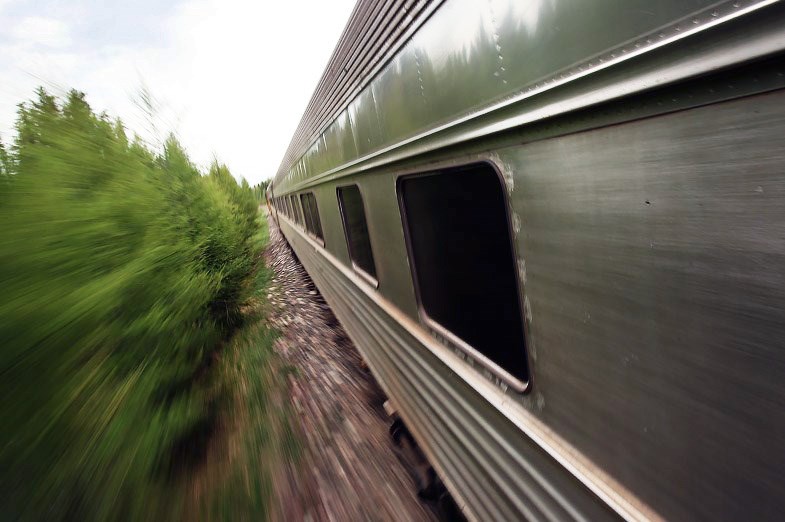 The Mask-wa Oo-ta-ban is getting back on track after its board received more than $50,000 from the federal government to fund a market survey and marketing plan for the proposed passenger rail project from Missanabie Cree First Nation.

The funding from Community Foundations of Canada’s Investment Readiness Program will enable the Mask-wa Transportation Association Inc. (MTA Inc.) board to hire local marketing firm Jeronamo Solutions to develop, distribute and analyze a market survey in order to gauge interest in the Mask-wa Oo-ta-ban, or ‘Bear Train’, which would operate on a 476-kilometre stretch of the Algoma Central Railway between Sault Ste. Marie and Hearst.

Board director Dorothy Macnaughton says the survey could be distributed within the next two or three weeks, and it’s anticipated the marketing plan could be wrapped up by the end of April. The survey and the marketing plan would then be used to update the existing business plan for the Bear Train.

“The reason we went for a market survey and plan is that the current Bear Train business plan doesn’t have a lot of specifics about marketing, and in order to go to funders to help get the train operating, you really need definitive sense of what your marketing is - who is going to be traveling on the train, both local and tourists,” Macnaughton said.

Proposal scaled back to weekend service

An addendum to the business plan is proposing a scaled-back weekend service that would see the passenger rail service operate Friday, Saturday and Sunday at a reduced operating cost of $405,000 per year, as opposed to offering full service at an estimated price tag of $2.2 million in annual operating costs.

“The business plan has been refined a few times, and when we applied for this funding, the MTA Inc. board looked seriously at the current business plan and determined that if the federal government is not going to fund the operating costs, if MTA Inc. is going to other funders, the $2.2 million was an awful lot to ask of a funder,” said Macnaughton. “We determined, in order to get the Bear Train up and running, the best approach was to start with weekend-only service instead of starting with full service for the passenger train.”

BDO Canada reported in 2014 that the total, annual, economic impact associated with passenger rail service along the Algoma Central Railway is in the neighbourhood of $38 million to $48 million.

The prior passenger service along the rail line was shuttered by CN in 2015, but Macnaughton feels there’s still a wealth of tourism opportunities - namely snowmobiling, wilderness tours and events on the train itself - that possess “huge, huge potential.”

“We had to prove in the application form that this was of social benefit to First Nations people, to seniors, to students, to people with disabilities, to the lodges, to the communities along the line - the whole tourism aspect of it is huge, and can be capitalized on,” said Macnaughton. “When we’re looking at the market survey, we are even looking at international markets as much as possible. We have a few connections with some of the American railway organizations, and there were lots of Americans who own camps along that line - so we’re getting the survey out to them.”

'We can't put all our eggs in one basket anymore'

Missanabie Cree First Nation received a Rail Operating Certificate from Transport Canada in 2018 for the Mask-wa Oo-ta-ban, but the prospect of receiving funding from the federal government has all but dried up.

“We can’t put all our eggs in one basket anymore. There are funders out there we can approach, especially funders that will fund First Nations projects,” said Macnaughton. “If we have all of our ducks in a row - we have this marketing plan, we have a slightly revised and beefed up business plan with the weekend only service - it’s feasible. It’s feasible to get the wheels on the tracks.”

In December 2020 CN Rail confirmed that it intends to sell the Algoma Central Railway as part of its broader plan to sell some of its non-core lines in Wisconsin, Michigan, and Ontario.