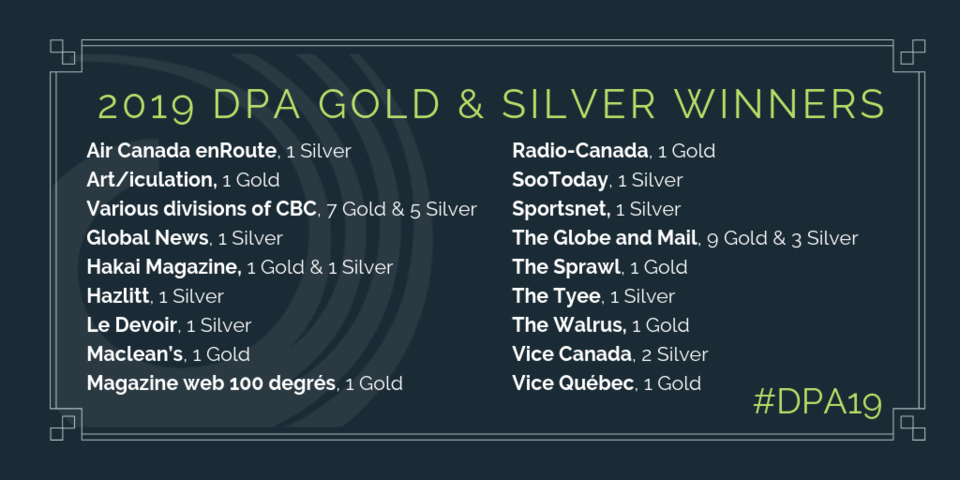 The Digital Publishing Awards were handed out in Toronto on Wednesday

TORONTO - David Helwig finally got what he deserves for his work at SooToday this week.

The longtime journalist was recognised with a silver award at this year’s Digital Publishing Awards for his work covering Essar Steel Algoma’s restructuring and the legal wrangling that ensued over access to the Port of Algoma.

SooToday’s award was in the category of best coverage for a small newsroom.

“David took the time to pore over hundreds of pages of legal documents to make sure this community understood what was happening with its largest employer during three years of bankruptcy protection and it is truly gratifying to see all of that hard work recognized,” said Michael Purvis, Village Media’s managing editor. “It is also fitting that David is recognized for his work at SooToday since he is truly a pioneer in the field of digital journalism.”

Other awards went to CBC, The Globe and Mail, The Walrus, Global News, Vice Canada and Macleans.

A full list of award winners is available on the Digital Publishing Awards blog.

SooToday was one of 50 Canadian digital publications nominated for the Digital Publishing Awards, which is in its fourth year.