No trespassing? Judge is asked to restrict Algoma's access to historic port 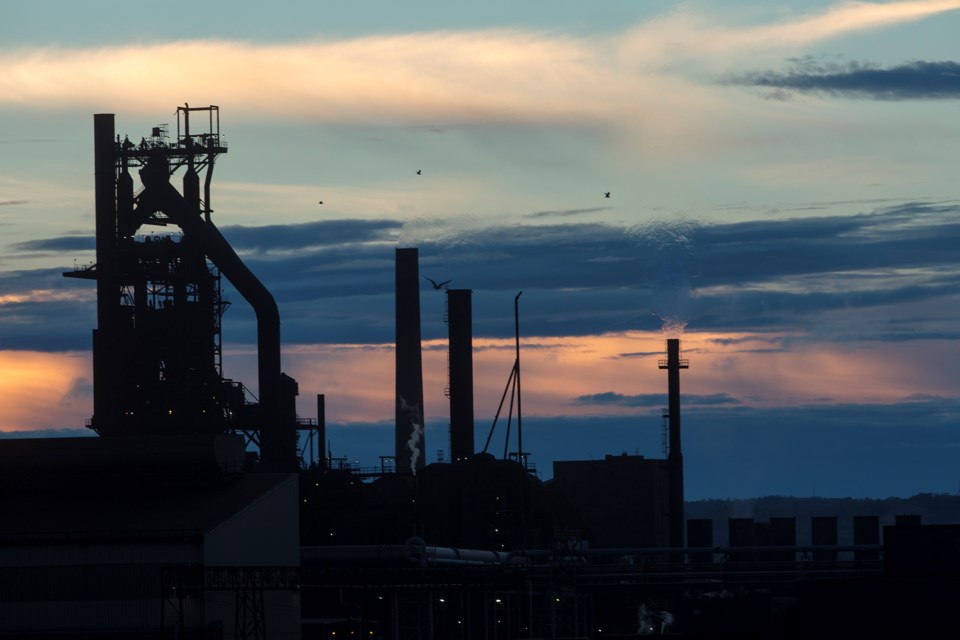 An Ontario judge is being asked to curtail Essar Steel Algoma Inc.'s access to the St. Marys River port it owned for more than a century and leased 40 months ago to Port of Algoma Inc.

The action is a direct response to the steel plant's recently revealed plan to build a $55-million alternative port, apparently pulling the plug on its existing arrangements with Port of Algoma Inc.

Port of Algoma and New York-based private equity firm GIP Primus LP are both asking Superior Court Justice Glenn A. Hainey to block Algoma from taking any steps to plan or advance its alternative port initiative.

The two companies want Judge Hainey to order the steelmaker to immediately pay US$65.9 million owing in arrears under a cargo-handling agreement.

They also want him to prohibit the steelmaker from entering port property, except to meet its obligations to provide cargo-handling services.

If necessary, they want Hainey to lift a stay on legal proceedings, allowing the port to issue a trespass notice to steel plant employees.

Algoma has made no payments to the port under the cargo-handling agreement since June 26, 2017.

The port lease allows Algoma, as landlord, to enter port property only if it hasn't fallen behind on those payments.

GIP Primus LP, which provided much of the US$150-million term loan that allowed Port of Algoma to acquire Essar's aging dock in November 2014, is also launching a $260-million lawsuit against Algoma over the new port proposal.

Accessible by water, road and rail, the historic port was part of the steel mill until Essar Algoma sold the docks and other assets to Port of Algoma, leasing the land underneath to the port company for 50 years.

Port of Algoma Inc. is owned 99 per cent by Essar Algoma's former ultimate parent company (Essar Global Fund Ltd.) and one per cent by the City of Sault Ste. Marie.

The port's cargo-handling agreement with the steel mill is based on volume, but Essar Algoma is required to pay a minimum of US$3 million a month.

In a labyrinthine arrangement, Essar Algoma employees provide cargo-handling services to Port of Algoma that the port is paid to provide to the steel mill.

Last year, the Superior Court of Justice ruled the wheels-within-wheels cargo deal was oppressive and unfairly prejudicial to the steel mill's trade creditors, employees, pensioners and retirees, granting Algoma the option of terminating the arrangement if it repays the loans provided by GIP Primus.

GIP Primus is now accusing Essar Algoma of breaching the port lease and cargo handling agreement, as well as acting in bad faith to avoid consequences of that court judgment.

"Through the alternative port tactic....Algoma seeks to frustrate orders of this honourable court by eviscerating the relief granted to GIP under the trial and appeal decisions, and its obligations under the assignment of material contracts in order to avoid paying GIP," the private equity firm says in a court filing.

GIP Primus argues that steel prices are at their highest level since 2011 with further increases projected, so Algoma has sufficient cash flow to make payments under the cargo-handling agreement.

"Algoma has recently entered into an agreement to purchase a non-operating electricity facility near its plant in Sault Ste. Marie. This significant purchase was entered into outside the ordinary course of business without even seeking court approval," a GIP filing says.

"The appointment of a special monitor/ litigation investigator is necessary for an independent review of what has been, and what it, taking place in the alternative port," GIP says.

Algoma's insolvency protection from its creditors has been extended numerous times since it was first granted on Nov. 9, 2015.

It was to have expired on Saturday but Justice Hainey agreed last week to extend protection until July 31.

Hainey made the decision after hearing evidence about U.S. President Donald Trump's Mar. 5 tweet that Canada wil be exempted from 25 per cent tariffs on steel imports only if a "new and fair" North American Free Trade Agreement is signed.

President Trump has until Apr. 11 to decide on the steel tariffs issue.

Hainey was also advised that significant progress has been made in negotiations with United Steelworkers Locals 2251 and 2724.

Eight meetings were held with each local between Feb. 14 and Mar. 19 and all non-monetary issues have been resolved.

Monetary proposals are currently being reviewed.

The next hearing date in the Sault steelmaker's insolvency proceedings is scheduled for May 14, although the judge has indicated an earlier date may be set if it becomes available.