Ring has been promising to bring city spending under control. But the mayor says his previous employer incurred an $80,000 deficit while Ring served as president and CEO
Oct 2, 2018 5:53 PM By: David Helwig 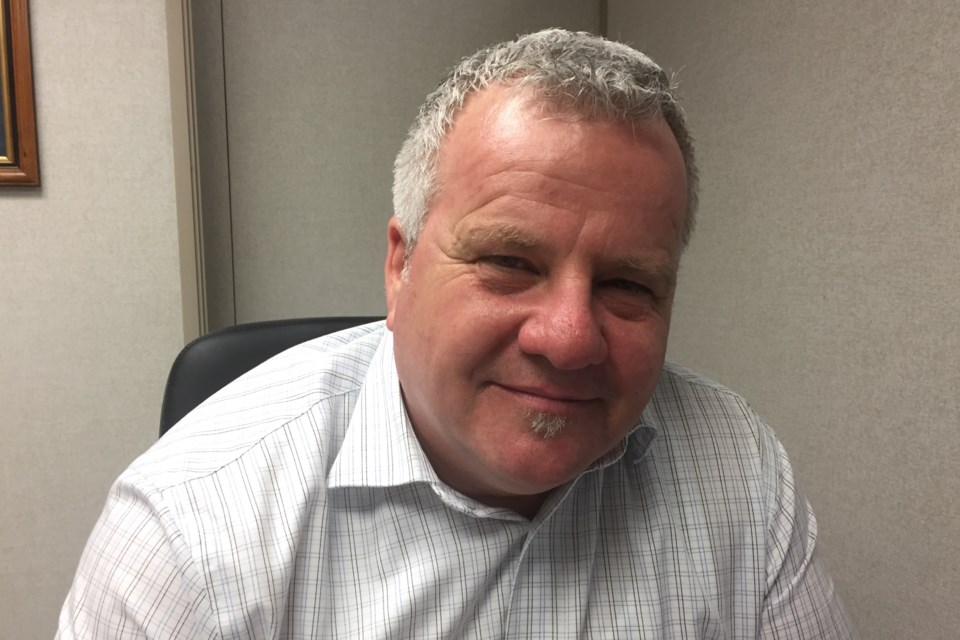 Ring returned a call from SooToday this afternoon but refused to immediately answer specific questions about deficits incurred for three consecutive years before his "sudden" departure from his last job at Sarnia-Lambton Chamber of Commerce.

Instead, Ring said he wished to issue a written release, which has now been published.

"We're going to get all that information and fully disclose it. It requires being positioned," he told SooToday.

Earlier today, Provenzano released financial records from the Sarnia chamber, showing a minor deficit of $7,965 when Ring was hired there during the final weeks of 2012.

On leave as president and chief executive officer of the Sault Ste. Marie Chamber of Commerce, Ring has been promising to bring spending under control at Sault Ste. Marie's Civic Centre if he's elected.

The following are excerpts from Provenzano's news release today:

Throughout Sault Ste. Marie’s election campaign, mayoral challenger Rory Ring has criticized the financial management of Mayor Provenzano and City Council. Mr. Ring has also made audacious claims about what he would accomplish as mayor based on his leadership ability, business knowledge, and financial expertise. As such, it is important and relevant for voters to consider Mr. Ring’s record in past business leadership positions.

A look at official documents from the Sarnia Lambton Chamber shows there were obvious financial challenges during Mr. Ring’s tenure.

Mr. Ring succeeded her as SSMCOC’s executive director in February 2016.

Mr. Ring’s record with the SSMCOC shows similarities to his time in Sarnia. In the SSMCOC’s 2016-2017 annual report, the treasurer’s report notes that, “Despite a strong aim for profit, the chamber fell short on its expectations with expenses exceeding revenue.” It is further noted that the Chamber also missed its growth target in memberships and was slightly below the previous year, but that an increase in fees offset some of the revenue loss.

The tough times for the SSMCOC continued in 2017 and 2018. In 2017, the Chamber’s popular Sports and Outdoor Expo was cancelled. In May 2018, it was reported in the local media that the SSMCOC was laying off three of its five staff, leaving just Mr. Ring and one other employee working at the 129 year-old institution.

At the time of Ring's parting with the Sarnia Chamber, local radio station CHOK quoted Rob Taylor, then Chamber chair, as saying he wasn't "at liberty to say much about Ring’s departure other than it was sudden."

"I can tell you that no one from the Sault Ste, Marie Chamber called any of us for a reference," Mark Lumley, who also served on the board of the Sarnia Chamber during Ring's tenure, told SooToday.

Veteran newspaper publisher Chris Cooke, whose journalism career in Sarnia spans a half-century, described Ring's management style there as "aggressive" but said "he was straight up and very fair toward me."

Ring has promised to create jobs in Sault Ste. Marie by addressing a shortage of serviced industrial land, seeking out manufacturers looking to expand or relocate and creating a 'Sault-first' purchasing policy at the city, among other things.

"At issue is significant expense incurred to remove the police chief, fire chief and numerous senior management employees from the corporation," he said.

Ring announced that he has made an access-to-information request to the city seeking the total amount paid in severance packages from Oct. 31, 2014 to Sept. 17, 2018.

"The request also includes the costs related to the hiring and dismissal of a fire prevention officer who was employed for only two weeks but was paid thousands in severance."

"Despite the mayor committing to control municipal spending during the last election it's clear that is not happening and residents deserve to know how their money is being spent."

Melanie Borowicz-Sibenik in the city's legal department says Ring is likely to get a response to his request prior to election day.