How to fix Jamestown, by the Honourable Ray Stortini

With City Council poised to approve a neighbourhood strategy for Jamestown, a retired judge who grew up in the West End is making a last-minute appeal for a grocery store
Oct 26, 2020 8:30 AM By: David Helwig 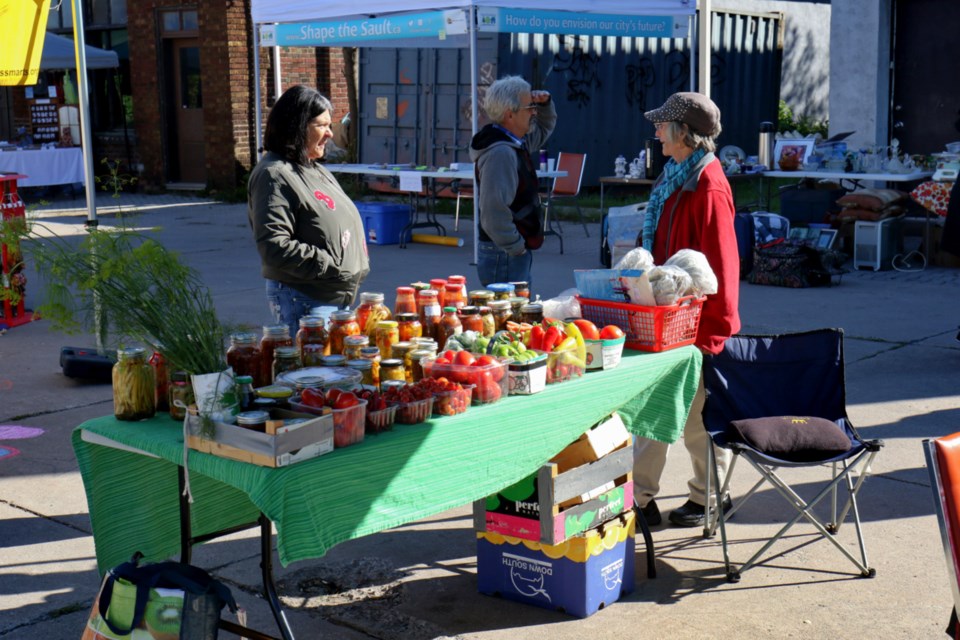 City Council will be asked tonight to approve a five-year strategy for the James Street neighbourhood.

As SooToday reported two weeks ago, the Jamestown strategy recommends rezoning properties along the west side of West Street and the north side of Cathcart to allow light industrial and commercial uses, improved seating and street furnishings, an expanded playground, basketball half-courts, a community garden, even a tobogganing hill.

If councillors agree tonight, city staff will be directed to start work on all the plan's action items, including reaching out to community partners to pursue neighbourhood improvements.

But in a last-minute surprise appeal, a retired judge who grew up in Little Italy is pleading for something different.

Restoring Jamestown to its former glory has long been a dream of the Honourable Ray Stortini.

Eight years ago, Stortini moderated a community forum at the soup kitchen, at which students and faculty from Algoma University sought ideas for James Street and its surrounding area.

Today, Stortini is convinced what Jamestown really needs is a grocery store.

A grocery store, and a creative arts centre.

He points to decisions in Toronto and Sault Ste. Marie to build new city halls in unattractive neighbourhoods.

During the 1960s, when Stortini served two terms as a Sault Ste. Marie city councillor, the waterfront was little more than a dump filled with logs, oil tanks and scrap metal yard.

"The existing City Hall on Queen Street east of East Street was condemned, and a new structure was necessary," Stortini in a letter sent this month to Mayor Provenzano.

"When the announcement of the site was made, Algoma Central Railway built the Station Mall, and the Holiday lnn built an impressive hotel, now the Delta Hotel."

The following is the full text of Stortini's letter to the mayor:

ln non-COVID-19 times I would have requested the opportunity to make this presentation in person.

I was born and raised in Sault Ste Marie in the area known as the West End and Little ltaly, and spent most of my working life in the Sault. I have also had the privilege of serving two terms on City Council when John Rhodes and Alex Harry were mayors,

I have attended many meetings and conferences called to consider the rehabilitation of the James Street area, the latest chaired by Mr. Patrick Lo of the city's planning and enterprise services. Mr. Lo was kind enough to send me a copy of the proposed report to council.

With all due respect to Mr. Lo and the work he has done on this assignment, I would like to put before council the maín suggestíon I made at the said meetings but not included in the Lo report.

Several years ago the Soup Kitchen and Community Centre (in which I have served on the board of directors, and presently as a volunteer) was able to dedicate two students to ascertain the greatest need of the nearby apartment dwellers. They reported that a grocery store was at the top of their list. A large number of the said residents are single parents on social assistance. They do not own automobiles. The closest grgcery store is RJ's at the corner of Wellington Street and St. Georges Avenue. A significant portion of the food budget is used in taxi fares to and from the grocery store.

While the need for a grocery store is clear, it is unlikely that a prospective grocer would undertake the cost of constructing a building in order to establish a grocery store.

This is where the mayor and council must make a 'bold move.' The infrastructure is in place and the need is clear.

When the City of Toronto found it necessary to build a new city hall in the 1950s, they selected the worst section of downtown Toronto – Queen Street West – which was a haven for strip joints, pawn shops, second hand stores and the like.

As soon as Toronto City Council made the decision to site the city hall on Queen Street West, private enterprise did the rest. The Four Seasons built an impressive hotel and the entire sector was transformed to what it is today.

During my terms on City Council in the 1960s our waterfront was, in the words of many, "a dump" consisting of logs, oil tanks, scrap yard and the like.

The existing City Hall on Queen Street east of East Street was condemned, and a new structure was necessary. There was three possible sites for consideration, namely the existing site which was too small for the purpose, the present Police Service building on Second Line, and the waterfront as part of the urban renewal project.

A few of us on council including Mayor Alex Harry pushed strongly in favour of the waterfront site, and that was the final decision of council.

When the announcement of the site was made, Algoma Central Railway built the Station Mall, and the Holiday lnn built an impressive hotel (now the Delta Hotel). The history of the Toronto City Hall site proved to be the case in our city.

My respectful submission to council is that the city build a creative arts centre which would provide leased workshop/boutique spaces for our excellent local artisans while leaving space for an appropriate grocery store. (There is at least one former church that should be looked at,)

All cities provide sports and cultural centres such as ice rinks, tennis courts, swimming pools, libraries etc. The precedent is there.

After my terms on City Council, subsequent councils have done some bold and wonderful projects including the river boardwalk, the V.E. Greco pool, the Rowswell Hub Trail, etc.

I urge our mayor and council to take the 'bold step' to revitalize the James Street area.

The alternative is to be compelled to look at the area in question whenever social pressures are applied. Minor changes will be made but no major success will result whlch is the case to date.

All of which is respectfully submitted,