LETTER: Drug liberalization could be a better solution to opioid crisis

Peter Chow suggests decriminalization of drugs as a way to reduce harm caused by them
Dec 17, 2019 9:19 AM By: SooToday Staff 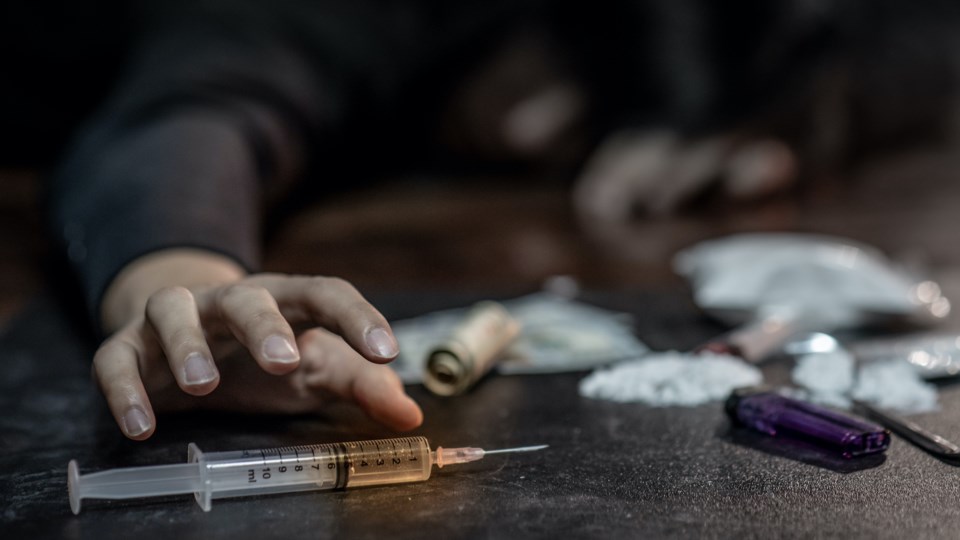 SooToday has received the following letter from reader Peter Chow in continuation of his comments on an article published Saturday about a suggestions at a Downtown Association meeting that blue lights be installed in a new downtown plaza to deter drug users:

In 1990 Portugal was in the grip of heroin addiction. An estimated 1 per cent of the population—bankers, students, socialites—were hooked on heroin and Portugal had the highest rate of HIV infection in the entire European Union. The government’s response was one that Americans recognize: it introduced increasingly harsh policies led by the criminal justice system, while conservative critics demonized drug users. By 1999, half the people in prison were there for drug-related reasons. Nothing was working.

Richard Nixon initiated the War on Drugs in 1971. Since then, the war was estimated to have cost over a trillion dollars, over $80 billion a year. The result was 10 or 20 yr. prison sentences for possession of a gram of marijuana. The US has less than 5 per cent of the world's population, but 25 per cent of the world's prison population. 1 per cent of the US population is in prison. Over half of inmates in federal prisons are there for drug-related offences. Prisons overcrowded with minor drug offenders mean more violent crime offenders on the street. A disproportionate percentage of inmates are black or Hispanic - 32% white, 37% black, 22 per cent Hispanic. The War on Drugs is overtly racist - white elites snorting cocaine are given lenient punishment, while underclass blacks using crack cocaine end up in prison for 30 yrs.

The $80 billion spent annually on corrections is frequently cited as the cost of incarceration, but this figure considerably underestimates the true cost by ignoring important social costs. A new study, “The Economic Burden of Incarceration in the U.S.” assigns monetary costs to incarcerated persons, families, children and communities, which adds up to an annual burden of $1.2 trillion dollars, or 6 per cent of the GDP. The costs are borne by families, children and community members who have committed no crime. Generations of black children grow up with no fathers.

The War on Drugs was intended to reduce drug use, reduce drug-related crime, decrease drug-related disease and overdose deaths, and disrupt and dismantle organized criminal enterprises. It has been a spectacular failure, not only ineffective but counterproductive, both domestically and abroad. The domestic War on Drugs has contributed to an increase in drug overdoses and fostered and sustained the creation of powerful drug cartels. Internationally, it not only fails in its own right but also actively undermines the goals of the Global War on Terror. The War on Drugs has turned Mexico into a war zone. Over 70,000 Americans died from drug overdose in 2017, more than the combined totals of the wars in Vietnam, Iraq and Afghanistan.

In 2001, Portugal took a radical step. It became the first country in the world to decriminalize the consumption of all drugs. Drug trafficking remained a crime, but possession of small amounts for personal use was decriminalized. Drug addiction was being treated as a medical issue rather than a criminal problem.

Anyone caught with less than a 10-day supply of any drug—including marijuana and heroin and cocaine—is typically sent to a local commission, consisting of a doctor, lawyer and social worker, where they learn about treatment and available medical services. No distinction is made between “hard” or “soft” drugs, or whether consumption happens in private or public. What matters is whether the relationship to drugs is healthy or not.

Illegal drug use by teenagers declined, the rate of HIV infections and Hepatitis C among drug users dropped, and deaths related to heroin and opiates decreased sharply. The number of drug-related deaths dropped from 131 in 2001 to 20 in 2008. As of 2012, Portugal's drug death toll was 3 per million, five times lower than the European average and 2 per cent, one-fiftieth of that of the United States. Its rate of HIV infection has dropped from 104.2 new cases per million, the highest in Europe in 2000, to 4.2 cases per million in 2015. Drug use has declined the most among the 15- to 24-year-old population, those most at risk of initiating drug use. Eliminating the threat of criminal penalties—and along with it, a great deal of stigma— has made it easier for people to seek treatment. The number of people in drug treatment increased by over 60 per cent - decriminalizing drug use actually leads to more drug users wanting to quit drugs.

As well as these programs, many countries now allow supervised drug consumption facilities, where drug users can consume drugs in safer conditions with the assistance of trained staff. Such facilities have been running in Europe since 1986, when the first was opened in Switzerland. Others have since been established in several other countries, including France, Germany, Spain, and Greece, while the city of Vancouver in Canada opened North America’s first supervised drug injection site in 2003.

Evidence shows these sites can save lives, reduce public disorder associated with drugs, and lead to a drop in the behaviours linked to HIV and Hepatitis C transmission. But in the U.S., they remain controversial—despite several major cities, including Seattle, San Francisco and Philadelphia, considering plans to open supervised injection sites. Legal uncertainty is part of the problem: the federal government is opposed to the opening of such facilities, and state and local lawmakers have clashed over them.

It is clear that, on the ground in Portugal, healthcare workers feel better equipped to help addicts, often with a moving dedication, people largely forgotten by the rest of society. What America and Canada and other countries can learn from Portugal is to treat people with more dignity. Countries like Portugal and Norway show that, without spending astronomical sums, governments can give drug users the tools to put their lives back on track, while at the same time mitigating the effects of drug addiction. But to do so, it will have to stop treating them like criminals.