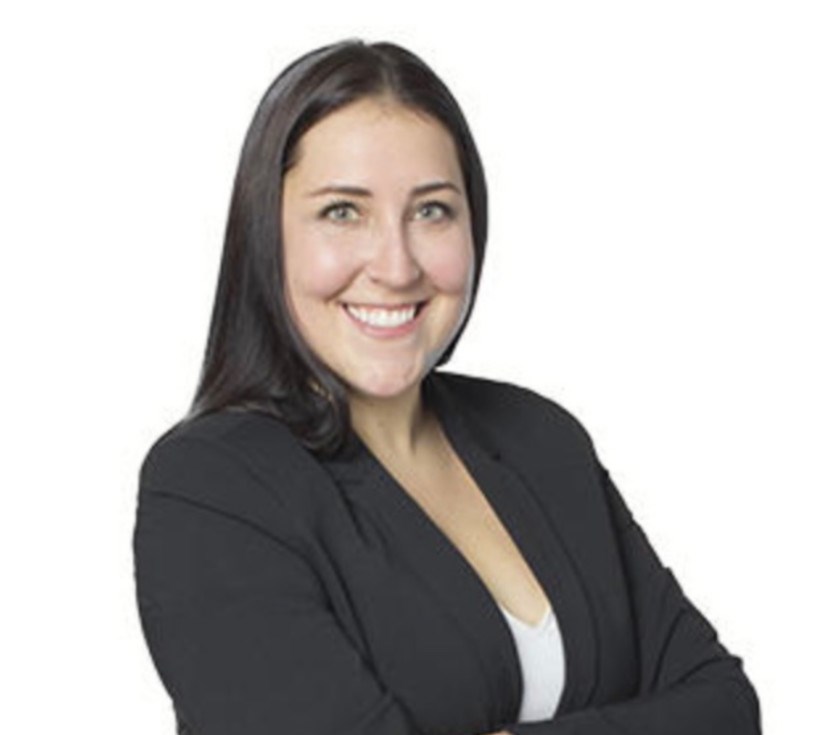 Sault native Jessica Fleming has launched a foundation in memory of her son, designed to raise money for the purchase of cuddle cots to comfort parents who have lost infant children. Photo supplied by Jessica Fleming

When it comes to death, there is probably no greater sense of grief than when a parent loses a child.

Jessica Fleming (nee Paciocco), a Sault native who lives and works in Toronto, knows that sense of grief and wants to help others who have suffered through it.

Her son, Maxwell George Fleming, her first and only child, died at Toronto’s Mount Sinai Hospital a few minutes after he was born Feb. 23, 2017.

But the grief she and husband Jason felt was eased slightly due to the availability of a cuddle cot.

A cuddle cot is a specialized cooling mattress that stops a deceased baby's body from deteriorating, allowing parents to stay with the baby for a few days before their funeral, giving them a chance to bond before saying goodbye at the gravesite.

“Because we were at such a large centre, Mount Sinai has cuddle cots. The cooling devices allow you to spend more time with the infant after they pass,” said Jessica, speaking to SooToday.

The Mount Sinai cuddle cot enabled Jessica and her husband to have time with their son while she waited for her parents to make the drive from the Sault to be with her in Toronto.

“There aren’t too many places that do have them, and before this happened to us I didn’t even know what a cuddle cot was. Then I assumed it was a standard piece of equipment every hospital would have, but I found out it was actually quite rare for hospitals to have them,” Jessica said.

“About a year or so passed, and I started thinking about ways I could give back to bereaved families, because we had such excellent care where we were, but I know that’s not standard across the board. Cuddle cots are something most hospitals don’t have, but would like to have.”

Launching the Maxwell George Fleming Foundation in memory of her son in October 2018 to raise money to purchase cuddle cots, Jessica recently donated her first cuddle cot to Georgian Bay General Hospital, and hopes to donate second and third cots to hospitals in Peterborough and Oakville respectively.

“More people are starting to reach out now,” Jessica said.

Donations for the purchase of cuddle cots may be made through the Maxwell George Fleming Foundation website.

“A lot of hospitals which don’t have them need to get prepared to take one on because they are pieces of medical equipment which require special care, so I work with a hospital’s foundation first, then they work with the neonatal unit to find out if they’re able to accept one, and then once that happens, I put the order through Flexmort (a U.K.-based company), then the company ships it directly to the hospital.”

The cots cost approximately $5,000 each.

“I haven’t done fundraisers yet. It’s all been through straight donations so far. I do plan to do fundraisers in the future. Right now, we’ve been so lucky this year with the launch of the foundation and the attention it’s been getting that we’ve been receiving a lot of donations, but in the future we will be doing fundraising,” Jessica said, though she appreciatively acknowledged the fundraising efforts made to purchase SAH’s cuddle cot.

“People usually use the cot for two or three days. If a hospital doesn’t have a cot then you really only get an hour or so with your child,” Jessica said.

Jessica is grateful for the availability of the Mount Sinai cuddle cot during her own experience.

“When I found out my son had passed, it was a lot to process. If I had only had an hour with him, I think I still would have been in shock, not remembering anything, so I think having access to the cot really allowed myself and my family to come to terms with what had happened and say goodbye to my son the same way with any other deceased family member.”

“Sometimes parents are aware there are going to be complications or low chances for a baby’s survival, but for us that wasn’t the case. Our son was born premature but he was expected to be okay. So when he did pass it was incredibly devastating,” Jessica recalled.

“The grieving process takes a really long time. It isn’t something people really like to talk about either, it’s such a sad thing, but the unfortunate reality is it does happen, and the less we talk about it, I think families who’ve gone through this feel isolated, so having the few days afterward to be with my son was really difficult but also really important for me and my husband and my family to create some memories with him.”

“You want to see that person, see what they look like, get to know that person you’ve been expecting and carrying and planning a life with,” Jessica said.

Jessica’s son was born alive, but she wasn’t able to see him.

She had to remain in surgery while her husband spent six minutes with him in another room before he died.

Though a parent never fully recovers from the death of a child, Jessica said “I’m now back at work, I’m feeling more like myself again, the foundation’s taking off, my husband and I are happy.”

Stating she has not ruled out the possibility of having another child, Jessica, 36, said “I’ve had a lot of positive feedback from other families who’ve had the experience of using cuddle cots, who’ve lost babies and said how important the cots were in the healing process.”

“You hope no one ever has to use them, but again, if you look at the statistics, it does happen, so the next best thing is to be as prepared as you can. Those little moments the cuddle cot allows you aids in the healing process. Some people don’t want to use them, it’s a personal choice and that’s fine too, but it’s good to have the option,” Jessica said.

“I honestly think they should have them in every hospital.”