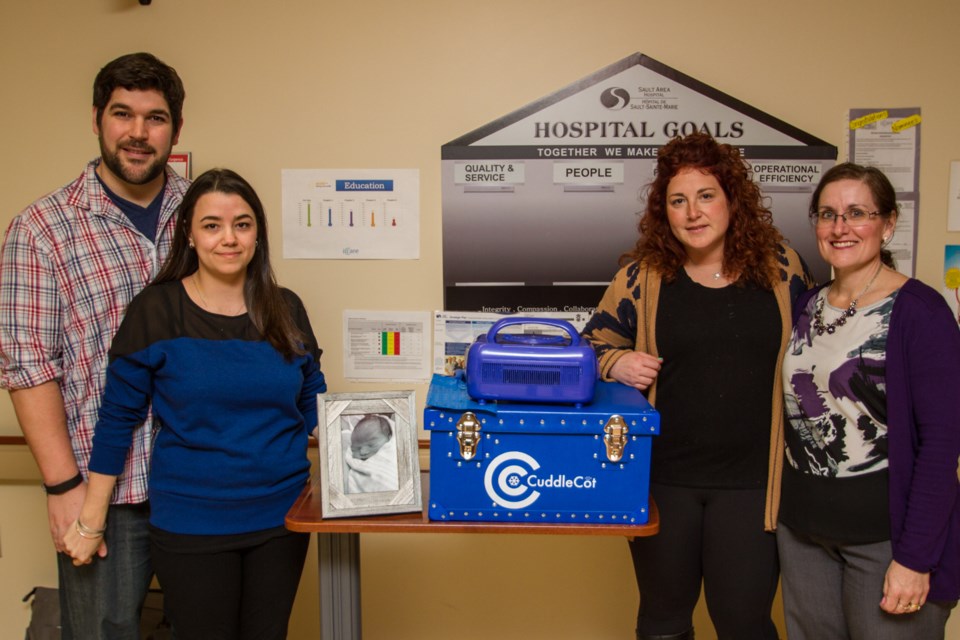 A very special piece of medical equipment was unveiled Friday afternoon at the Sault Area Hospital.

Ryan’s Cot, a ‘Cuddle Cot’ that allows grieving parents additional time to say goodbye to stillborn children, is dedicated to the memory of Ryan Russell.

He is the son of Amanda and Richard Russell.

“A friend of mine told me that she thought it was amazing that someone so small could do something so mighty,” Amanda told SooToday through tears. “That’s what having this here means - to have this life mean more than just the few hours we got with him. To give other parents more time to spend with their babies is everything.”

Amanda’s cousin and owner of The Breakfast Pig, Angela Caputo, began a campaign last December to provide the necessary funding for Ryan’s Cot.

“It’s a big deal to our family to have Ryan’s presence be so prominent in our community,” Angela said. “It’s nice for Amanda and Richard, but it’s also nice for all of us to have him here doing good for other families.”

She explained that the outpouring of community support her business has received inspired her to give back to the people of Sault Ste. Marie.

Every December, Caputo plans on taking on a new community project with a focus on children.

“They’re the pillars of our society. If you support the kids, then good things will come to the community,” she said. “It’s time to focus on the young generation in the Sault.”