As hospitals in parts of India reach their breaking points, Indians living in the Sault implore Canadians to learn from the mistakes of other countries
Apr 30, 2021 4:00 PM By: Frank Rupnik 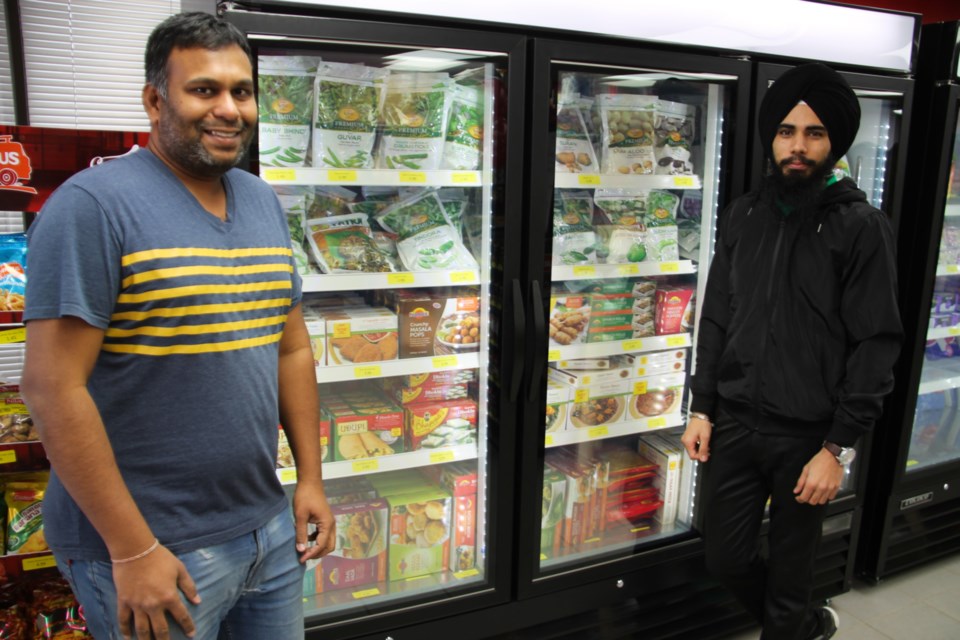 Members of Sault Ste. Marie’s robust Indian community are looking at reports of COVID devastation in their homeland with fear and anxiety.

According to the Associated Press, Friday saw 386,452 new cases in the beleaguered nation. India has reported more than 18.7 million positive cases since the pandemic began, second only to the United States. The Health Ministry on Friday also reported 3,498 deaths in 24 hours, bringing the total to 208,330. Experts believe both figures are higher.

Hospitals have reached the breaking point and there’s a critical shortage of oxygen tanks. Makeshift crematoriums of burning pyres add to the apocalyptic atmosphere.

“I feel very saddened with the situation,” said Arin Arin, an employee at the Indian Bazaar on Great Northern Road.

The Bazaar, which opened in 2019, provides those of Indian heritage and Indian food lovers a wide selection of food and food products.

“Food is one of the things that connect you to your homeland,” said owner Hariram Mukundan in a SooToday story at the time.

The internet also connects Indian expatriates with their homeland and lately it’s been tough to watch the computer screen.

“I feel helpless,” said Arin. “I can not do anything for the family. I keep in touch with them and tell them to stay indoors and stay off the streets.”

Arin connects with family and friends in India twice a day. He touches base with them before he goes to sleep at night and first thing in the morning.

His dad, who has been vaccinated, lives in a province next to the capital city of New Delhi.

Some of his friends who live closer to the capital caught COVID, but have recovered.

Prior to working at Indian Bazaar, Arin was the international arrival officer at Sault College. He helped new international students get settled in the community.

As of 2020, Arin said there are about 3,000 people of Indian descent living in Sault Ste. Marie. He says they’re a close community.

A lot of his Sault friends would hop on a plane back to India to help if they could, but of course, that’s not possible.

“We just talk about our families. They ask about mine. We comfort everyone.”

A significant number of the local Indian population is here studying.

Sault College has about 500 Indian students enrolled in its various programs.

Rishabh Bhardwaj is on the Board of Directors of Sault College. He just finished his studies in security and investigations and currently works as a security guard.

For the last while, he’s actually tried to avoid watching the news on social media so he could concentrate on his studies, but what he’s seen recently worries him.

He said what’s happening in India now was unexpected. India was doing well keeping COVID at bay, but complacency and new variants took over.

News reports say relaxed restrictions which led people to mingle at events like political rallies and religious observances, coupled with low vaccine coverage set the stage for what India is currently experiencing.

“Guys, you should learn from the mistakes of other countries,” he said.

Bhardwaj’s family lives in Amritsar in Punjabi and he says they are healthy.

A number of students are doing college courses online from India. Those who are here have to juggle studies with part-time jobs.

“From an academic perspective my friends are doing pretty well,” he said.

Economics is a different story.

“Due to the lockdowns, I know a lot of students who are working in restaurants and they had to be laid off three times in one year.”

He also knows of students who are working in health-care homes. They are concerned about catching COVID.

“For international students, there is no free health care,” he said. “We have some insurance but if it’s too bad they will not cover us.”

“Even though we know the risks, international students are helping locals right now,” said Bhardwaj.

The term “we’re all in this together” has global implications when dealing with a virus that knows no borders.

India has the world's largest vaccine-making capacity. It donated or exported more than 66 million doses before its own needs surged.

Now, other counties are pledging to help India.

Bhardwaj urges anyone in the Sault who can help to show their support.

Global News recently listed a number of organizations Canadians could consider donating to. They include: