Waiving patio permit fees and loosening seating restrictions are being considered
May 28, 2020 10:00 AM By: David Helwig 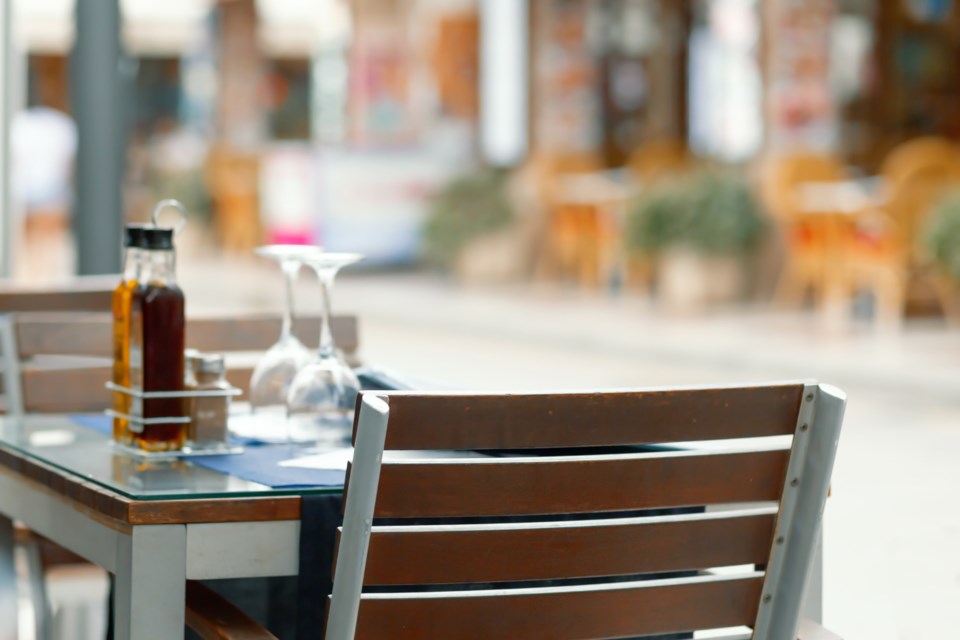 "We are actively looking at that right now," says Malcolm White, the city's chief administrative officer.

White intends to bring recommendations on helping the coronavirus-ravaged food and beverage sector to the next City Council meeting on June 8, to "have things ready for patio season."

Actually, patio season in Sault Ste. Marie normally runs from May 15 to the end of September.

But on March 16, Ontario’s chief medical officer called for bars and restaurants to either close or switch to takeout and delivery only.

That slammed the sector with a mortality rate higher that COVID-19 itself.

By April 1, almost one out of 10 Canadian restaurants were reported to have closed permanently.

On May 7, Restaurants Canada said at least one out of five independent restaurants were dealing with landlords unwilling to provide rent relief.

Fourteen per cent of independent restaurants were unable to pay rent in April and almost 20 per cent didn't expect to be able to do so in May.

On Wednesday, the province's pandemic emergency measures were extended until June 9.

At this week's City Council meeting here in the Sault, Ward 1 Coun. Sandra Hollingsworth pointed out that other Ontario cities including Toronto and Hamilton are developing bylaws allowing restaurants to expand patios into adjacent parking lots and sidewalks, letting them serve more customers, physical distancing requirements notwithstanding.

Many, if not most communities place limits on patio seating, usually based on indoor seating capacity.

"Basically, the mayor has asked in Toronto to re-imagine ways in which they are using public space, in a safe manner," Hollingsworth said.

She asked White whether the Sault places limits on outdoor patio seating.

"Yes, there are limits, right now, based on a number of criteria," the CAO said, adding that changes are being considered.

In addition to seating capacity, White is also looking at the $250 fee charged by the city for a patio application, plus $220 for each on-street parking space used for either a patio or a pedestrian walkway,

"Yes, we do have a fee, and yes, we are considering what to do with that," White told Hollingsworth. "That will be part of the recommendation that's brought to you at the next meeting."

"I would hope that... when the province allows patios, we have a plan in place to waive permit fees for patios and simplify the application at the very least for this year, so that we can assist those restaurants, coffee shops that have the space and can safely physical-distance, in recouping some of the lost revenue that they have suffered over the past number of weeks."

Shoemaker also proposed cutting 50 per cent of the four per cent municipal accommodation tax charged on motel and hotel guests who stay 29 consecutive nights or less.

"I think the accommodation partners really are struggling through this. I know any amount that they can keep in their pocket will help keep them afloat."

"We don't have a huge surplus of hotel rooms in the city. To lose any accommodation institution in our city would be a significant detriment to our ability to support things like the tour train, conventions, conferences, concerts, etc.," Shoemaker said.

Ward 3 Coun. Donna Hilsinger made a case for re-opening parts of northern Ontario even if southern parts of the province aren't yet ready.

"I'm looking forward to seeing more of our businesses being able to open," Hilsinger said.

"That's one of the challenges around our northern Ontario difference. We certainly are in a position that very safely we could have businesses opening: our retail, our restaurants, our services like hair stylists and estheticians. And some arts and culture opportunities and facilities. It's really crucial that we safely make these things happen as quickly as we possibly can over time," Hilsinger said.