The new face (and home) of Blues Night

Paul DellaVedova and the Canadian Motor Hotel are hoping to keep the community’s blues tradition alive and launched a new weekly Blues Night this past Wednesday
Sep 11, 2020 12:00 PM By: Chris Belsito 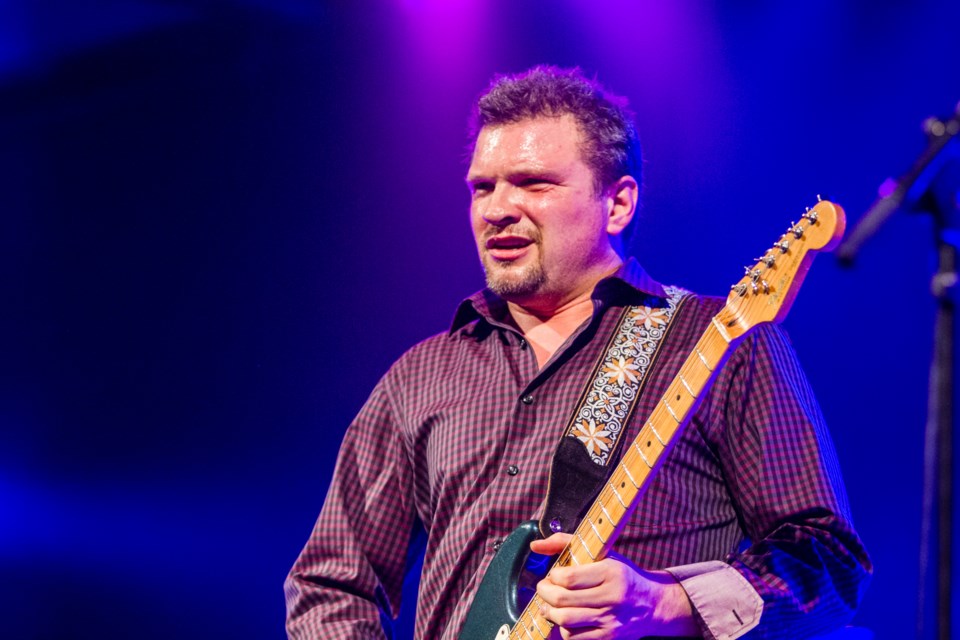 Paul DellaVedova from the Dell Brothers band is the new host and organizer of the Blues Night at the Canadian Motor Hotel. Picture from the Paul DellaVedova Band opening set for Derek Miller at The Machine Shop on Friday, Jan. 27, 2017. Donna Hopper/SooToday

Blues Night at the Water Tower Pub was one of the city’s most popular and consistent live music events.

The popular Blues Nights were a mainstay for music lovers and a showcase for some of the community’s best musicians.

The gap created by the recent ending of the weekly event has now been filled, with the torch handed to a new host/coordinator.

“Rusty has moved out of town, so I am in command until further notice. He left Spock in charge,” jokes DellaVedova.

“The face of Blues Night has changed but we are here with the full support [of Rusty].”

The guitarist/singer/songwriter noted that the venue has changed as well.

The first, new Blues Night took place upstairs at the Canadian Motor Hotel this past Wednesday.

“It is a good news story, because somebody has to keep it going and Albert [Marrelli] at the Canadian decided to jump on it,” says DellaVedova.

“It was a good turnout. The Sault Blues Society was there, reserving 40 tables. They came out in full force to support night one which is nice. It was a very responsive and gracious crowd. It is nice to see all the familiar faces.”

DellaVedova noted that he had recently received a message from Marrelli asking him to take on the role of hosting and coordinating the Blues Night at his venue.

“My name had come up and he asked me to do it,” says DellaVedova.

“I wasn’t thinking about it at all but I was asked to step up to the plate. I know that there are a lot of people who depend on it, not just me. There are other musicians that need a place to play. If I am asked to do something for the team, I’m down.”

DellaVedova says he felt honoured to be chosen to continue the Blues Night tradition.

“Of course, Rusty is out of town now, but he’ll be back periodically,” he says.

“I think I already have him booked the first weekend in October. So he’ll be participating in the night.”

DellaVedova recognizes the history the event has had with the Water Tower Pub, but feels the transition will be smooth.

“The Water Tower was a great venue, but the upstairs at the Canadian is really nice for a band because you are playing to the whole room. It’s a nice venue with a different layout [than the old blues night] and it has wood and carpet which makes it sound good. So it’s a great venue for an intimate blues act.”

Although DellaVedova’s group, the Dell Brothers band, will be acting as the house band, there will be many other acts involved every week.

“I am also booking other bands because I don’t want it to be about myself and my players. For certain functions, yeah we are going to book ourselves as the house band, but I am also inviting people to play with us,” he says.

“Last night we had Josh Norling [join us] and he just tore it right up. It fits like a glove with that guy. He fits into any situation.”

DellaVedova notes that his plans for the night are still in the early stages and he is open to ideas and suggestions.

“I am open to all the advice and ideas and ideas I can get. I have been brainstorming with some of the Blues Society guys and we are [using a format] that has been done before and has been known to work.”

One thing he knows for sure is that the event will stay on Wednesdays.

“I thought, ‘Let’s just continue it on in the fashion that it was built’. Wednesday was Blues Night. It is the middle of the week and everybody can’t wait until Friday, so we all have the blues” he laughs.

DellaVedova noted that in terms of taking all the necessary COVID-19 safety precautions, the first event went smoothly.

“All social distancing measures were taken. People who were not in their seats were required to have a mask. There were stations right outside washrooms to sanitize,” he says.

“There was even a station for the band [themselves]. So if you are up there playing with gear or you are touching stuff, sanitize first and then sanitize after making sure the musicians are not exposed either. Everyone brings their own microphones. We had no issues [and] everything seemed to go off without a hitch.”

For DellaVedova, he hopes that keeping the event in a format and on a day that has proven to work will bring out the audience to support it.

“People are creatures of habit,” he laughs.

For more information on other Canadian Motor Hotel event and activities, visit their Facebook page.

Graham Elder’s grand adventures led to the publication of a novella
Oct 9, 2020 4:26 PM