One foot out the door: Rusty McCarthy

The Sault has been extremely lucky to have kept musician Rusty McCarthy in the community for so long, but his ‘local’ status has recently changed
Aug 24, 2020 9:00 AM By: Chris Belsito 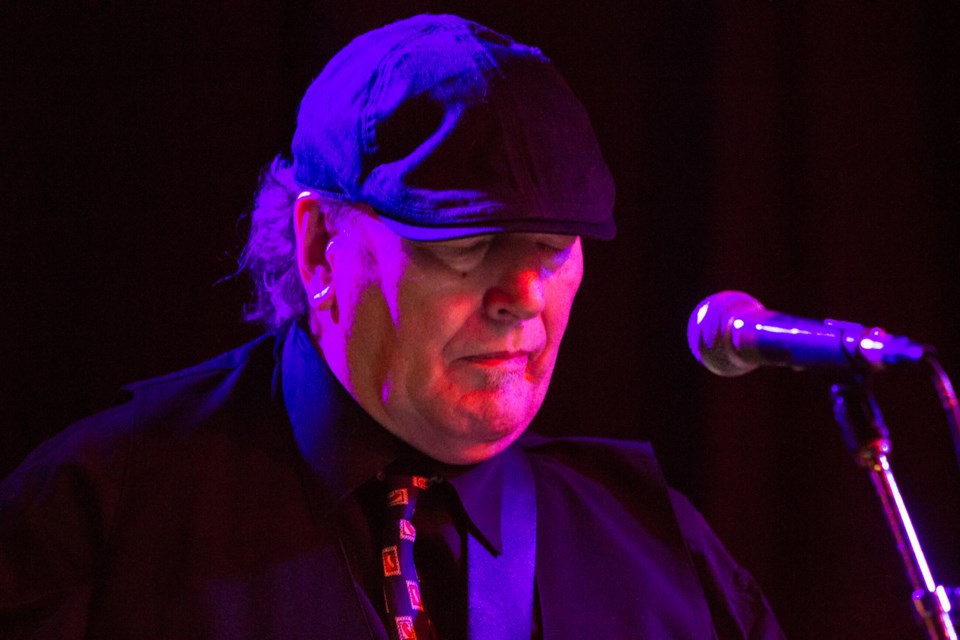 Rusty McCarthy is a singer, songwriter, producer, engineer, and a well-recognized guitarist.

He has had a multi-decade professional career and shared the stage with some of the finest performers in the world.

McCarthy, who is originally from the Sault, may have one foot out the door after recently relocating to St. Catharines, but his Sault Ste. Marie story isn’t entirely over.

Back in the late 1960s, McCarthy began playing music locally with players who are now considered the who’s who of the early Sault music scene, including Tim Ryan, Ray Gassi, Mike Yurich, Doug Wilde, Pat McCarthy and Greg Pilo.

By the 1970s, McCarthy had relocated to Montreal for a “year long stint,” before moving on to the Toronto music scene.

It was in Toronto where McCarthy began to get notice, playing regularly with the top artists in that scene.

“I even played on one St. Patrick’s night a song with Michael Buble,” says McCarthy.

But it was his time as bandleader and guitarist for Mary Margaret O’Hara that brought McCarthy around the world.

With O’ Hara releasing her critically acclaimed Miss America album, McCarthy’s touring cycle changed bringing the band to all the major music markets, including London, New York and Los Angeles. They shared the stage with artists like Sting, Steve Earle and Elvis Costello.

In between gigs, McCarthy worked as a sound tech at the infamous Bamboo Club that was at the core of the Toronto scene.

“I returned to the Sault when my sound tech gig at the Bamboo dried up,” he says.

“Engineering was a living for me in between gigs, as featured tours of Europe, NY and LA were not constant.”

A family-related decision also played a role in moving back to the Sault.

“My mom was getting older and in the house alone,” says McCarthy.

“It felt time for me to keep her company.”

Even during this time back in the community, McCarthy continued out of town gigs in Toronto and abroad.

Locally, the gigs weren’t as steady as McCarthy was used to in Toronto.

“[Moving to the Sault] was in retrospect a great opportunity,” says McCarthy.

“After a few years of scrambling for gigs in a tight music community with slim gigs, I approached J.J. [Hilsinger] at the Water Tower Pub and I began Wednesday Night Blues. This grew to weekends and then Thursdays, too.”

The popular Blues Nights became a mainstay for music lovers and players in the community.

Some of the community’s best players would join McCarthy on stage.

“The Sault is packed with such good players, more on average than in Toronto,” says McCarthy.

“For me the ones doing originals stand out.”

“There are also some really good female singers who were gigging regularly, Val Powley, Janet Brown, Britta Wolfert, to name just a few.”

In addition to the regular gigging on Blues nights, there was another positive result of his time in the Sault.

“In this time, a decade and more, I really got a chance to produce my own records, something I was always unable to do in Toronto what with distractions, working and other people’s projects.”

McCarthy’s songwriting has been recognized CBC's Fresh Airs host Mark Rheaume, who chose the musician as an “artist to watch for” based on his 4th CD, Letter to Kilkenny.

In the end, it was likely the COVID-19 pandemic influenced McCarthy’s recent decision to relocate to St. Catherines.

He had already been bouncing back and forth between the cities when the pandemic hit.

“COVID-19 certainly has ended the Watertower’s [Blues Night] gig for all,” he says. “So, there is little to keep me in the Sault music-wise.”

McCarthy says he will miss the regular Blues Night gig.

“It was a lovely night out for me and I made a lot of friends that will continue forward.”

McCarthy hasn’t closed the door on the Sault entirely and has ensured there will be opportunities to come back.

He also plans to continue to organize his annual Blues for Food fundraiser and is planning a CD release for my current Great Lakes Nocturnes album [available at Bandcamp] in the Sault.

“I’ve started working on a cool project with Maja Bannerman as Junk and Juice,” say McCarthy.

Although the Sault may no longer officially be his home, he has ensured his connection to the community.

“I am still in flux between the Sault and St. Catharines,” says McCarthy. “I still have a place [in the Sault], and in this crazy world situation, it's a sort of safe house in case of the supposed dreaded second wave of the pandemic.”

Graham Elder’s grand adventures led to the publication of a novella
Oct 9, 2020 4:26 PM