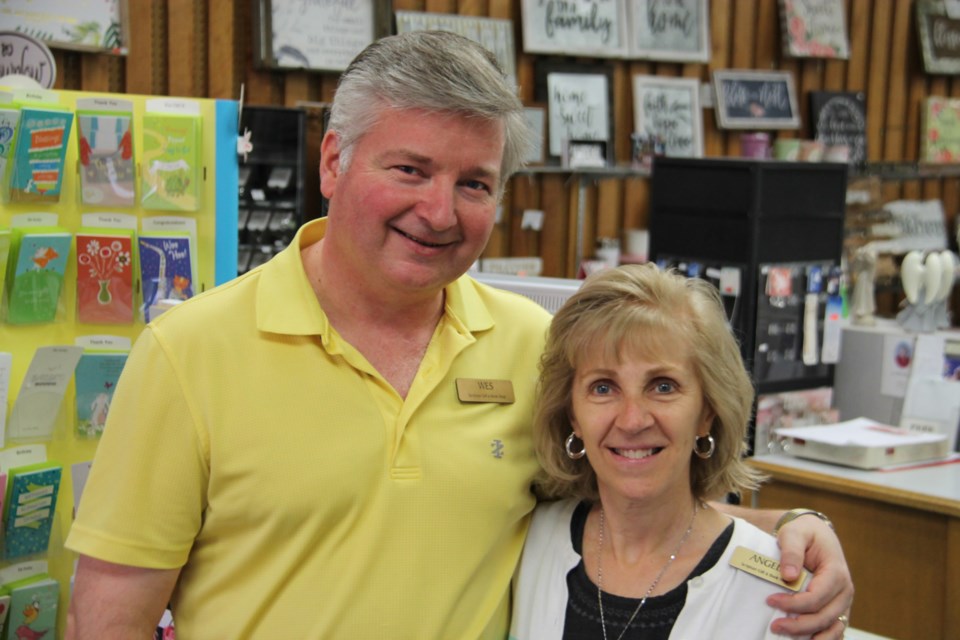 When you own a Christian bookstore, you have to be prepared for people who come in for more than just books.

“We like to direct them to materials that will help them. That’s the whole mission for this store," said Angela DiPietro, who owns Scripture Gift and Book Shop with her husband Wes.

The DiPietro's have owned the Queen Street store since 1998, but they have been involved with it going back to the 1980s.

"We have materials for Christians and non-Christians alike. When they do come in with problems, we’re willing to hear a little bit of their story and keep it confidential like a doctor’s office. If we can’t, then we can suggest a pastor or somebody else who can come along and help, we have a few churches around here and we’ve sent some people there as well."

The couple says they really don't mind it when people bring in questions outside the realm of books.

“It really thrills our hearts when we can help, to give them hope for the day instead of no place to turn,” said Angela.

“I don’t think other retail stores experience that. There’s a good number of them who don’t leave without a hug, or they come in with a cup of coffee or a doughnut for us, even vegetables from their garden, it’s wonderful,” she said.

“That encourages us. That means it’s more than just ‘stuff’ we’re trying to sell,” Wes said.

Scripture Gift and Book Shop was established in 1968 under the ownership of Margaret Frizelle.

“She started the Christian bookstore here in the Sault on Queen Street, which was a happening area. She was in the back of a store, then after a relatively short time she moved over to 474 Queen St. E., about a hundred feet down from our present location in the 1960s,” Wes said.

Angela worked for Frizelle in the 1980s.

“She had a room back there where you’d sit and have your lunch and I would sit there and just dream about the place and think ‘ah, I’d sure love to own something like this, not knowing it was the plan for the future,” Angela said.

“Near the end of Mrs. Frizelle’s days of owning the business, she developed Alzheimer’s and her grandson ran it for about six months, then he decided on a career change. We got a call from Mrs. Frizelle’s daughter, a friend of our family, in December of 1996, just wanting to know if we could manage it for them. We said ‘sure,’ so starting Jan. 1, 1997 we started to manage it. We purchased the store from them in November of 1998,” Wes said.

“We moved to this building at 492 Queen St., the old Moore’s location.”

“I had my nose pressed up against the glass, looking in. It was empty. This was easily twice the size of what we had. We made an offer, we made a deal, and we moved here in November of 2001,” Wes said.

“We moved on a Saturday, on a normal day’s business. I ran a telephone line across the building to help with interactive stuff. People helped me from Bible Fellowship Church. We moved the stuff like little ants, moving everything in that Saturday, on one day,” Wes happily recalled.

Angela enjoys literature devoted to daily Christian living, while Wes is interested in books concerning what is called Christian ‘apologetics’.

Scripture Gift and Book Shop is a rarity in northern Ontario, many other such stores in the region having succumbed to online shopping, Wes said.

The DiPietro's offer online shopping as well, which has helped sustain them through COVID-19, said Wes.

“We see the grace of God and the planning of God in our lives... that’s what it (the bookstore) is for us,” said Wes, who added he was once an atheist.

“We’ll go as long as we’re led to go,” Wes said, the DiPietros firmly believing divine guidance led them to go into business and kept them through up and down cycles in the retail sector over the years.