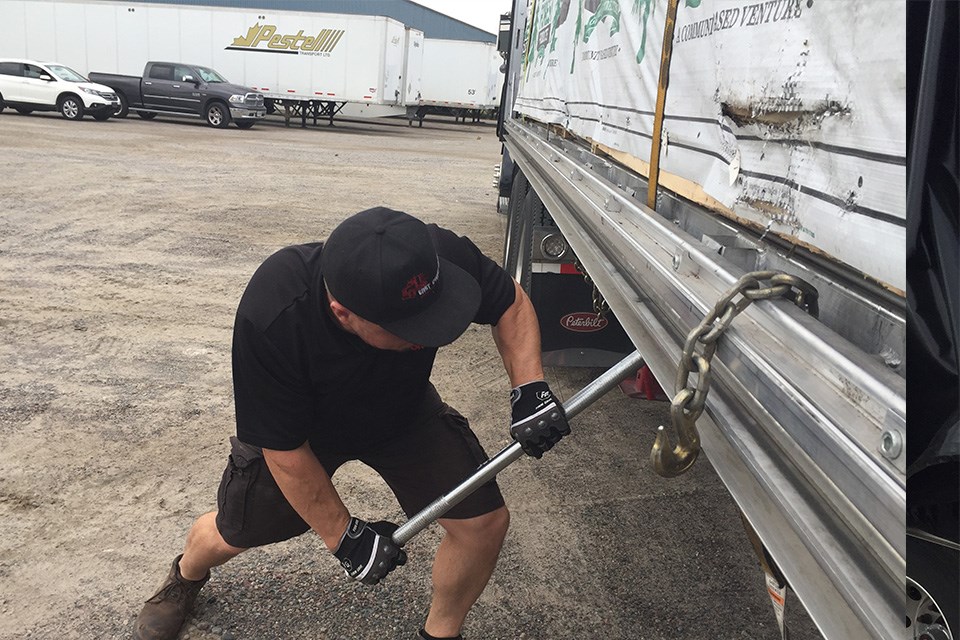 It started with a phone call and has lead to more than $15,000 US worth of lumber heading to Houston, Texas.

“We’ve all seen the devastation in the south,” said Bob Giroux, President and CEO Soanbert Corp, the parent company of White River Forest Products, adding both Houston and Florida are markets they regularly sell to.

It was a partner from Houston, from Bedrock Logistics, a shipping company used by White River Forest Products, who relayed some of his family were directly affected by Hurricane Harvey. The floods from Hurricane Harvey inundated hundreds of thousands of homes and displaced more than 30,000 people.

Giroux spoke to SooToday in Sault Ste Marie while the truck was being reloaded. He said the lumber has been donated to the Houston Habitat for Humanity; Bedrock Logistics has donated the shipping.

“White River Forest Products is a community-based enterprise. Basically it’s owned by the community of White River, Pic Mobert First Nation, and private investors that are led by Frank Dottori,” said Giroux. "We're donating from one community to another.”

Giroux said he got a all from Dottori on Sunday, and by Tuesday morning the deal was made.

“It was quick. It was something everyone wanted to do from the bottom of their hearts,” he said.

White River faced it’s own hard times when the mill closed a few years ago. “The people of White River know what it’s like to go through some sort of devastation and they wanted to give back,” said Giroux. “It’s a pretty good sense of feeling to be a part of that, believe me."