Christina Damignani is changing the face of the funeral industry

Daughter following her mother’s lead into the family business 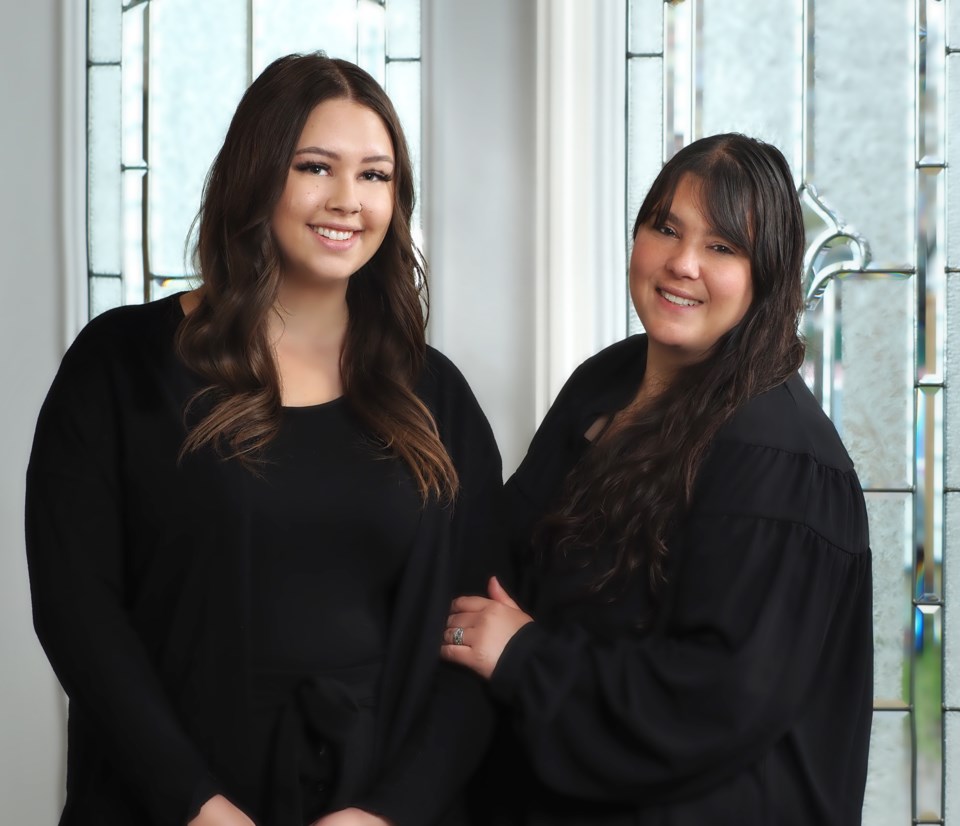 Christina Damignani is helping to tear down the stereotypes of a traditionally male-dominated profession. Later this summer she will become a fully licensed funeral director at O’Sullivan Funeral Home in Sault Ste. Marie. Christina’s mother Lisa has been a funeral director for 13 years.  She purchased the business in 2014. Lisa said, “I am so blessed to have Christina follow in my footsteps, not only to become a funeral director, but to some day take over the funeral home and become another funeral home owner.”

Christina has always had compassion for people, especially those who are at the most vulnerable points of their lives.

Christina said, ”From a young age, I never really wanted to follow in my mother’s footsteps. It never crossed my mind to become a funeral director like her.” Following her graduation from Superior Heights Secondary School, Christina became a personal support worker who cared for the elderly and disabled in their own homes.

Three years into her job as a PSW, Christina’s parents Lisa Damignani and Mark Trudel asked her if she was interested in becoming a funeral director. That question planted a seed that grew into a desire to enter the family business. Christina said, Once I got older, and started working casually in the funeral home, I saw that the people in our community need a compassionate, understanding funeral director, and my mom was one.”

Christina enrolled in the two-year Funeral Director program at Humber College. She has completed her first year and she is  currently interning under the direction of her instructor Riely Strachan. Reily is also a funeral director at O’Sullivan Funeral Home.

Christina has written the licensing exam through the Bereavement Authority of Ontario. In August she will be fully certified to embalm bodies and guide clients through the funeral process on her own.

Christina is a natural for the funeral business. She has compassion and empathy for others. A gift of caring for people at the most painful and emotional time of their lives is not something that can be learned in school. She said, “I knew it was my calling and that I too, could become a compassionate funeral director just like my mother. I now want to be that person that people need to rely on when they lose a loved one and are grieving.”

A funeral director needs the same kind of compassion when helping people pre-plan their funerals. O’Sullivan’s is very aware how vulnerable people are at the lowest point of their lives. It does not use high-pressure sales tactics to shame clients into spending more money than they need to spend.

Mark Trudel said he is happy O’Sullivan is not part of a large profit-driven corporation. He said, “It’s gratifying when people say ‘thank-you, I don’t know how I could have done this without you”.

Lisa recognizes that compassion is one of the most significant qualities a funeral director can have. “I know that when I am ready, my daughter will carry on my values and she will be there for the families in our community.”

O’Sullivan Funeral Home has been an established business in Sault Ste. Marie for 71 years. Mark Trudel and Lisa Damignani say there is an immense responsibility that comes with serving the people in your community well, because your reputation is everything.

For more information visit osullivanfuneralhome.com or their Facebook page.