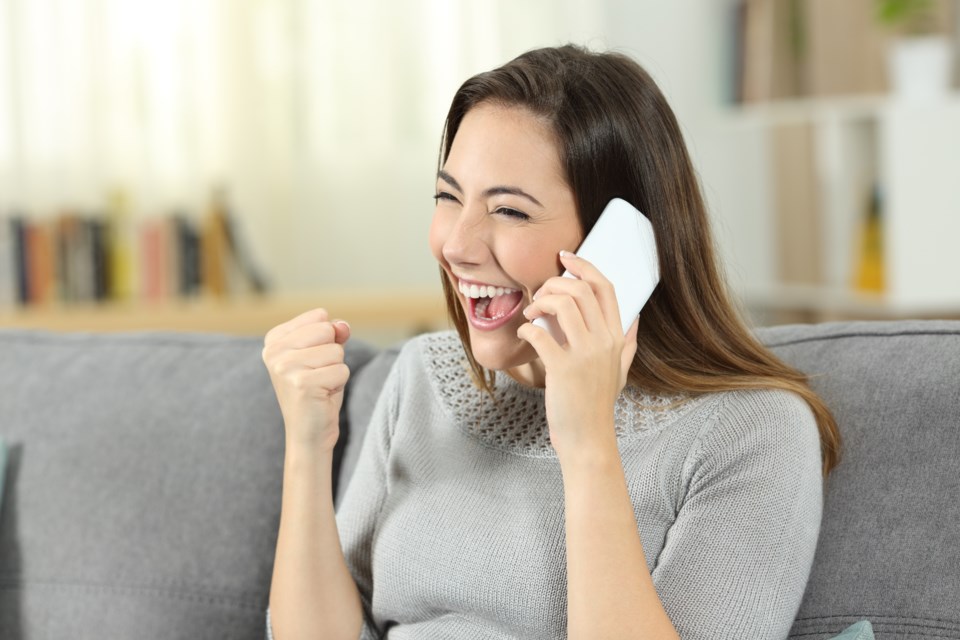 When Diana Archibald saw an incoming call from the Group Health Centre, she wondered why she was getting an appointment reminder on a Saturday evening. She was in for a big surprise when she answered the call. It was the Group Health Centre Trust Fund representative calling to tell her she’d just won $85,000 in their 2019 Big Wish Lottery.

“It was so exciting, I couldn’t even talk,” said Diana. “I was in shock and I had to pass the phone to my husband to talk for me.”

In reminiscing, even almost a year later, Diana can still feel the emotion she experienced learning she held the winning ticket.

Barry, her husband, had bought the Big Wish Lottery ticket for her as a birthday present.  He had purchased it two days before her December 30th birthday. The draw was held on January 12, 2019.

“He now jokes that he doesn’t know what he’ll do for my next birthday to top that gift,” said the Bruce Mines resident.

For Diana, she describes it as a once-in-a-lifetime dream. They’ve used the money to pay down some debts and help their two kids. And they’ll continue to buy tickets to help support the valued local cause.

“We like it because it is for a local cause and is a great way to support the Group Health Centre,” said Diana.  And her advice for the winner of the Big Wish Lottery draw in 2020?

Making that call for the Big Wish Lottery—or any of the other lotteries that the GHC offers— is also exciting for the one making the call.

“Calling a winner, of any of our draws, is my favourite part of this job,” said Logan Kennedy, Trust Fund Coordinator with the Group Health Centre. “Everyone reacts differently; some are subdued, others are in shock and some just aren’t even sure how to react, but it certainly makes for an exciting phone call.”

With the 20th anniversary ticket sales for the Big Wish Lottery officially underway, Diana’s husband may now have a way to top last year’s birthday present— a chance to win $100,000 for only $25. The 2020 Big Wish Lottery grand prize has been boosted by $15,000, and there are also five secondary prizes of $2,000 each. Only 15,000 tickets  have beenprinted.

“With this being the 20th anniversary of the Big Wish Lottery, we wanted to do something special,” said Kennedy.  “This prize now makes us one of the biggest single cash prize lotteries, in Northern Ontario, for a non-profit organization.”

The 2020 Group Health Centre Trust Fund campaign is called Imagining a Brighter Tomorrow and on the wish list is a new diagnostic imaging system valued at $250,000.  The Group Health Centre currently has a roster of over 80,000 patients throughout their eight locations in the Algoma district.

“This new x-ray unit provides clearer images and in a faster time frame so patients will be exposed to less radiation and have shorter wait times,” she explained, adding medical equipment purchases are not funded by the government.

Big Wish Lottery tickets can be purchased at 90 locations including Rome’s, the Station Mall, both Metro locations, Scotiabank at the Station Mall and the Cambrian Mall. Tickets will also be sold at select upcoming Greyhound games.

Big Wish Lottery tickets can also be purchased online at www.BigWishLottery.ca, or by calling the Group Health Centre Trust Fund office at 705-759-5530. Click here for complete details including restrictions.