Authorities hope to identify plane that flew under Mackinac Bridge 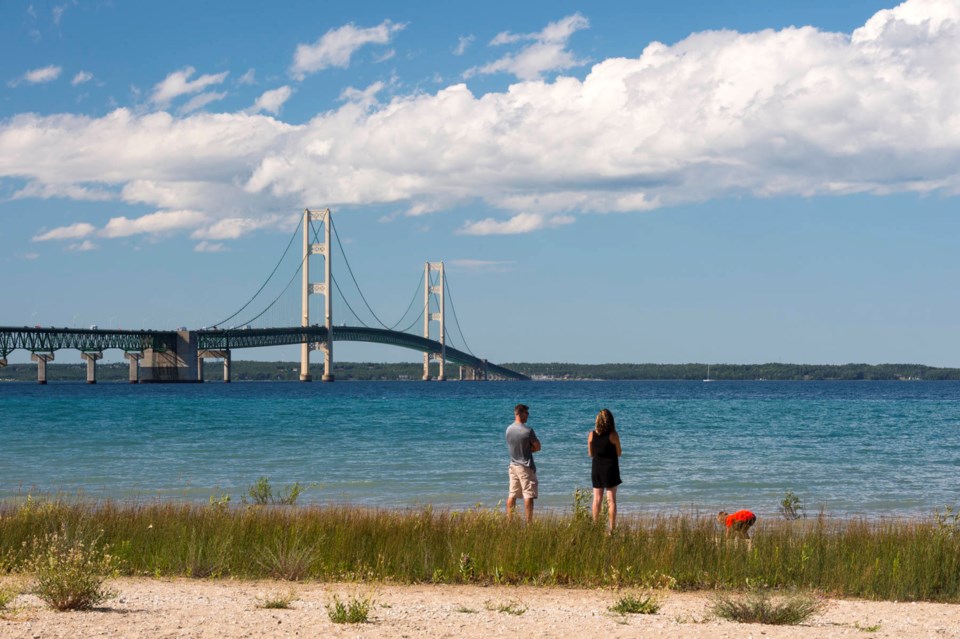 The U.S. Coast Guard Investigative Services (CGIS) and the Michigan State Police are hoping to identify an aircraft and its pilot after a small plane was spotted flying under the Mackinac Bridge in late June.

A news release issued today by the U.S. Coast Guard 9th District Great Lakes states that at approximately 2:50 p.m. on Sunday, June 28, an airplane flew under the bridge as hundreds of travellers crossed during the Independence Day long weekend. A crew member aboard a small Coast Guard vessel managed to capture video footage of the incident.

"This was extremely reckless behaviour on the part of the pilot, and it imperilled the safety of everyone on the bridge that day,” said State Police Detective Sgt. Gary Demers in the release. “We hope that someone can come forward with information to help us make sure it doesn't happen again."

Investigators request that anyone with photos, video, or other information that might help identify the aircraft reach out Michigan State Police at 906-643-7582. Those with information about the case may also leave an anonymous tip using the Coast Guard Investigative Service’s CGIS TIPS app, available for iPhones and iPads, as well as Android devices.