U.S. Army Corps of Engineers says the need for a new, second lock to pass vessels from Lake Superior through the St. Marys River is vital
Dec 27, 2019 2:00 PM By: Darren Taylor 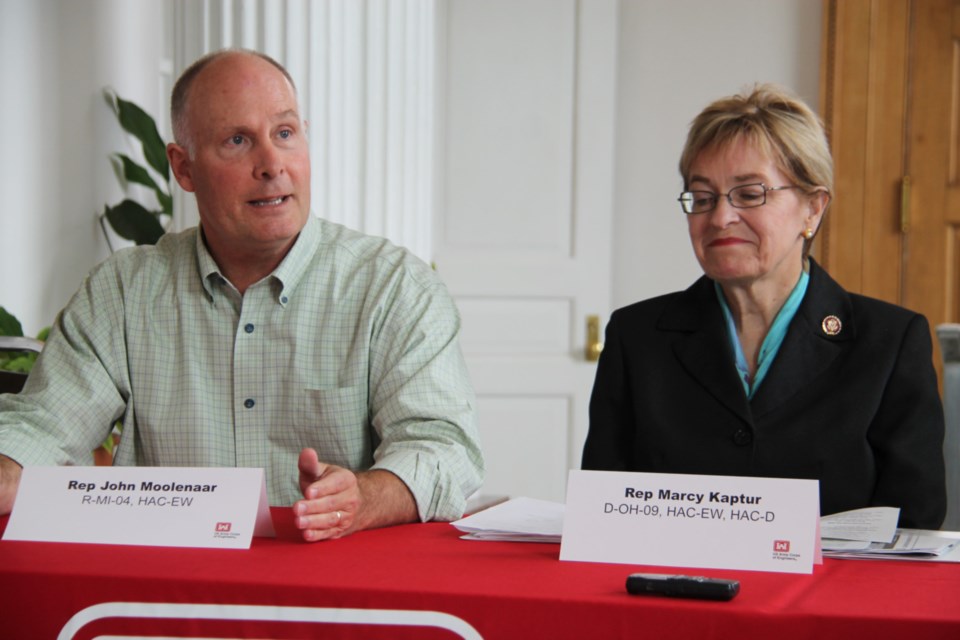 After promising to ‘fix’ Sault, Michigan’s Soo Locks at a Detroit area rally in April 2018, U.S. President Donald Trump officially approved $75.3 million in funding toward design and construction of a new Lock with his signature Dec. 20.

The locks expansion was first approved by the U.S. in 1986, but has suffered numerous delays under several administrations because of a lack of funding since then.

Currently, the largest lake freighters can only come through the Poe Lock, which is now over 50 years old. The MacArthur Lock can accommodate smaller vessels, while the Sabin Lock remains closed, and the Davis Lock decommissioned.

U.S. legislators and the U.S. Army Corps of Engineers have said the need for a new, second lock to pass vessels from Lake Superior through the St. Marys River cannot be overstated.

Approximately 80 million tons of commercial commodities, such as iron, coal, grain and other materials pass through the Soo Locks annually, more than 80 per cent of that tonnage passing through the Poe Lock.

At a roundtable held at the Soo Locks administration building in August Lt. General Todd Semonite, commanding general of the U.S. Army Corps of Engineers, said “if we can’t get that second lock done, and if there ever was a failure (with the Poe Lock), the ramifications for jobs, for steel mills, in unemployment, would be significant. This could be a crisis for the nation.”

“This is an historic day. For the first time in decades, legislation funding the construction of a new Soo lock is on track to become law. This is a major priority for our state and as our state’s senior member of the House Appropriations Committee, I have worked hard to get this funding through Congress,” said Congressman John Moolenaar, after U.S. Senate approval of $75 million in funding Dec. 19.