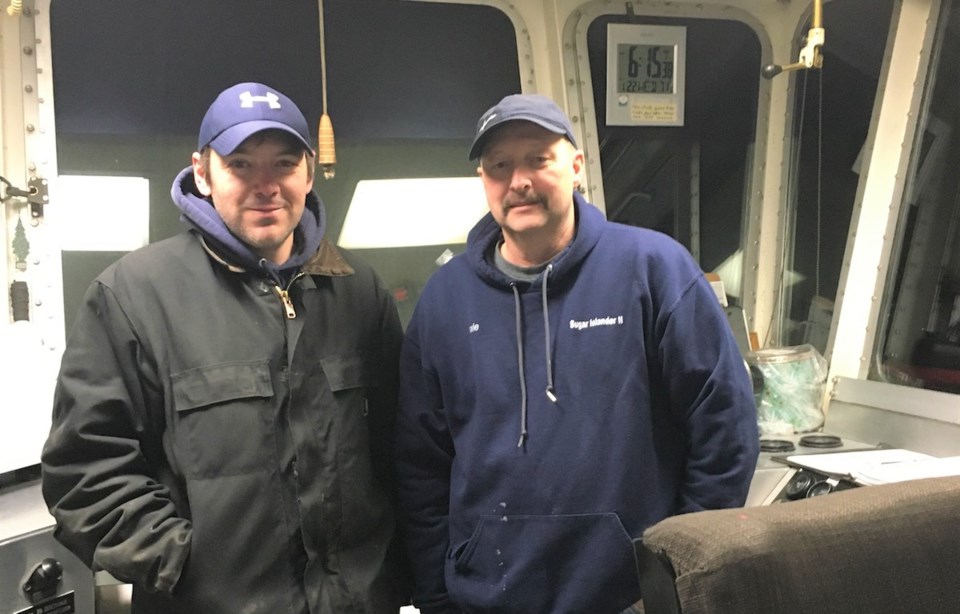 Captain Dale Rosenbum spotted something in the water and called down to deckhand/crew leader Phil Roy to look to see what was in the water. Phil saw the object was actually a person and the person was hollering for help. They immediately went into action to save the individual, utilizing their man overboard training just as they had rehearsed it many times in practice drills.

“You don’t ever think you are going to use the training and hope you never have too, but it just came automatically and we set everything in motion. Dale was able to maneuver the ferry close to the girl and Phil, with the help of the passengers, was able to get her aboard the vessel. The passengers became part of our crew, and they are all a large part of this rescue,” Roy states.

“After she was on board, we were able to get her in a warm vehicle. Dale turned the ferry around and docked at the mainland where an ambulance was waiting. We are thankful she is safe and well,” continued Roy. “I honestly can’t say enough about the collaboration of everyone on the ferry today. We are thankful for everyone’s help and quick action.”

Pete Paramski, EUPTA executive director states, “Our crew trains specifically for moments like this, but have never had to do it out of necessity. We always use a dummy during training maneuvers. They deployed our man-overboard drill like we’ve done a hundred times before, but this time it wasn’t a drill. Due to their training and quick action, they successfully pulled her from the water and onto the boat. Our guys’ fast action and training undoubtedly saved her life. Words cannot explain how proud I am of our crew and how happy I am that we were available for this young lady. Absolutely outstanding work by the Sugar Island ferry crew.”

As far as this crew being called heroes, “We were doing our jobs, and we are glad we were trained and able to utilize it, along with having passengers who became a part of our crew to ensure the best possible outcome for the young girl,” Roy said.

The crew continued on their shift after the incident, making sure the ferry continued to run as normal.