No matter what he’s doing, the man known as ‘Happy’ always has a smile on his face 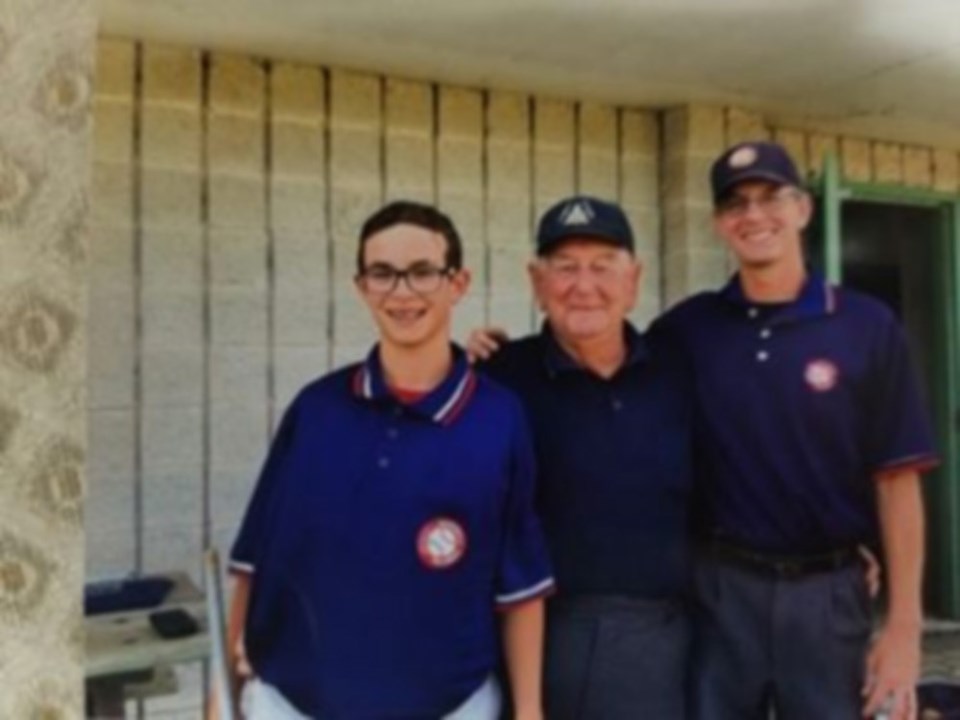 He may not be as recognizable as Phil Esposito or Angelo Bumbacco, but the man they call ‘Happy’ sports one of the most familiar faces in Sault Ste. Marie and for good reason.

Whether selling raffle tickets at Pino’s Get Fresh, Metro grocery store, Rome’s Independent or Station Mall, Walter ‘Happy’ Hapanovich always has a smile on his face and is always eager to lend a hand to charities in need.

He just also happens to be a sports fanatic who has been officiating various athletic events since 1963, including baseball, football, hockey, slo-pitch, fastball and even broom ball.

“I just love it,” said Hapanovich, of the volunteer work he puts in and the thousands of hours of officiating sports. “It gives me a chance to meet people and that’s the main thing. I get to see a lot of people I went to school with and played sports with and you can’t meet them by sitting at home.”

Since his high school days when he played football under Tom Tipton, Frank Donnolly, John Milligan and Doug Hargreaves, Hapanovich has had a passion for sports, with baseball being his favourite.

And to the thousands of Sault residents who have come to know him over the years, almost to a person they seem to know him as ‘Happy,’ a name that was given to him because he truly is a guy who seems to always be in good sprits, with his booming voice and engaging grin being two of his distinguishing characteristics.

“That was my name because I was always smiling,” Walter said. “I think Jim Sanko and Rob Panco came up with it, but it was really because of my last name, too.”

Behind the plate, he was considered somewhat of a character, but he always tried to make sure the game was being played by the rules and he refused to allow himself to be intimidated by angry coaches. He said he doesn’t know if he’ll do any games next year due to his aging body, but he’ll likely be at the field a lot, supervising the up-and-coming umps.

“With my age and everything else, we’ll see how I feel and then make a decision,” Hapanovich said. “I don’t like seeing the young 13 and 14 year old kids starting out being out there by themselves against older coaches so I usually go to the field and watch and if guys need any help, I’ll supervise things.”

And while he’s enjoyed many memorable moments as an umpire, including doing some provincial games, he said his fondest and most touching moment came last season when he did a game with his son, Paul, and grandson, Michael.

Michael, a Grade 9 student at St. Mary’s College, was the home plate umpire for a Mosquito Division game while Paul did third base and Walter first base.

“It was great being with your son and your grandson on the same field,” Walter said. “It was just terrific. It’s something you look forward to all your life but you never think you’ll have a chance to do it unless they’re involved in the sport, and they are.

“Umpiring was something I really enjoyed. I tried to go by the rules and everything and I always tried to get along with everyone and I tried to help everybody out.”

Even today, he spends many summer days at the ball field watching the younger kids umpire Rookie Ball, mainly to make sure they don’t get intimidated or abused by the older, more savvy coaches.

While Walter has given a lot of his time to volunteering or officiating games, there’s no doubt his involvement today helps alleviate a huge void in his life. His wife, Dale, died of colon cancer four years ago and that’s left a big hole, considering they were married for nearly 44 years.

“It passes the time and helps keep me connected to people and keeps me relaxed,” he says. “I had a setup with my wife when we were younger in which I would have supper, take the kids for a bike ride or to play on the swings and then I’d go do a second game at North Street field or somewhere."

He still laughs at the time when a player was racing hard to home plate and took his knees out from under him ‘but as I was falling to the ground I yelled ‘you’re out,’” Walter said.

That was many years ago and while many of former classmates and peers have passed on, Walter is still standing, still going strong and still donating his time to make things better for other people.