He is remembered as a beacon of encouragement with a calm demeanor
Sep 21, 2020 4:21 PM By: Bill Montague 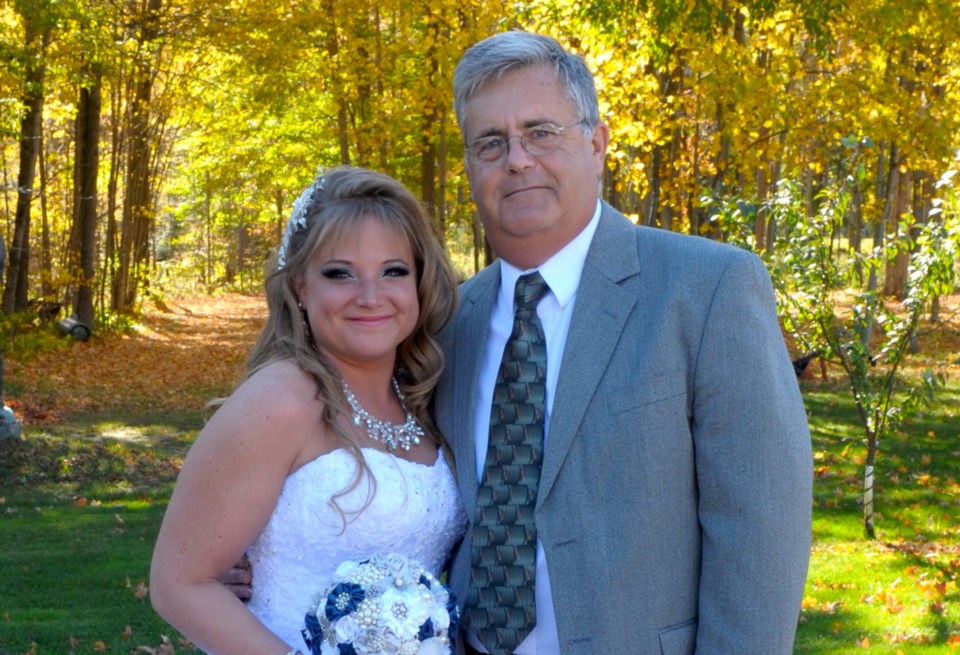 There was something about Walter Gover that always made you feel warm and comfortable. Maybe it was his embracing, friendly smile. Or perhaps it was that soft voice of his that always made him so approachable, even at the most difficult of times. Or, better yet, maybe it was just his classy demeanour and the way in which he interacted with his players and students.

Considered one of Sault Ste. Marie’s finest volleyball coaches, Gover passed away following an illness last week at the age of 67, but his friends and family can take solace in the fact he left an indelible mark on so many young students and athletes who were fortunate enough to cross his path.

Along with the late Cliff Summers, who died in 2012 at the age of 61, Gover coached the former Sir James Dunn Eagles senior girls volleyball team for more than 25 years, building a dynasty that saw them miss the Northern Ontario Secondary Schools Association finals just three times. He and Summers also spent countless hours coaching elementary volleyball as well.

“Mr. Gover was a wonderful coach and teacher,” said Kathleen McQueen, who played for him during her high school days at Sir James Dunn in the mid-to-late 1990s. “His love of sports was infectious, and his kind and soft-spoken ways were influential. I will always remember the dynamic duo of Walt and Cliff, and how lucky I was to be a part of their team.

“I hope he knows how many lives he has positively impacted. Thank you for the many years of coaching. It was a privilege to be on your team.”

That sentiment is echoed by nearly everyone you talk to about Walter Gover. He was a consummate gentleman, they say. He was a calming force both in the classroom and on the sideline. He was encouraging. He always seemed to have positive things to say. And, he cared about the kids and their development. He was the perfect sidekick to Summers, a fiery competitor whose intense demeanour made him somewhat intimidating.

“Walter was a figure of calm and composure and taught me to always strive to improve myself in every way,” said Taryn Reid (Thompson), who was one of the Eagles star players in 2000. “He was our assistant coach for three years with Cliff. He did not only help lead our team to many on-court successes, he showed us that we should never stop learning.”

Reid said part of getting that message across to them was by often walking into practice with a book in hand. It was his way of letting the kids know you can never stop learning.

“I remember him always walking into practice with a book,” she said. “One season, it was a dictionary. When we asked him why he would read the dictionary, he simply stated he wanted to improve his knowledge. He led us through his actions, being a voice of reason and keeping our team focused. His players were so fortunate to have him and he will be sorely missed.”

Former Bawating Braves senior girls volleyball coach Mary Hart said Summers and Gover brought out the best in her and they were the perfect tandem, with each complimenting the other’s weakness.

“Cliff was the one that would turn purple and you could tell when he was upset,” Hart said. “Walter was the buffer, you know, the gentleman and he was very soft spoken. If he had something to say, it was because he was trying to help and it was always so positive. Those two put in so many countless hours of volunteer work at both levels (elementary and secondary) and you just don’t see that type of commitment any more.”

Hart recounted one of the last conversations she had with Gover a few years ago and said that encounter epitomized what he was all about. She said she was ice skating and getting into shape for refereeing hockey, which was new to her. She told Gover how nervous she was and how she wasn’t sure if he could do it and his calm response instilled immediate confidence in her.

“He looked at me and he just said ‘You’re going to be fine, you’re a good skater, you’ll do just well,’” Hart said. “I was really boosted by the confidence he showed in me and that’s the way he came across to the kids on the Sir James Dunn team. He was just such a positive, calming influence on them.”

Gover, who spent 30 years teaching in the elementary school system, is survived by his sister Ramona Baxter and his mom, Mary Lou.