Katrina McMeeken says support from spouse, friends has made transition to ref role easier
Jan 20, 2020 11:00 AM By: Bill Montague 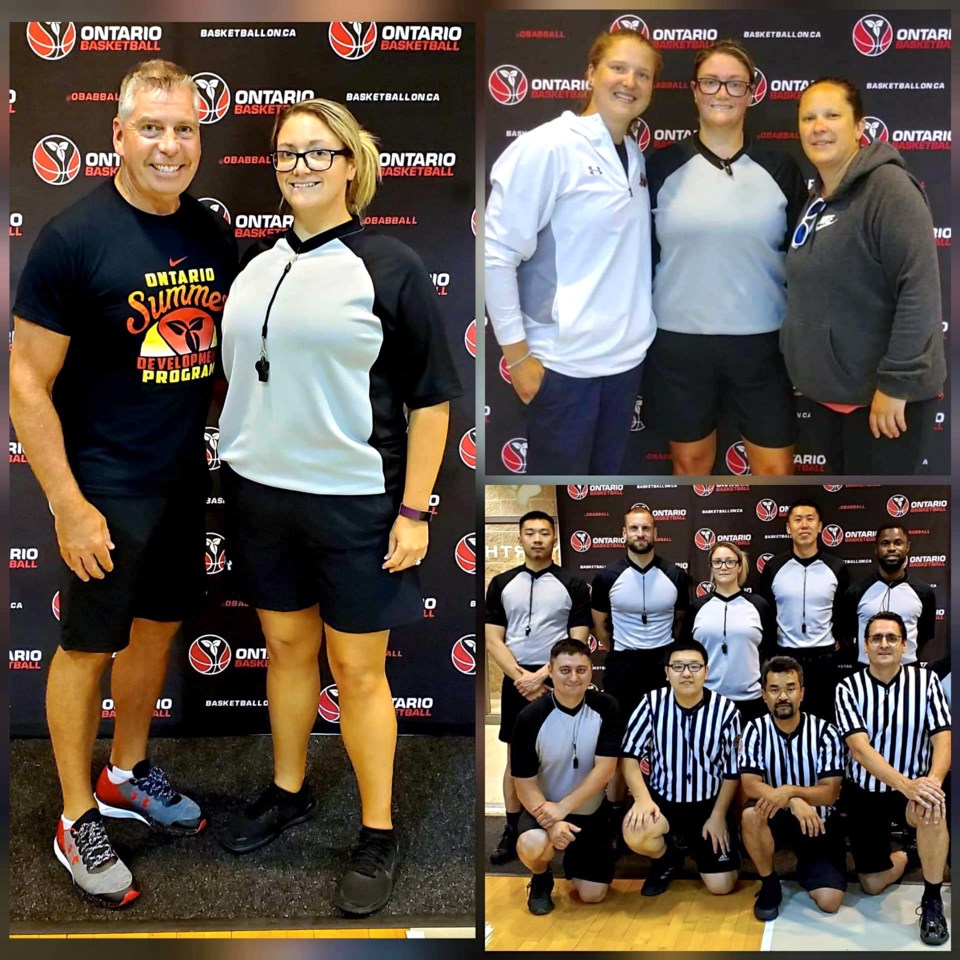 Katrina McMeeken may be the new kid on the block when it comes to local basketball, but she has an old resident to go to whenever she needs some wise advice.

After a few years of watching her spouse, Joe Kemp, referee basketball locally and provincially, the 32-year-old McMeeken has decided to jump into the frying pan and give the world of officiating a go.

She is now the second female referee at the high school level locally, joining Alyssa Spooney, who has been doing it for seven or eight years. Spooney is now qualified to do Ontario University Association games as well.

For McMeeken, a former student-athlete at the now closed Sir James Dunn Collegiate, refereeing from the stands and doing it from the court are two completely different worlds.

“It was tough, it was really tough,” she said, when asked to describe her refereeing debut during a three-day referees camp at Georgian College in Barrie, ON. “It was so nerve racking, but I’m fortunate that I’ve travelled around for a year and half with Joe watching him do games so I had somebody to bounce things off of. Meeting Joe reacquainted me back into the basketball world again. I just said to him 'I think I want to do this,’ and he’s been very supportive.”

And if ever there was a qualified teacher to lean on for advice, it is Kemp, who moved to the Sault from southern Ontario after meeting McMeeken. He’s been referring basketball for 30 years, 20 of them at the OUA level. He was just recognized by the Ontario Basketball Association for his 30 years of service and brings a wealth of knowledge and experience to the local circuit.

“Obviously Joe had a huge impact on me,” McMeeken said. “It’s been an awesome experience and this is something Joe and I can do together which is nice. It’s the bond we have with Alyssa and Chris. Their every weekend life is basketball.”

She said the fact the Sault already has one female official convinced her that she can survive in what has typically been an all-boys world.

She often saw Spooney and her husband, Chris, who is also an official, at various basketball venues, spending weekends together, travelling, officiating games and just hanging out at the gym so she figured she’d give it a try.

“I met them (Alyssa and Chris) multiple times on the road with Joe and just watching her inspired me,” McMeeken said. “She’s young, she’s around my age and she’s made her way up though the ranks quickly. She’s a very very good official and after watching her I said ‘Maybe I should give this a go.’”

But wanting to do something as stressful as officiating and actually doing it are two different things. During one of her first local games, Kemp sat in the stands, staring attentively at McMeeken’s every move. She was slow to blow the whistle, often leaving that to her cohort, but she has since gained confidence, but admits she has a long way to go. She said she has also received excellent instruction from Jeff Bussineau, who is the head of the referees association locally and was inspired by Sault native Katie Hamilton, who coaches women’s basketball at Nipissing University and by Sault native Heidi Jaaskelainen, who was also a mentor at the referees camp she attended.

“It takes a long time,” McMeeken said. “There’s not enough basketball up here to get the number of games to get confident this quick. In the beginning, you’re so scared that you don’t even want to talk to the coaches. It’s scary.

“I’m fortunate to have Joe. He has a lot of wise tricks and tools he uses to defuse coaches and he does it at the highest level. For me, I’m just starting, but everybody has been so supportive. They’re encouraging and they know I’m the new kid on the block and I’m a female and even the coaches, they know who’s been around and who hasn’t. If they have questions, they’re respectful and nice.”

So, just where does the pressure come from? Well, McMeeken admits it comes from coaches, players and within, but says the most heat she feels is from the stands, where there are often hundreds of referees on a nightly basis.

“You get it more from the stands than you do from the coaches,” she said. “You have to just let it not affect you. You have to tune it out and do what you’re there to do.”

And for now, the new kid on the block is treating this season as a learning experience, with the hope that she too will one day have the confidence and knowledge to make most of the right calls.

“I love it,” she said. “I love the game and I love learning. You can’t stop learning. I watch basketball games now and I watch them in a completely different light, you know, as an official now, not as a player or a spectator.”