Longtime coach says he wouldn't be who he is if he hadn't been involved in sports as a youth, and benefitted from the encouragement of the adults who coached him
Jan 4, 2020 12:30 PM By: Bill Montague 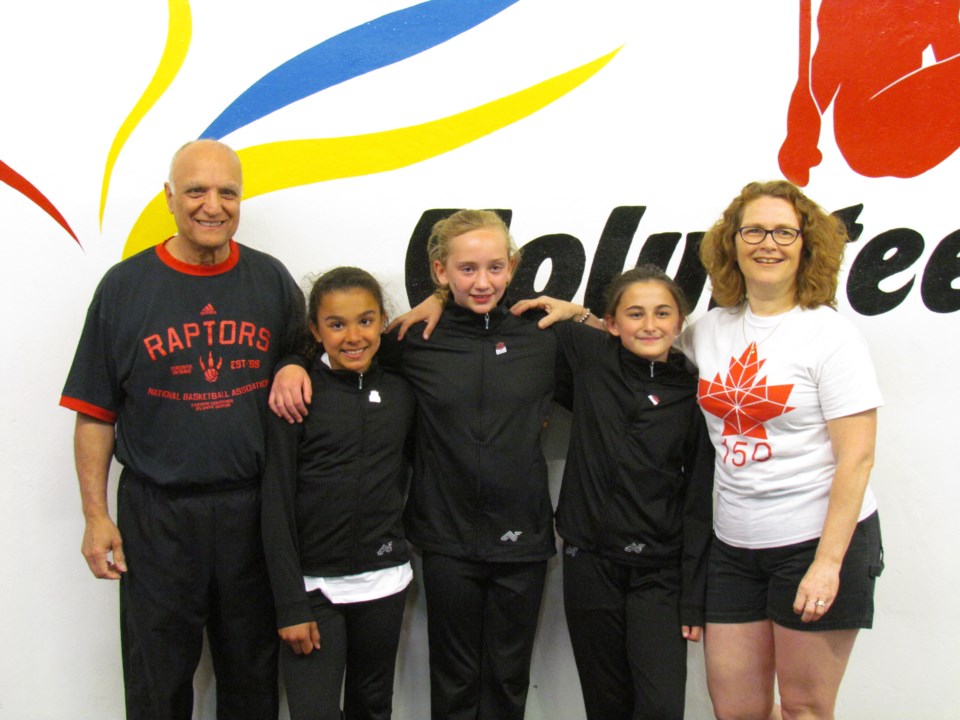 One look at Tony D’Agostino and you immediately get the impression he belongs more in a board meeting among accountants than a volleyball or gymnastics venue surrounded by athletes.

He is not one to yell or rant. He approaches every situation in a calm and analytical way with a voice that is both soothing and encouraging. He is always thinking, always asking questions and always trying to figure out how someone can do something technically better. He is not the type to over-talk and instead uses his ears and mind to assess a situation and devise a game plan.

He is, quite frankly, music to the ears for today’s young athletes, many of whom have grown up during an era of political correctness, a time when yelling and demanding often provoke negative results.

His soft voice and mild manner has been a blueprint for success over the last 46 years and has benefitted countless kids in Sault Ste. Marie.

Now 66 and with his kids - Adam and Ariella - no longer playing competitive sports locally, D’Agostino is still a regular on the coaching scene, donating his time to coach gymnastics at the Sault YMCA and volleyball at White Pines.

Along with his wife, Janet Kubik, D’Agostino spends three days a week for two hours at a time coaching some of the Sault’s up-and-coming gymnasts.

He is also a driving force behind the evolution of boy’s high school volleyball locally as this year featured the introduction of the sport at the high school junior level. He and Karen Lizzi also coached senior girls volleyball at White Pines this past season, often spending two and a half hours a night four days a week working with the senior team.

For D’Agostino, remaining active in the coaching community is somewhat rewarding, mainly because he knows how much athletics meant to him growing up. He said the real rewards often come years after when he runs into former athletes and is able to share stories of their current life and past endeavours.

“It’s very important,” D’Agostino said. “It’s so nice seeing some of the kids I coached 10 or 15 years ago and to stop and talk and see how they’re doing. I’m so happy for their success and you’re proud of them, you know, almost like they’re your own children. It’s just rewarding knowing that you had a part in making them who they are.”

A former high school gymnast and university badminton player, D’Agostino is all about technique. He is constantly looking for ways to do things more efficiently, something that comes out loud and clear in his one-on-one talks with those he mentors.

“I’m a mechanical geek,” he said. “I like to try and figure out how things work and gymnastics is one of those sports that’s geared toward bio-mechanics. I like to study and pick people’s brains. We’re building skills and we’re not always in a position to just teach the game. It’s the whole concept of breaking it down to the base common denominator.

“That’s the challenge we as coaches have all the time.”

But like most who volunteer countless hours of their time, D’Agostino makes it clear he would never do it if he didn’t truly enjoy it.  It’s like his own personal Fountain of Youth, he says. The more time he puts in, the younger he feels.

While he currently coaches gymnastics and volleyball, he has also coached baseball, hockey and badminton. He was also very active in trying to get a lacrosse league going in the Sault back in the early 1970s.

“At the end of the day, I wouldn’t do it if I didn’t enjoy it,” he said. “I really do like working with young people. They’re refreshing and they keep me young and I get so much satisfaction watching them succeed or seeing the look on their faces when they do something really well or when they win.

“The other part of it is if it hadn’t been for sports and people who volunteered when I was younger, I wouldn’t be who I am now and I wouldn’t have gone to university. Those people (former coaches) gave me a chance to play and they convinced me I was smart enough to do more.”

He said athletics serves as one of life’s greatest learning tools. It teaches kids about teamwork and camaraderie, but more importantly it instills a work ethic in many of them that often leads to future success in life.

“It isn’t just about playing, but it’s about learning,” D’Agostino said. “It’s about finding your own mettle and taking that and making yourself better. Sports gave me confidence to think I was smart enough to go to university and to do something professionally job wise.

“Sports taught me that if I wanted to succeed, I had to work. I don’t care how talented you are or aren’t. Don’t be afraid of failure because failure is always a step toward success. If some of these kids take that with them, I’ve succeeded.”