The longtime triathlete has switched his focus to cycling, adapting to age rather than quitting. He says maintaining 'desire' to stay active is his secret
Mar 3, 2020 12:30 PM By: Zaafina Naqvi 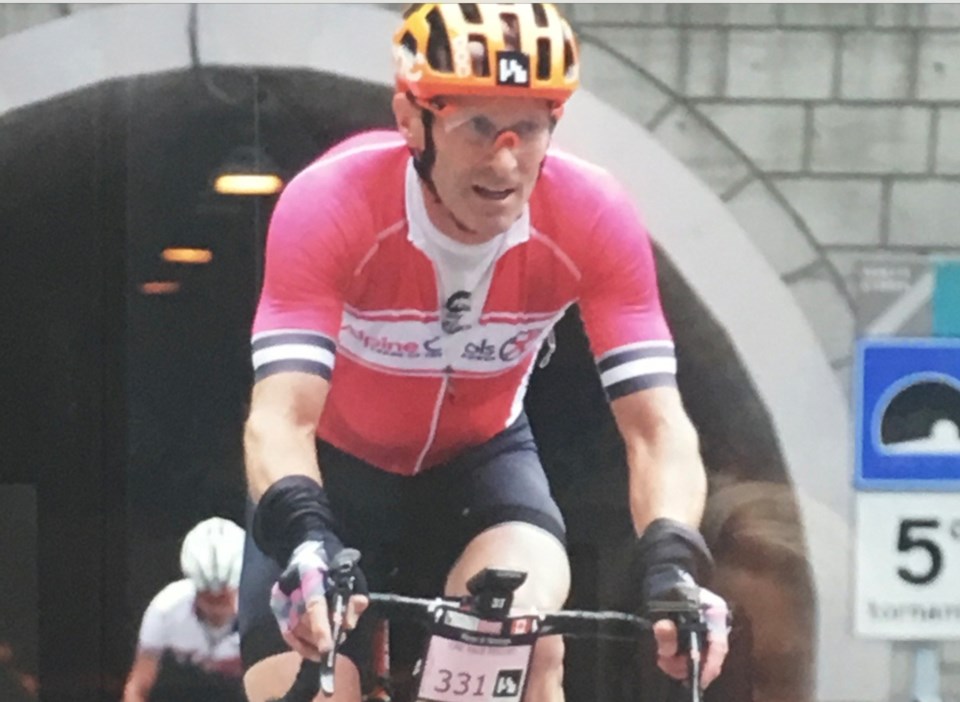 Dr. Eric Piscopo says he has focused more on cycling as he has gotten older. Photo supplied

Local dentist Dr. Eric Piscopo has been leading a healthy, active lifestyle for as long as he can remember.

Although he will be celebrating his 68th birthday this month, it is apparent that he doesn’t let age play any sort of factor.

Piscopo, who has been a dentist at Bay Dental Group since 1979, has been engaged in a number of sports over the years.

“Currently I’m most involved with both winter and summer cycling. Fat bike riding in the winter and road biking in the summer,” he said.

He has also been an avid cross country skier, swimmer, and triathlete.

“I grew up being encouraged by my parents to stay active,” Piscopo told SooToday. “I moved to Sault Ste. Marie shortly after graduating from dental school, and I engaged myself in the local athletic community. At that time it was primarily running, but I’ve always had an active lifestyle and it’s given me great enjoyment.”

Some of his more memorable experiences have been during his triathlon era.

“I competed with the Canadian National Age-Group team which gave me opportunities to travel to various parts of the world: Australia, New Zealand, Switzerland, and Mexico to name a few, to compete at the World Triathlon Championships. After some years, I got involved doing Ironman and I competed a couple of times at the Canadian Ironman Championships,” he said.

An Ironman Triathlon consists of a 2.4-mile swim, a 112-mile bicycle ride, followed by a 26.22 mile marathon race.

“I’ve competed in 5 Ironman triathlons in total,” he said. “Two of them were Ironman Canada qualifiers for the world championships in Hawaii. So I competed twice in Hawaii and that was a remarkable experience.”

Piscopo competed in triathlons up until 10 years ago. After developing some injuries, he decided to back off on the running portion and get more involved in cycling.

“I competed about 6 times over in Europe in an event called Hault Route. It’s a week-long race that is primarily focused on mountain stages. It’s 7 consecutive days and very grueling. My memory of that was the difficulty of it but also the enjoyment of competition,” he recalled. “I happened to win my age division once and came near the top of my age division another time, and I was very pleased and proud to be able to do such a thing.”

Piscopo is also involved in the local swimming scene, mostly for the fun, social aspect of the activity.

His answer to how he has continued to live this way for so many years is simple: desire.

“You have to have a desire to participate. I think the thing that keeps one involved is an interest in participation,” said Piscopo. “You have to have a desire to stay active and the activities translate to staying healthy. Most of the activities are outdoor activities, so you also get to enjoy the outdoors of our local community which is fantastic. It’s just a lifestyle. Some people like different things and I happen to like sports and physical activity.”

Piscopo says that he currently spends at least 5 days a week doing something active.

“As long as my body stays intact I will try to stay active in one activity or another. The activities may change as I get older. If it becomes more difficult to do one activity, I’ll switch to another one. An active lifestyle has been part of my life all along, and I hope to continue that.”

Meals on Wheels program ups its game as COVID-19 threatens its most vulnerable clients
Apr 7, 2020 12:30 PM

Day program a break for seniors with dementia and their families
Feb 4, 2020 12:30 PM
Comments
We welcome your feedback and encourage you to share your thoughts. We ask that you be respectful of others and their points of view, refrain from personal attacks and stay on topic. To learn about our commenting policies and how we moderate, please read our Community Guidelines.