Snowmobiler rescued after sledding into open water near Wawa 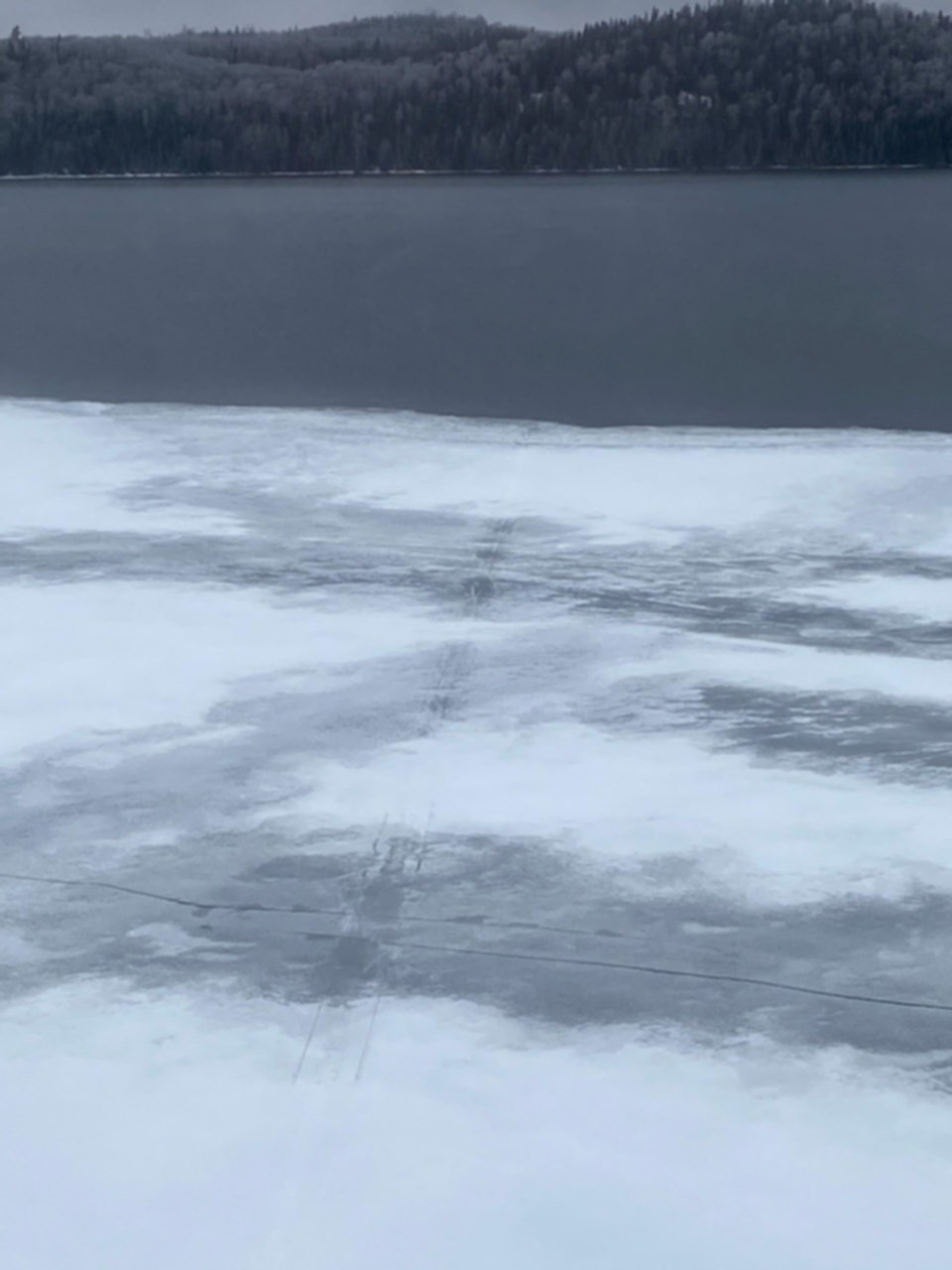 A snowmobiler who fell into open water near Wawa was rescued after an overnight search, OPP say.

A news release issued today by OPP states that officers responded to a report of an overdue snowmobiler on Friday around 9:40 p.m. in the area of Manitowik Lake near Wawa.

Police say attempts to locate the snowmobiler were unsuccessful.

The next morning, an aerial search revealed a single snowmobile track going off the frozen lake surface toward open water. Police say while searching the area, officers located a helmet on the ice where the sled initially went into the water.

Police say they observed a large plume of smoke coming from the shoreline, and as they approached, noticed the missing person outside a cabin waving to them.

Police say the letters' SOS' were written in the snow with coffee grounds.

The snowmobiler was rescued and transported to hospital, where they were treated for non-life threatening injuries and later released.