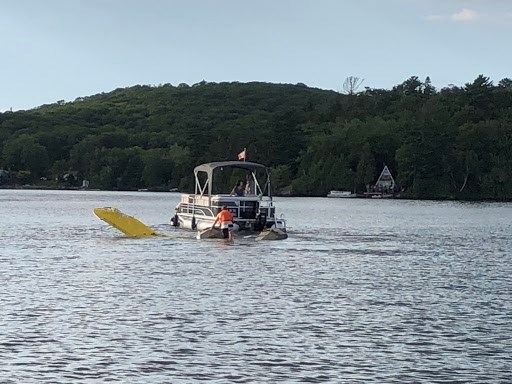 Submitted photo by SooToday reader Brad Garson shows the small plane that crashed on Upper Island Lake about 6:30 on Saturday.

Neither the pilot nor passenger in a plane that crashed on Upper Island Lake required additional medical treatment at hospital says Ontario Provincial Police.

The full text of a release from the OPP on the incident follows.

Upon police arrival, both the pilot and the lone passenger of the aircraft had been brought to safety by local residents. Both parties were assessed by Algoma EMS on scene and found to have sustained only minor injuries as a result of the crash. Neither person required additional medical treatment at hospital.

The OPP would like to thank all those who assisted in rescuing the occupants from the water!