An Ontario judge has ordered demonstrators to permanently leave a construction site at the centre of an Indigenous land dispute, saying he won't hear constitutional arguments in the case because previous orders to clear the area were ignored.
Oct 22, 2020 6:30 PM By: Canadian Press 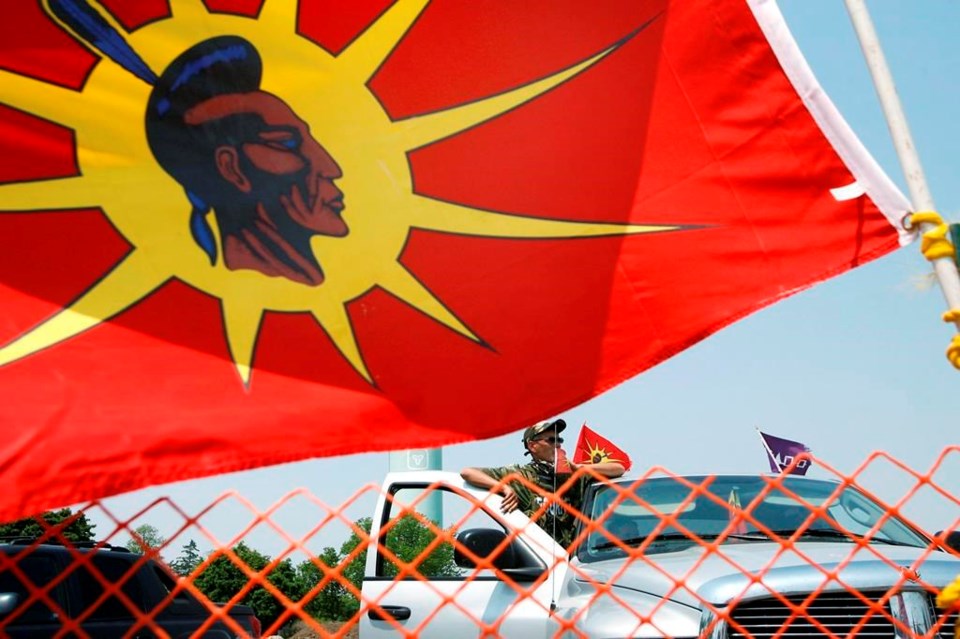 An Ontario judge has ordered demonstrators to permanently leave a construction site at the centre of an Indigenous land dispute, saying he won't hear constitutional arguments in the case because previous orders to clear the area were ignored.

Hours after the ruling, provincial police said cruisers near the McKenzie Meadows site were approached by protesters and were heavily damaged. No injuries were reported and police said an investigation was underway.

Earlier in the day, Justice John Harper said he was issuing a permanent injunction against the protesters at the housing development site after hearing arguments from Haldimand County and Foxgate Developments.

Demonstrators who have been occupying the site for months argue that the development near Caledonia, Ont., and Six Nations of the Grand River First Nation is on unceded Indigenous land, and that it violates the sovereignty of the Haudenosaunee people.

Thirty-three people have been arrested to date in relation to the demonstration, according to provincial police.

A temporary injunction ordering demonstrators off the site was issued in August, and Harper again ordered protesters to leave the area earlier this month.

Skyler Williams, a spokesman from the demonstrators' camp who was named on the August injunction, said he plans to appeal the judge's order and present constitutional arguments related to the dispute that were struck from the court record on Thursday.

"We are going to be appealing this at the Ontario Court of Appeal and saying there we were not given an opportunity to make any of those arguments," Williams said by phone after the hearing.

He said the outcome of the hearing and the case itself speaks to the divide between Indigenous people and court processes in Canada.

Williams also said the permanent injunction has not changed the demonstrators' position.

"We've been committed and are going to remain committed to defending our territory," he said. "That includes staying on the land here."

Harper ruled Thursday that Williams could not represent himself in court or present constitutional arguments in the case while he and others were in contempt of the court's order to leave the site.

The judge said the courts must recognize the history of abuses against Indigenous people, but grievances in Canada must be dealt with "respectfully," in good faith and by following the courts' orders.

"That has not been done in this case," Harper said.

The judge said the continuing occupation at the site after his orders risked harm to the community and damages to the site.

"Damaging property by spray painting them and pronouncing, 'This land is now Land Back Lane 1492' ... that does not go the route of a civil society by way of negotiation," he said.

Harper had declared Williams a "leader" of the protests based on his social media posts - a title Williams has consistently rejected.

Williams argued again on Thursday that he is not a leader of the camp and said he cannot compel people to leave the site, as the judge had ordered in an Oct. 9 hearing.

On that date, Harper said the site must be empty before any constitutional arguments could be made.

Appearing over Zoom for Thursday's hearing, Williams spoke to the importance of considering the context behind the land dispute and Indigenous people's treatment under the law.

He also warned that a permanent injunction would run the risk of
"extinguishing" land rights and the furthering of any claims.

"Land issues cannot be solved through injunctions," Williams said during the hearing.

Harper said Williams had other options, such as going to a land claim tribunal, but said "to take the law into your own hands" is not an option.

Paul DeMelo, a lawyer for Foxgate Developments, argued that the company has evidence that it has title to the land, and it does not have a duty to consult Indigenous communities over the development because that is a Crown responsibility.

He also argued that the disruption has caused harm to the company and the homebuyers who intend to live in the houses that have not been built yet.

Presenting arguments for Haldimand County, lawyer Woody McKaig said a permanent injunction was appropriate because the county has no other way to prevent future blockades from occurring on its roads.

Lawyers for Ontario and the federal government attended the hearing over Zoom but did not make arguments after Williams' constitutional submissions were not heard.