A guide to who should self-isolate over COVID-19, when to do so and how

TORONTO — News that Prime Minister Justin Trudeau and his wife Sophie Gregoire Trudeau would remain in self-isolation after she tested positive for COVID-19 on Thursday has focused fresh attention on a key strategy meant to contain the disease's spre
Mar 13, 2020 12:37 PM By: Canadian Press 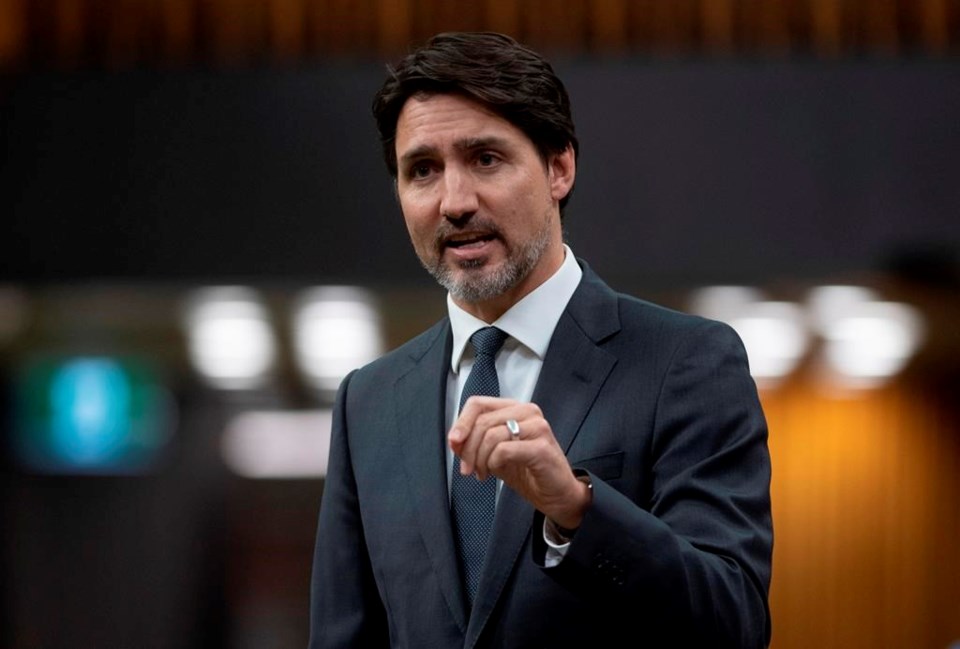 TORONTO — News that Prime Minister Justin Trudeau and his wife Sophie Gregoire Trudeau would remain in self-isolation after she tested positive for COVID-19 on Thursday has focused fresh attention on a key strategy meant to contain the disease's spread.

Medical officials say individuals play important roles in limiting COVID-19 infection, with anyone who suspects illness urged to limit contact with others.

But if symptoms aren't obvious and past contact with an infected person is not clear, when should someone self-isolate and how is that done?

As of Thursday, the Public Health Agency of Canada (PHAC) said the public health risk is low for the general population, but this could quickly change.

Here's a look at what medical and public health experts say about when and how to self-isolate.

Anyone with COVID-19 should stay at home and self-isolate, unless told to seek medical care, says the Public Health Agency of Canada. Travellers to COVID-19 hotspots should also self-isolate, including anyone who has travelled to China, Italy or Iran in the last 14 days.

If you have travelled anywhere outside of Canada, monitor your symptoms for 14 days, and if you develop symptoms, PHAC says to call your local public health authority. Toronto Public Health, for instance, says to self-isolate if you have symptoms.

You may also be told to self-isolate if you've been in close contact with someone who has the disease or is being tested for COVID-19, adds Dr. Alon Vaisman, an infectious diseases physician at Toronto General Hospital.

You may also be isolated because you have symptoms and are awaiting test results.

I ATTENDED A CONFERENCE WHERE AN ATTENDEE TESTED POSITIVE FOR COVID-19. SHOULD I SELF-ISOLATE?

That's because each jurisdiction uses slightly different definitions of "contact," he says, noting it's "very loosely defined" on the websites for the Centers for Disease Control and Prevention, and the World Health Organization.

"It's probably something like anything more than a minute of face-to-face contact with a confirmed case," he says.

"Some jurisdictions might go more than that — they might say, if you're simply in the same room or if you've had a few minutes of passive interaction with somebody. The problem is, unlike in other diseases where we have the definitions of who's a contact and who's not, here we don't have a very set definition, and each agency will use what they think is most appropriate."

Local health authorities will also know who was in what place, in what location and at what time, he says, and can guide you on whether it's appropriate to self-isolate.

WHAT DOES IT MEAN TO SELF-ISOLATE?

Ideally, self-isolation means halting all contact with others, and setting up a space dedicated solely to the person being isolated, says Vaisman.

Avoid visitors and get supplies delivered so you don't have to run errands, says the public health agency. Those supplies should be dropped off outside, and with a two-metre distance.

If you must leave home, wear a mask or cover your mouth and nose with tissues, and maintain a two-metre distance from others, the health agency adds. Avoid people in hospitals and long-term care centres, especially older adults and those with chronic conditions or compromised immune systems.

Complete isolation is easier said than done for most people who share homes with others, acknowledges Vaisman, and becomes especially important if the household includes anyone with compromised immune systems, respiratory issues or the elderly, who are at higher risk of COVID-19 complications.

I AM ISOLATING MYSELF BUT LIVE WITH OTHERS. HOW DO I PROTECT THEM FROM INFECTION?

If it's not possible to completely be on your own you should try to segregate parts of the home, says Vaisman. Do not use common spaces at the same time, dedicate a separate washroom to that person if possible, and don't share towels or toiletries. Clean spaces where that individual has been and do not touch surfaces that person has touched before cleaning.

Ideally, an infected person should be kept out of the kitchen entirely, adds Vaisman, even if they are typically the household cook.

"It's all in a hierarchy of what practically can be done in your home," says Vaisman, acknowledging that not everyone can accommodate all measures.

"The hierarchy starts with being completely on your own, then the second-best thing is minimizing travels within the house, the next best thing is not interacting with people directly."

I SHARE A HOME WITH ANOTHER PERSON ALSO TOLD TO SELF-ISOLATE, DO WE POSE A RISK TO EACH OTHER?

Vaisman says that depends on whether you know for certain you both have the virus and are not just suspected of infection.

"If you both certainly are confirmed to have the virus that (means) much lower risk to each other, because, as far as we know, you can't reinfect somebody with a virus," says Vaisman.

Also unclear is how soon you can be reinfected after recovery, meaning it's not clear if couples infected at different times could prolong the illness in each other.

"If you have two individuals quarantined, I suppose you also have to think about the practical aspects if they're both infected. Can they practically be in two different places? It's hard enough to put one person in one place," says Vaisman.

WHAT ELSE SHOULD I DO TO STAY SAFE?

Global experts are united in identifying handwashing as one of the best ways to limit infection and spread in the community, as well as covering your mouth when you cough or sneeze and not touching your face.

WHY DOES THIS MATTER?

"Really, the name of the game is to protect the scarce health-care resources, that's what this is all about," says Vaisman.

"If you have a huge peak of cases the health-care system is overwhelmed and people not only with the virus will die but people without the virus who are there for other reasons are going to die. So if you can do anything you can to try to spread this out for as long as you can to allow the hospitals to accommodate, then you're going to be saving lives."