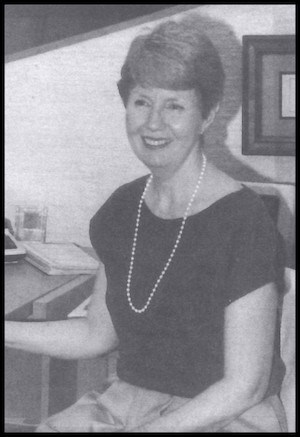 (October 22, 1930 – February 24, 2020) – Passed away peacefully at her home in North Las Vegas, Nevada at the age of 89. Dear wife of Stanley G. Toland for 36 years. Predeceased by her parents James and Arminella McComb, brothers Thomas, Jim and Bill. Survived by many nieces and nephews. Pat was born and raised in Sault Ste. Marie, attending King George School before graduating from the Toronto Conservatory of Music as a concert pianist. At the age of 18, she moved to New York City working various jobs and becoming an Executive Secretary. She moved to Detroit, Michigan where she became a Stock Broker and helped comprise a company called Texas Chemical. After working in Detroit for a few years, she moved to southern California where she worked in the financial district of Newport Beach and became the Executive Secretary to the President of McDonald Douglas Corp. in Long Beach, California, where she retired and moved to North Las Vegas. Pat loved to travel, play the piano and was always eager to take on new adventures. She was a devoted member of the Christian Science Church. A private service was held in North Las Vegas.

ERDMAN, Arlyne
Gone but never forgotten ...
Helen David
In loving memory of our dear mom who passed away 6 years ago. We miss you. ...

FILIPETTI, Florence
In loving memory of our Dear Mom and Nonnie who passed away one year ago today. ...