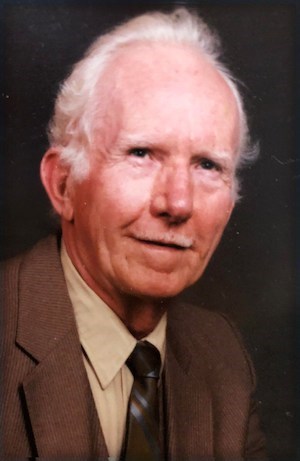 Hugh passed away peacefully at ARCH on Friday, April 30th, in his 94th year.

Due to COVID restrictions, there will be no funeral at this time but a celebration of life at a later date. Arrangements entrusted to the Arthur Funeral Home - Barton & Kiteley Chapel (492 Wellington St. E. - 705-759-2522).  Please visit Arthur Funeral Home website obituaries to leave memories and condolences as a keepsake for the family.  Memorial donations payable by cheque or online to ARCH or the United Church of Echo Bay would be appreciated by the family.

Hugh lived a full life with many interests, including camping, travelling, fishing, carpentry, card playing, being a Amateur Radio Operator and attending their regular get togethers.  Hugh enjoyed his many grandchildren and great-grandchildren.  He was a jack of all trades and a master of many.  Included in his varied career was work on the electrical frequency conversion throughout Ontario and Panama.  He spent the later years of his career as a General Foreman at Algoma Steel.  After his retirement, Hugh kept busy helping his children with the numerous jobs they found for him to do.  He will be missed greatly but we are glad we have had such a long time together.

VE3 EAV is now a silent key.  Rest in peace.

HARRY, Alexander C.
“Grief never ends....but it changes. It’s a passage, not a place to stay. Grief ...
MASSE, Dodie (Doreen)
Four long years since you left us and your pain ended And I miss you every day ...
Edward Ivan LaCrosse
In Loving Memory of my Best Friend and Husband! He was so easy to Love, and ...

CATLING, Allen
It seems like only yesterday Dad that you were taken away...Today marks 20 ...

STROM, Bonnie
A year has passed on May 12 and not a day goes by that I don't miss you and the ...