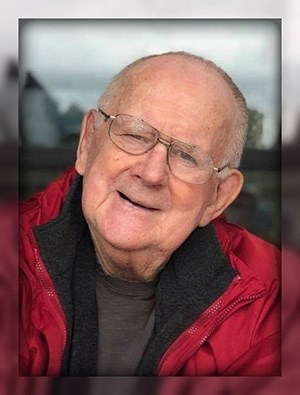 Dad is reunited with his loving wife of over 66 years, Bertha, who predeceased him in June 2016.

Brother in law of the late Beatrice Lacelle ( late John), the late George, late John (late Barbara), Shirley Brunet (Leo), Albert ( late Gladys), and the late Gary.  He spent many years working with the Multiple Sclerosis Society, and was a support network to many people he met.

As per Jim’s wishes, cremation has taken place.  A private burial and family gathering will take place at a later date. Dad's family would like thank the caring staff at the F.J. Davey Home for their care and compassion and also to the care providers that supported dad while he was still living at home.   Memorial donation (payable by cheque or online) to the Sault Area Hospital Foundation would be appreciated.   Arrangements entrusted to Arthur Funeral Home - Barton & Kiteley Chapel (492 Wellington St. E. 705 759 2522). Please visit Arthur Funeral Home website obituaries to leave memories and condolences as a keepsake for the family.

Ashley Williams
Although 13 years have passed , it seems like only yesterday that you gained ...

MARTIN-SCULLINO, Merle (nee Kennedy)
10 years seem like a lifetime ago. Keep watching over all of us. You'd be so ...
ERDMAN, Arlyne
Gone but never forgotten ...
Helen David
In loving memory of our dear mom who passed away 6 years ago. We miss you. ...

CALAM, Jeffrey John
In loving memory of a beloved son, brother and friend who passed away 4 years ...