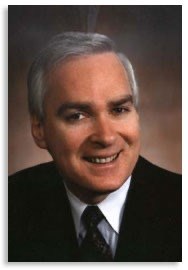 Born in 1943 in Thessalon, Ontario, he passed in Toronto on January 10, 2020. Predeceased by his mother Sarah Joyce, his father George Robert McConnell, and his brother W. Terence McConnell.

He is survived by his wife of 55 years, Sylvia (née Williams), his son Craig McConnell (Emma Zarobyan), his granddaughter Madeleine McConnell and his sister Judith MacDougall (Robert).

Born with an exceptional gift for languages and a deep intellectual curiosity, Robert enjoyed travelling the world and connecting with new people. He had native fluency in French, German and Italian, and acquitted himself very well in a variety of other languages. His favourite city was Paris, and he made sure to visit it once a year.

A gifted hockey player, a skill acquired during snowy winters in his native Sault Ste. Marie, his passion for the game continued throughout his life, and he played for many years in a variety of leagues until he broke his ankle on a goalpost after a lightning breakaway.

Robert left Sault Ste. Marie at age 16 to study Modern Languages at the University of Toronto, where he wrote poetry and was editor of the literary magazine Acta Victoriana. After teaching in Germany for a year, he obtained an M.A. in German at the U of T and eventually an M. Ed. He taught in Toronto high schools for nine years before becoming the coordinator of Modern Languages at the Scarborough District School Board. As an administrator, he was a mentor and friend to many young teachers, and an expert in delivering French immersion programs. He initiated and ran a summer school French credit program in Leysin, Switzerland for 25 years, nurturing further generations of language learners.

In addition to numerous articles in academic journals, he was the author of more than 370 textbooks in French as a Second Language, ranging from primary through university levels. He also authored numerous trade books, including children’s picture books and artbooks in English. He worked with A. J. Casson of the Group of Seven on his memoirs.

After retirement from the TDSB, he became co-ordinator of the Toronto District School Board (TDSB) / Canadian International Development Agency (CIDA) / Estonian Ministry of Education Language Immersion Project, providing leadership to the Estonian Government in its efforts to introduce Estonian immersion to its large Russian-speaking minority. This pioneering program is now being emulated around the world.

Robert touched many people in his life with his generosity of spirit, his humour, and his empathy. An entertainer at heart, he was the life of every party, which he would enliven with his quick mind and often hilarious repartee.

A funeral will be held at St. John’s York Mills Anglican Church in Toronto on January 27 at 1 p.m. followed by a reception at the church.

In lieu of flowers, donations in his name can be made to St. John’s York Mills or to the Odette Cancer Centre at Sunnybrook Hospital (payable by cheque). Local arrangements entrusted to O’Sullivan Funeral Home and Cremation Centre, 215 St. James St, 705-759-8456.