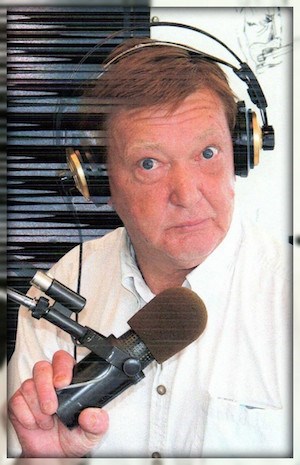 We regret to announce Bob’s passing on November 3, 2018 at the Thunder Bay Regional Health Science Centre.  Bob was the first born to Joyce and Fraser MacDonald on August 21, 1949.  The family moved to Sault Ste. Marie where Bob grew up it became evident that he had a natural talent for music.  He was passionate about being a drummer in a band.  As time went on he discovered his voice and performed in operettas and operas in Sault Ste. Marie and later at  Magnus Theatre in Thunder Bay.  Bob started his broadcasting career at CJIC in Sault Ste. Marie delivering the news and weather until he was offered the opportunity to be an announcer for 580 CKPR in Thunder Bay in 1977.  Always a quick wit, he also spent several years delivering the weather on the local television news, where he was known both for his humour and his dexterity, able to write temperatures on the weather board with both hands as he delivered the nightly forecast.  Bob also enjoyed doing updates on traffic and weather conditions for Thunder Bay area.  He devoted much of his time to local charities over the years, including The Cystic Fibrosis Telethon and Easter Seals.  An avid golfer in his earlier years, Bob also loved spending time with his partner Christiane nestled on their little piece of paradise at Whitefish Lake.  He especially enjoyed fast snowmobile rides on the lake.  The impish grin on his face and glint in his eyes revealed that in those moments he’d experienced freedom from life’s challenges, replacing them with the thrill of the ride.  Bob is survived by his partner Christiane Liewe, his father Fraser, his brother Gary and nephew John Paul MacDonald in Sault Ste. Marie.  He was predeceased by his mother Joyce in 2017.  At his request, cremation will take place.  If friends so desire memorial donations to the Sault Area Hospital – Renal Dialysis would be appreciated or donation to the charity of your choice.  Many thanks to Gary Rinne, Carmen Doré and Ned Steeves for their unconditional support and care through this difficult time.  A celebration of Bob’s life will be held Thursday, November 15, 2018 in Thunder Bay.

LEE, Robert Bobby
Robert (bobby)Lee it has been 8 years January 17th you are always in my heart ...

FAUGHT, Sgt. John Wayne
In loving memory of our Hero! It has been 11 years since John was killed in ...
WILLIAMS, Victor
Always on my mind Forever in my heart You’ll be with me forever ...