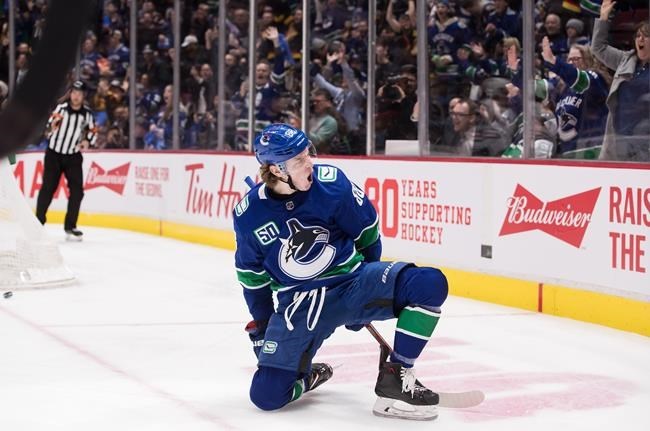 A native of Braintree, Mass., Gaudette was originally selected by Vancouver in the fifth round, 149th overall, at the 2015 NHL draft.

The 24-year-old Hawryluk, from Yorkton, Sask., agreed to a two-way contract.

Hawryluk had seven points (two goals, five assists) in 11 games for Ottawa last season after the Senators claimed him off waivers from the Florida Panthers.

Prior to joining the Senators, Hawryluk had a goal and two assists in 15 games with Florida, and an assist in six games with the American Hockey League's Springfield Thunderbirds.

Hawryluk has 10 goals and 22 assists over 68 career games with Florida and Ottawa.

Hawryluk was selected by Florida in the second round, 32nd overall, at the 2014 NHL draft.