MONTREAL — Magali Harvey, international women's rugby player of the year in 2014, was named coach of the McGill University Martlets on Thursday.
Jun 29, 2017 11:41 AM By: Canadian Press 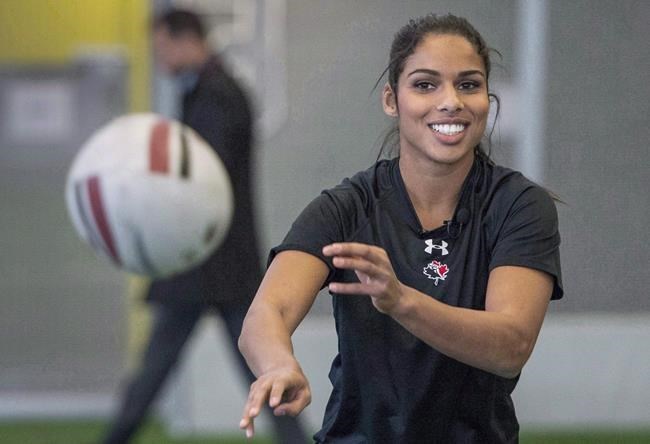 MONTREAL — Magali Harvey, international women's rugby player of the year in 2014, was named coach of the McGill University Martlets on Thursday.

She plans to continue playing for Canada while coaching in the fall season. McGill expects that she will help their women's team on the field and in recruiting talent.

"I will be continuing my journey with the national team and I hope my experience with them will help me bring new and innovative ideas to the Martlets," Harvey said in a statement. "In the past, I've always acted as a guest coach due to my lack of availability, so this head coach position is a new and thrilling challenge that I look forward to undertake."

The Quebec City native earned a Level-2 coaching certification with the Waikato Rugby Union in New Zealand. She has served as a guest coach at Andre-Laurendeau College as well as with Rugby Quebec and Rugby Canada.

She replaced Matthew Stephens, who stepped down recently after four years as coach.

The Martlets, based at the university's Macdonald campus in Ste. Anne de Bellevue, Que. since 1998, will move downtown to Percival Molson Stadium this season. They open the regular season Sept. 4 against Concordia.