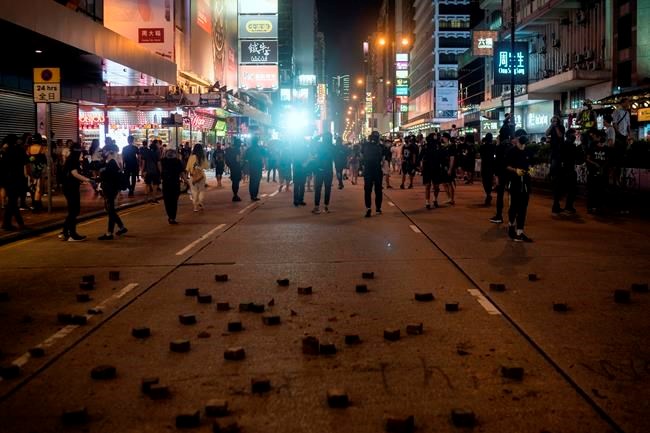 Hong Kong fans booed and turned their backs when the anthem was played for their team before a Sept. 10 qualifier at home against Iran.

The game took place amid ongoing pro-democracy protests against China's rule of Hong Kong, which was under British rule until 1997.

FIFA said Wednesday the charge against Hong Kong was "disturbance during national anthems; use of objects to transmit a message that is not appropriate for a sports event."

Hong Kong, which lost 2-0 to Iran, has its next home game on Nov. 14 against Bahrain.

The game was suspended for several minutes late in the second half because of clashes between fans. Malaysia won 3-2 with a goal in the seventh minute of stoppage time.

FIFA warned Malaysia a first time for its fans' lack of discipline and throwing objects, and again for lack of order in its own stadium days later when hosting a qualifier against the United Arab Emirates.

After crowd disturbances at Sierra Leone's home qualifier against Liberia last month, FIFA imposed a 50,000 Swiss francs ($50,250) fine and ordered a home game to be played in an empty stadium.

Sierra Leone was eliminated and the punishment should be served at a qualifying game for the 2021 Africa Cup of Nations.

Anthony Cirelli scores first career hat trick, Lightning beat Jets 7-1
Jan 17, 2020 10:43 PM
Comments
We welcome your feedback and encourage you to share your thoughts on this story. We ask that you be respectful of others and their points of view, refrain from personal attacks and stay on topic. To learn about our commenting policies and how we moderate, please read our Community Guidelines.