CALGARY — Elephants are said to seek out the fallen, fermenting fruit of the marula tree. Waxwings flock in spring to berries still hanging from branches and fly erratically thereafter. Swedish elk behave strangely after gorging on rotting apples.
Apr 29, 2020 5:24 PM By: Canadian Press 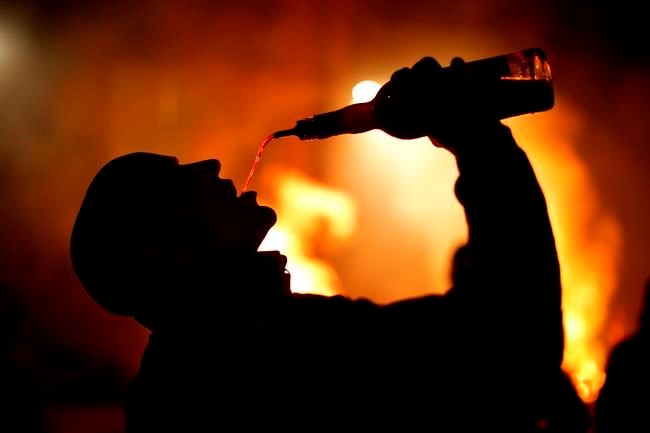 CALGARY — Elephants are said to seek out the fallen, fermenting fruit of the marula tree. Waxwings flock in spring to berries still hanging from branches and fly erratically thereafter. Swedish elk behave strangely after gorging on rotting apples.

Newly published research that began by looking into the diet of early human ancestors has ended up shedding new light on old stories about the relationship between animals and alcohol.

"We're interested in how humans have adapted to their diets," said Mareike Janiak, a University of Calgary anthropologist whose paper  was published Tuesday.

"We wanted to know how unique humans really are."

Scientists have long theorized that primates which eventually evolved into humans first became exposed to ethanol — the form of alcohol found in drinks — when they began living on the ground instead of trees, about 10 million years ago. There was a lot of fruit lying around down there, goes the thinking, and some of it would have been fermenting.

"We may have been exposed to a lot of rotting fruit on the ground," said Janiak.

However, being frequently drunk in an environment shared with lions is not an evolutionary advantage. Eventually, a genetic mutation developed that enabled those prehumans, as well as gorillas and chimpanzees, to metabolize alcohol about 40 times faster than other animals.

Janiak and her team wanted to find out which other animals have that mutation.

It turned out that of 85 different mammal species, almost all have the requisite gene. But few have the mutation required to burn through the booze.

The ones that do tend to be animals that have a high portion of fruit or nectar in their diet. Those that don't tend to be leaf-eaters or meat-eaters.

Which leads back to the drunken animals.

Such stories abound, from Alberta deer rearing on their hind legs for the last few oozing crabapples to monkeys on the West Indies  island of St. Kitts stealing drinks from tourists. Yet scientists have been skeptical about whether animals actually get intoxicated.

Some call it anthropomorphism — projecting human characteristics on animals. Others point out that the level of alcohol in rotting fruit is such that an animal like an elephant would have to eat an impossible amount to feel any effects.

Janiak's research suggests that, because they lack the genetic adaptation to metabolize the alcohol quickly, most animals simply can't hold their liquor.

"If you can't metabolize ethanol very quickly, you are more likely to feel the effects of it or have a lower threshold of how much you can consume," she said.

"We're not proving that the stories are true, but we're casting doubt on the previous debunkings. The anecdotes could be true."

Perhaps the animals sniff out alcohol because they know fermentation requires sugar, and sugar is food. Or perhaps they have other reasons.

On those, Janiak's paper is silent.

"Whether or not they're after the effects of the ethanol, that we can't say," she said.

"That would be impossible to know. Maybe there is something about it that they do like. I can't think of a way to (study) that."

This report by The Canadian Press was first published April 28, 2020

Note to readers: This is a corrected story. An earlier version said the monkeys were on Madagascar.