MONTREAL — Quebec's minister responsible for the French language said he will introduce a bill strengthening the province's language law when the legislature returns from its winter break.
Nov 24, 2020 4:18 PM By: Canadian Press 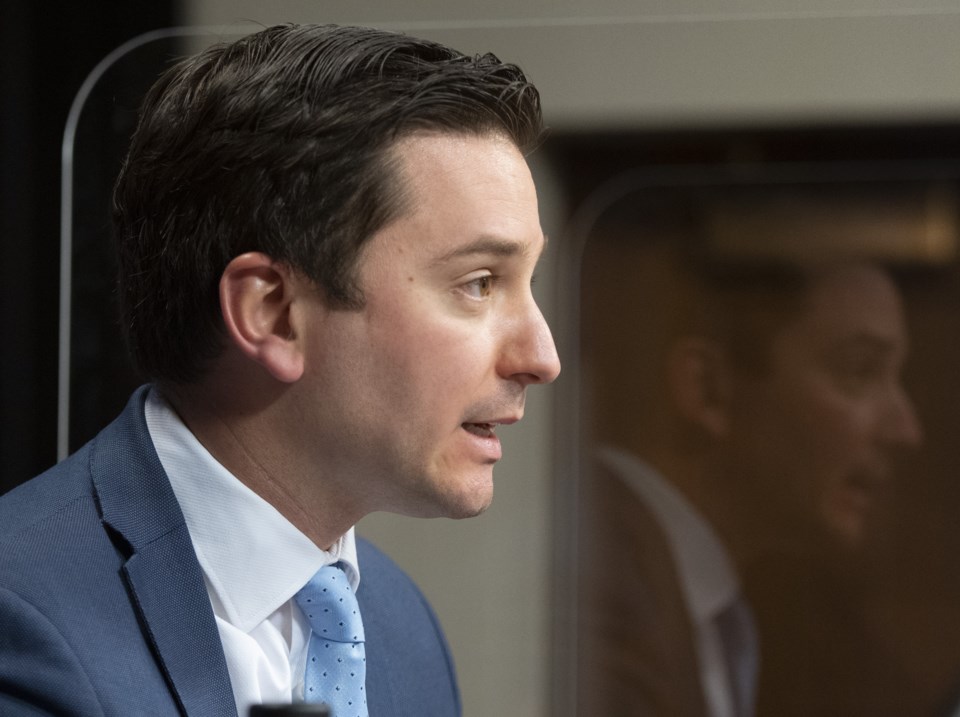 MONTREAL — Quebec's minister responsible for the French language said he will introduce a bill strengthening the province's language law when the legislature returns from its winter break.

Simon Jolin-Barrette said he's concerned that the use of French in the province is in decline, particularly in Montreal. "Quebec was born in French and it will remain that way," he told reporters Tuesday.

The state of the French language in Quebec — particularly in Montreal's downtown core and among immigrants — is a constant preoccupation of nationalists, who have demanded for years the government reinforce the 1977 language law, known as Bill 101. Politicians and media personalities regularly lament how they are greeted in English in downtown Montreal stores.

Quebec's office of the French language, which is the enforcement arm of Bill 101, reported in 2019 that on the island of Montreal, the percentage of people who have French as a mother tongue declined from 52.1 per cent to 46.1 per cent between 1996 and 2016.

Jolin-Barrette said Tuesday he wants to ensure that francophone Quebecers can work and obtain services in French and that French remains the province's common language. He gave few details about what his law will look like, but promised Quebecers it will maintain the place of French as Quebec's only official language.

"The objective will be very clear: protect, value and promote the language of the Quebec nation, French," he said.

Later in the day, Premier Francois Legault said expanding Bill 101 to junior colleges isn't part of the government's plan — for now. Legault said restricting access to those institutions "is part of the discussions."

Jolin-Barrette said the new bill won't prevent English-speaking Quebecers from accessing services — including government services — in their own language.

He said the new law also won't affect the "inalienable" right of Indigenous Quebecers to preserve their own languages.

Jolin-Barrette also suggested he wasn't ready to force companies with fewer than 50 employees to conduct their operations in French — as is required for larger companies. He said he didn't want to increase the bureaucratic burden of small and medium-sized businesses.

He defended his government decision to proceed with a language reform during the pandemic, saying the law hasn't been updated in 15 years. "I think it's urgent to act," he said.

Earlier in the day, Opposition Leader Dominique Anglade told reporters she's concerned that people aren't being served in French in stores but said the government should take an "inclusive" approach to encouraging the use of the language.

"I understand that a lot of people would like to really focus on the pandemic, but, if they want to table it today, we will be ready to discuss this today," Anglade said.

The Parti Quebecois said Tuesday that it plans to introduce a motion calling on the government to require immigrants, other than refugees, to know French when they arrive. Additionally, the sovereigntist party said it wants the government to redirect $750 million earmarked for McGill University and an English-language junior college to the French education system.

This report by The Canadian Press was first published Nov. 24, 2020.