OTTAWA — A global pandemic and the crash in oil prices helped push lobbying in Ottawa to record heights over the last two months.
Apr 29, 2020 3:59 PM By: Canadian Press 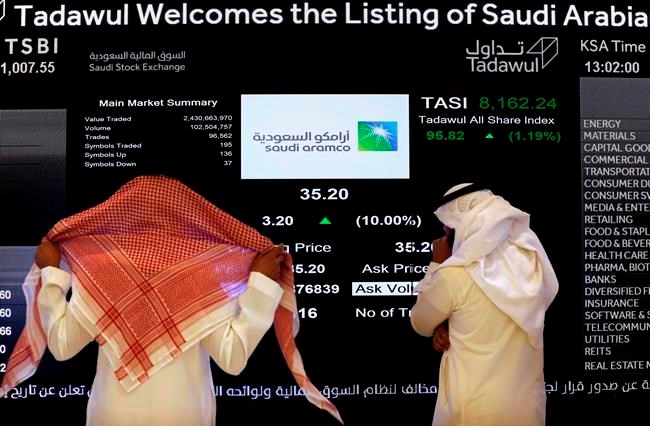 OTTAWA — A global pandemic and the crash in oil prices helped push lobbying in Ottawa to record heights over the last two months.

Statistics provided by the federal lobbying commissioner show 5,854 meetings and phone calls between public officials and outside consultants, corporate executives and organizations in February and March, up 40 per cent from those two months a year earlier.

Federal lobbying rules require all such meetings to be reported publicly.

February and March are typically among the heaviest lobbying periods because the federal budget is usually prepared and presented then. But the last two months showed even more activity than usual, with each month having more reports of lobbying contacts than any previous February or March over the last 11 years.

"I don't think the uptick in lobbying activity is that surprising," said Robin MacLachlan, a vice-president at Summa Strategies, an Ottawa-based government consulting firm.

"Stakeholders are critical to the government's approach (to COVID-19)."

He said the increase in meetings is both from outside organizations reaching out to government, but also government seeking input on what emergency pandemic aid was needed and then to identify gaps and unintended consequences of the multibillion-dollar programs that were rolling out at lightning speed.

In February, much of the increased traffic focused on climate change and energy, both of which were expected to be major elements in the budget that was supposed to have been tabled March 30. Finance Minister Bill Morneau delayed the budget indefinitely when the COVID-19 lockdowns began and the government's full attention pivoted to responding to the crisis.

In March, the lobbying in the energy industry continued unabated: Natural Resources Canada saw its number of lobbying contacts quadruple in the month compared to a year earlier, pushed by the devastating crash in oil prices thanks to a supply glut arising from competition between Saudi Arabia and Russia. The Canadian Association of Petroleum Producers alone held 28 meetings and phone calls with various government and opposition MPs, federal cabinet ministers and departmental officials between March 13 and March 31.

But health care also began to explode as an issue, as it became clear COVID-19 was not going to spare Canada.

The number of meetings sought with Health Canada officials jumped 40 per cent in February, then doubled in March. Health care was on the agenda for 160 meetings in March 2019, and 493 in March 2020. There are 69 people now registered to lobby just about COVID-19.

There was no contest, it seems, about which parliamentarians might be able to influence the outcomes of pandemic response. Contacts with MPs doubled in March, with 680 individual meetings with various consultants, advocacy groups and companies. Contacts with senators fell by almost half to just 56 meetings.

Greg MacEachern, senior vice-president at the government-relations firm Proof Strategies, said that MPs were the most heavily lobbied in the month comes as no surprise because in a crisis, everyone is looking for a champion.

MacLachlan said Canadians should anticipate the increased lobbying activity to continue at least until the end of the year, as the government moves from crisis response to longer-term recovery, a period that will continue to require significant input from organizations and businesses nationwide.