EDMONTON — Alberta Premier Jason Kenney says it's going to be a bumpy ride as oil prices fall due to reduced demand tied to the novel coronavirus outbreak.
Mar 2, 2020 5:03 PM By: Canadian Press 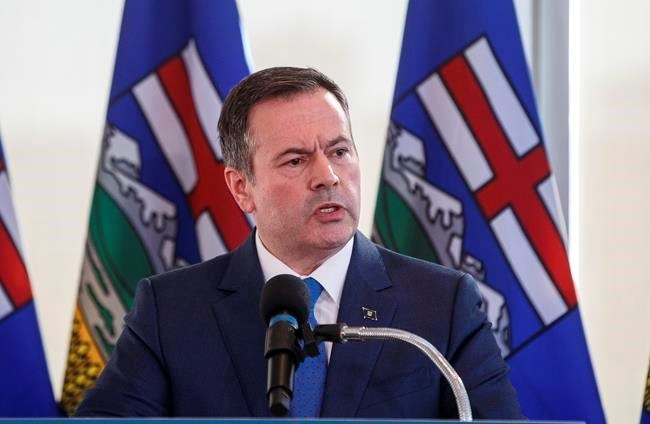 EDMONTON — Alberta Premier Jason Kenney says it's going to be a bumpy ride as oil prices fall due to reduced demand tied to the novel coronavirus outbreak.

"I won't hide it: it frustrates me that I think we're doing everything that we reasonably can to get this economy moving again. And yet we're being sideswiped by global events that are beyond our control," Kenney said Monday.

Alberta must keep leveraging the benefits of its well-educated and young workforce, along with its low-tax environment, while it waits for new pipeline projects to come online, he said.

The province is in a better position to weather low prices, because oil companies in the province have used lean times to find ways to reduce operating costs over the last five years, Kenney added.

"They've made lemonade out of the lemons of the 2015 downturn," he said.

"We may be in for a bumpy ride as a result of the coronavirus, but that is a global situation. It's not specific to Alberta, and we still have all of these amazing advantages."

Spread of the novel coronavirus, also known as COVID-19, has resulted in a downturn in the global economy, including oil prices. Alberta's budget, introduced last week, is banking on the West Texas Intermediate benchmark for oil at $US58 a barrel, but it has been hovering of late below $50.

Kenney promised voters in last spring's election that his United Conservative government would bring back jobs. But since last June, 50,000 full-time jobs have been lost and unemployment is about seven per cent.

Kenney's government has promised a recommitment to job creation, and on Monday, Kenney and Energy Minister Sonya Savage announced a $100-million loan to the Orphan Well Association to clean up more abandoned sites. They say it will create a projected 500 direct and spin-off jobs.

The premier has promised to eradicate Alberta's $6.8-billion deficit by 2023, in part by keeping spending costs in line. The Opposition NDP says the province is compromising front-line services by cutting staff in health, education and elsewhere.

In question period Monday, Opposition Leader Rachel Notley and Kenney accused each other of using unrealistic oil and growth forecasts.

"The premier has left Alberta landed in Oz and now he's stumbling down the yellow brick road forecasting GDP with the Tin Man," Notley told the house.

Kenney replied that the last fiscal forecast from Notley's former NDP government projected revenues $6 billion higher by 2022 than those in the United Conservatives' budget.

"We automatically cut $2 billion out of that revenue projection because it was so absurdly pie in the sky," said Kenney.

NDP Advanced Education critic David Eggen said the cuts put the lie to Kenney's promise to grow the economy through an educated workforce.

"We can deliver a stronger and more sustainable post-secondary system to ensure its viability for the future."

This report by The Canadian Press was first published March 2, 2020