Canada's public health measures have helped bring the national COVID-19 outbreak further under control, medical officials said Monday even as they cautioned a return to pre-pandemic life may not be in the offing for some time.
Apr 20, 2020 5:52 PM By: Canadian Press 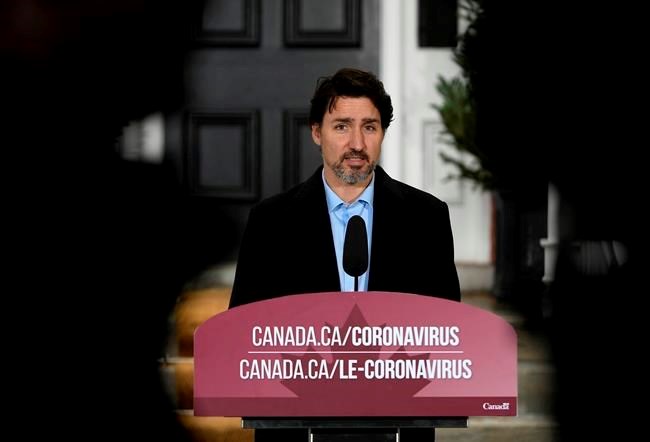 Canada's public health measures have helped bring the national COVID-19 outbreak further under control, medical officials said Monday even as they cautioned a return to pre-pandemic life may not be in the offing for some time.

A handful of provinces reported stable numbers of new positive cases, while Ontario — one of the provinces hardest-hit by the virus — said community spread has likely peaked.

Dr. Theresa Tam said much of the credit for the tentative turnaround lies with Canadians who have followed public health guidance and embraced physical distancing, but added those new habits must stay in place for some time.

"Now is absolutely not the time to change our current stance," she said. "We need to keep going on our public health measures. But I think it's a testament to the work of all Canadians that we have managed to move to this more positive direction."

Tam's assessment comes as Ontario, currently grappling with the second-highest case count in the country, released numbers showing progress in the province's fight against the novel coronavirus.

New government modelling shows the peak of the outbreak, previously expected in May, is unfolding right now in communities outside of congregate care settings. The figures showed the province is poised to witness the best-case scenario in terms of toll on the health-care system and the number of fatalities.

But the curve needs to flatten further before the province can end its declaration of emergency and begin reviving the economy, according to Barbara Yaffe, the province's associate chief medical officer of health.

"When we do start to lift some of the measures, it will not be a light switch on-off," she said. "It will be very gradual, and we will have to measure the impact of each change and make sure we're not seeing more infection as we lift it. Because once we lift it, it will be very hard to go back."

The situation in the province's long-term care facilities, group homes and jails remained bleak, with at least 127 outbreaks reported in such facilities across the province.

The fresh projections came hours after Ontario reported 606 new COVID-19 cases in the province, along with 31 new deaths since Sunday morning.

While the figure represents the highest single-day increase in positive diagnoses, the case growth rate has stayed relatively low and stable for the past week.

Numbers also continued to climb in Quebec, which has by far the highest COVID-19 caseload in Canada.

As the government recorded a provincial death toll nearing the 1,000 mark and total cases in excess of 19,000, Premier Francois Legault announced measures to ramp up staffing levels in the long-term care homes at the centre of the outbreak.

He said Quebec would delay all non-urgent activities in hospitals for the next two weeks to address a 2,000-person staff shortage in long-term care settings.

Meanwhile in Ottawa, often the scene of new federal initiatives to mitigate the impact of the pandemic, partisan wrangling resurfaced as the House of Commons resumed its regular operations.

But the Conservatives' bid to have Parliament sit in person several times a week throughout the pandemic was thwarted by the combined forces of the governing Liberals and other opposition parties.

A government motion calling for once-a-week in-person sittings, to be supplemented eventually by virtual sittings, was passed Monday by a vote of 22-15.

Prime Minister Justin Trudeau told reporters it would be "irresponsible" to resume parliamentary sittings at a time when health experts are urging Canadians to work from home as much as possible to slow the spread of COVID-19.

But Conservative Leader Andrew Scheer condemned the deal on Monday morning, saying Parliament needed to convene more often in order to hold the Liberals accountable for the sweeping measures and vast economic stimulus packages they're rolling out during the pandemic.

Those measures include the Emergency Response Benefit, which new federal numbers show has funnelled $19.8 billion in payments to Canadians who have lost income amid the widespread shutdowns caused by the pandemic.

At his daily news conference addressing the COVID-19 crisis, Trudeau mused on the way the pandemic would affect Nova Scotia residents after at least 19 were killed in a Sunday rampage believed to be the most deadly mass shooting in Canadian history.

"We understand how incredibly painful it is for families who have lost loved ones in Nova Scotia this past day to imagine that they will not be able to see them off together as a community," he said. "But at the same time, there are thousands and thousands of Canadians across the country who have lost loved ones to COVID-19...who haven't been able to gather to mourn, to grieve, to attend funerals. This is something that we are dealing with right now."

Nova Scotia reported 46 new cases on Monday, making it the epicentre of the outbreak in Atlantic Canada.

Prince Edward Island and Newfoundland and Labrador both reported no new positive tests on Monday, while New Brunswick said it had not recorded any new cases in six of the past 10 days.

Manitoba reported only one positive case, but the government opted to extend the provincial state of emergency until May 17 and is still considering whether to ease restrictions capping public gatherings at 10 people.

Saskatchewan, too, reported just one new case as of Monday.

More than 35,700 Canadians have tested positive for COVID-19, and over 1,600 people have died across the country.