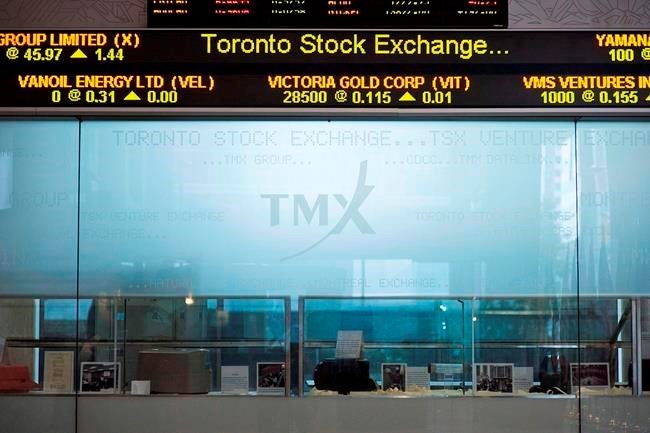 Beyond Tuesday, investors are awaiting results from the mega cap tech sector this week to assess the impact of COVID-19 on their earnings and ad revenues, said Anish Chopra, managing director with Portfolio Management Corp.

Meanwhile, investor sentiment has been positive as some countries countries and U.S. states start to reopen their economies or put in place plans to do so.

"That would certainly be the optimism there and that's weighing against just the investors waiting on tech earnings," he said in an interview.

Chopra said investors will monitor reopenings very carefully for any signs of flare-ups in cases of novel coronavirus, as has been the case in northern Japan.

"What it means is investors just have to be very vigilant on this and just take things on a case-by-case basis."

With markets recovering about half their losses, investors will be watching which companies and sectors face more of an impact to gauge the pace of recovery.

Investors will get more optimistic if there doesn't appear to be much of a problem several weeks after states reopen, Chopra said.

"To the extent that some of those states open up and coronavirus cases start to rise, there's issues with hospital capacity again, I think investors should be very concerned about how long it's actually going to take the economy to recover."

The Canadian dollar traded for 71.54 cents US compared with an average of 71.16 cents US on Monday.

The energy sector climbed 4.6 per cent with Vermilion Energy Inc. and Whitecap Resources Inc. up 9.7 and 7.7 per cent respectively.

That was despite the June crude contract falling down 44 cents at US$12.34 per barrel. The June natural gas contract was up 3.2 cents at US$1.95 per mmBTU.

Crude oil prices have been hit by concerns about available storage capacity in Cushing, Okla., as output substantially exceeds demand.

"So you have this massive surplus and what do you do with it? And that's the reason for the fall in the price of oil."

Eight of the 11 major sectors of the TSX were higher, with consumer discretionary and the heavyweight financial sector posting the largest gains after energy.

Consumer discretionary was helped by a 9.6 per cent increase in shares of BRP Inc., while Canadian Western Bank led the financial sector by gaining 5.7 per cent.

Health care was the big loser on the day, falling more than three per cent as cannabis producers Canopy Growth Corp., Aphria Inc. and Hexo Corp. down at least four per cent.