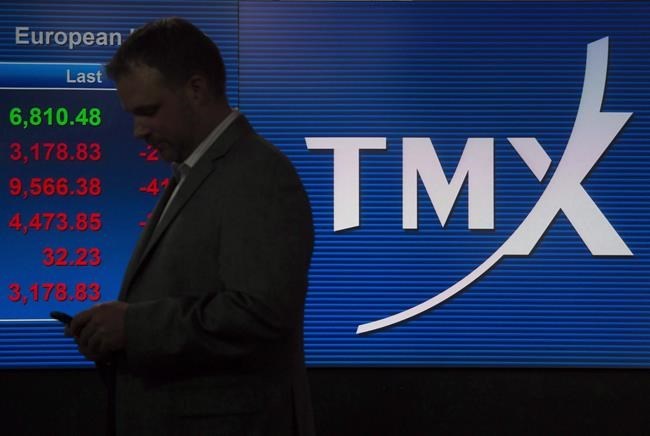 "People are sitting on their hands and nobody really wants to commit to anything ahead of the U.S. election," said Colin Cieszynski, chief market strategist at SIA Wealth Management.

He said the big money is waiting to see what happens because they don't want a repeat of 2016 — when they had to reverse their bets early the morning after Donald Trump surprisingly beat Hillary Clinton.

October has so far been a typically weak month ahead of a presidential election, Cieszynski said.

"It's not unusual based on past experience and historical results for (the) October ahead of a U.S. election to be choppy," he said in an interview.

After protracted negotiations that have failed to achieve a deal, investors aren't expecting a stimulus package until after the election, Cieszynski added.

The Canadian dollar traded for 76.10 cents US compared with 76.09 cents US on Thursday.

Financials led the TSX with the Bank of Montreal, Manulife Financial and Bank of Nova Scotia getting boosts as the economy continues to recover, and after U.S. banks posted "spectacular results."

Cieszynski noted that U.S. banks dialed back their multibillion-dollar provisions for load losses.

"So people could be anticipating that the Canadian banks might be able to start doing the same if things continue to improve, and most importantly, if we don't go back into full lockdown, either," he said.

Telecommunications slipped even though shares of Corus Entertainment Inc. increased 9.8 per cent.

This report by The Canadian Press was first published Oct. 23, 2020.