WASHINGTON — Eagles songwriter Don Henley urged Congress on Tuesday to “Take It to the Limit” to protect artists against online pirating, wading into a copyright fight pitting Hollywood and the recording industry against big tech platforms like Googl
Jun 2, 2020 8:20 PM By: Canadian Press 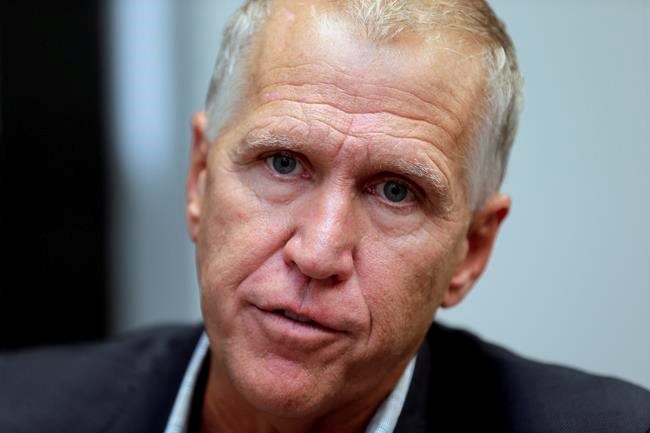 WASHINGTON — Eagles songwriter Don Henley urged Congress on Tuesday to “Take It to the Limit” to protect artists against online pirating, wading into a copyright fight pitting Hollywood and the recording industry against big tech platforms like Google’s YouTube.

The blockbuster hitmaker of the 1970s testified online from his home before a Senate Judiciary subcommittee weighing possible changes to a 1998 copyright law. The law allows holders of copyrighted material to formally ask parties they believe have taken their content without permission to remove it. The parties can dispute the claim. If they comply promptly with the request, there are no legal consequences. Otherwise, they may be subject to criminal penalties.

Henley said the law is weak and needs to be changed to make it more effective in stopping online piracy.

The so-called “notice and takedown” system under the copyright law is used by the movie and recording industries, entertainment software makers and book authors to pursue tech platforms, universities and other facilitators of file-sharing.

Henley called the copyright law “a relic of a MySpace era in a TikTok world.” With hundreds of millions of takedown notices sent, for every link taken down, “a dozen more pop up in its place,” he said. The system “still allows Big Tech to rake in revenue” after repeated copyright infringements, Henley said.

The copyright battle is being spotlighted in Congress at a time when U.S. tech giants are in an escalating feud with President Donald Trump and Republican lawmakers, who accuse platforms such as Twitter, Google and Facebook of suppressing conservative viewpoints. The dispute boiled over last week when Twitter attached warnings to some of Trump’s tweets, on mail-in voting and the use of force against people protesting the police killing of George Floyd. Trump, who is Twitter’s most prominent user, responded by issuing an executive order intended to chip away at the tech platforms’ legal shield for speech content they carry.

In the debate over online pirating, the subcommittee chairman, Sen. Thom Tillis, R-N.C., made his leanings clear. He said creative industries have been “absolutely decimated” by the economic fallout of the pandemic as well as online pirating of copyrighted material that hasn’t slowed down.

“Piracy has become easier and faster and much, much more common,” Tillis said. “The current system is failing and it’s failing badly.”

He confided that the first live music performance he saw, when he lived in Nashville, was the Eagles. The rock group, with Henley as singer, drummer and songwriter, produced some of the albums of all time in the 1970s.

The other senators who attended the hearing, Democrats Chris Coons of Delaware and Richard Blumenthal of Connecticut, expressed support for changes to update the copyright law.

Copyright holders maintain that some network operators have manipulated internet-provider addresses in a way to make other networks appear responsible for the file-sharing. Entertainment industries have been pushing tech platforms to do more themselves to police content that violates copyright.

On the other side, users of the content have accused copyright holders of alleging infringement where it doesn’t exist. Internet companies say they have worked actively with the creative industries to block access to illegal content and protect the copyrights.

Jonathan Berroya, interim president and CEO of the major trade group Internet Association, testified that the “overwhelming majority” of copyright infringement takes place on foreign tech platforms outside the reach of U.S. law and is not conducted by U.S. companies.

Tech companies themselves are in a golden age of creating content and investing in others’ projects, Berroya said.

They do not want to profit from illegally taken content, he said. Given the huge scale of piracy, tech platforms and the entertainment industries need to pool their resources and use new technology to identify violations.