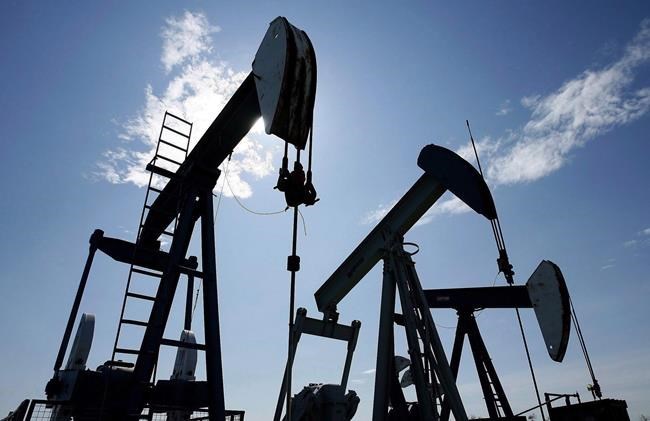 CALGARY — Alberta's oil curtailment quotas are set to end in December, nearly two years after the previous NDP government introduced them as a temporary measure to support oil prices.

The curtailments, reset monthly, are no longer necessary because 16 per cent of Alberta’s crude oil production is off-line, down from 22 per cent at the start of the COVID-19 pandemic, the UCP government announced Friday.

It added it will retain the regulatory authority to reintroduce the measures if necessary in 2021.

“Maintaining the stability and predictability of Alberta’s resource sector is vital for investor confidence as we navigate the economic conditions brought on by the pandemic, the commodity price crisis and the need for pipelines," said Energy Minister Sonya Savage.

"This purposeful approach serves as an insurance policy, as it will allow Alberta to respond swiftly if there is a risk of storage reaching maximum capacity while enabling industry to produce as the free market intended.”

The province quoted Genscape in noting that there were about 20 million barrels of oil in storage as of Oct. 16, down from nearly 40 million when the curtailment program began.

High inventory levels are blamed on the inability of the pipeline system to match the province's growing oil production levels, mainly from new and expanded oilsands projects.

The program has been controversial from the start, with oil producers such as Cenovus Energy Inc. largely in favour of it while oil producers that also own refining operations, such as Imperial Oil Ltd. and Suncor Energy Inc., adamantly opposed.

"This is a positive step forward ... This will allow markets to work as they are designed to do," said Suncor CEO Mark Little on Friday.

"Not only is this the most efficient and effective means to balance demand and supply, it also allows producers to appropriately manage and operate their business. Today’s decision contributes to the certainty, stability and simplicity producers need to operate and plan economically in a period of significant volatility."

Cenovus spokesman Reg Curren pointed out his company has been buying curtailment credits from other companies to produce above its curtailment levels, something it won't need to do in December.

"We have always maintained that a market-based approach is best and support the government’s move to end the current program," said Husky Energy Inc. spokeswoman Dawn Delaney.

In a report, RBC analyst Greg Pardy said the end of the program is beneficial for producers including Cenovus, Suncor, Canadian Natural Resources Ltd. and others that have been forced to choke back production at their facilities.

Suncor, for example, has not been able to maintain full production at its Fort Hills oilsands mine after expanding its capacity to 194,000 barrels per day in 2018. Earlier this year, it shut down one of its two extraction trains because of low oil prices.

However, a rebound in production could result in widening of the price discount on western Canadian crude versus U.S. benchmarks, Pardy warned, noting that lower oilsands output so far this year has reduced the discount on Western Canadian Select bitumen-blend oil.

The province's allowable production quota was gradually raised from 3.56 million barrels per day in January 2019 to 3.81 million bpd by year-end, a level maintained through the first 11 months of 2020.

The province says production was actually 3.1 million bpd in August and it's not expected to exceed export capacity before mid-2021.

The government's move to stop the program makes sense given the impact of the COVID-19 pandemic on the oil market, said Ben Brunnen, vice-president of fiscal and economic policy for the Canadian Association of Petroleum Producers.

"This enables companies now to be making decisions from a production perspective based on market fundamentals as opposed to government-mandated limitations," he said.

But he added it's unfortunate the government felt obliged to intervene in the market in the first place.

"CAPP supports transparent and unconstrained market access to ensure all of Alberta's oil production is delivered to desired markets at market clearing prices," he said.

The government says it extended what was intended to be a short-term measure because of ongoing delays to pipeline projects that would increase the province's export capacity.

Pardy said the completion of pipelines including Keystone XL, the Trans Mountain expansion, and Enbridge Line 3 "should enhance the province’s permanent ability to balance production and takeaway capacity, helping to ensure Alberta’s resources are exported at full value."